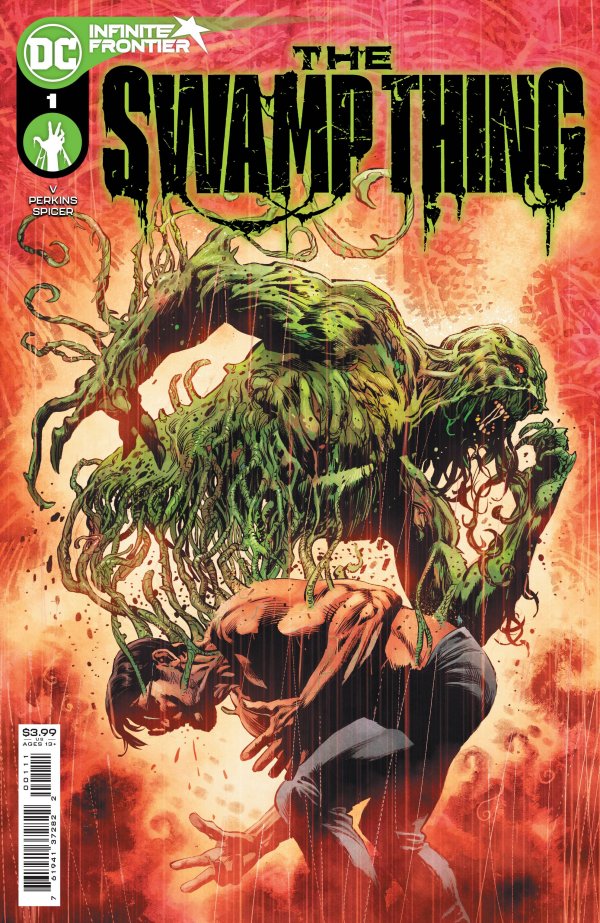 The Story — Something has changed Levi Kamei though he does not fully realize it yet.

The Take — Ram V, writer of things like These Savage Shores and Justice League Dark, teams up with artist extraordinaire Mike Perkins to tell the tale of a new Swamp Thing though they have not exactly come around to stating that fact as of yet. There is no Alec Holland here and no mention of The Green and that lends a freshness to the proceedings, ridding the book of a familiar crutch and makes the mystery of it all a little more potent. That mystery begins with Levi Kamei, of who he is and where he comes from, how he is becoming what he is becoming and why there are people following him. The man has nightmares where he turns into some kind of plant-based creature, not knowing that his nightmares hold a kernel of truth and that he is in fact that creature. The man is full of self-doubts, of his worth as a son which seems to have affected his life as a whole and so when given the chance to go back and see his father, he takes it. It is there that something happened to him and that has yet to be fully revealed, Ram V and Perkins holding it for some future issue, a little bit of the unknown to draw readers back for more. There is also a good dose of horror, not simply from the dreams that plague Levi but from an urban legend down in Arizona, of a thing called The Pale Wanderer, a monster who kills those who dare to cross his desert. That of course leads to a confrontation between Levi, who is in New York, and the Wanderer, a meeting made possible through Levi’s new powers though he knows it not. As it leaves off, readers know that there is going to be more to come between the two, for while Levi might have been easily dispatched this time, he is still coming into his own, his body and his mind trying to reconcile what is happening to him and when that finally happens, it should make for a very interesting tale. Ram V writes a good story, one that seems almost lyrical at times, packed with a slow-building tension like an episode of the X-Files and it piques the interest of the reader, keeping it through page after page and leaving it off on a cliff-hanger that makes it hard not to come back for the next chapter.