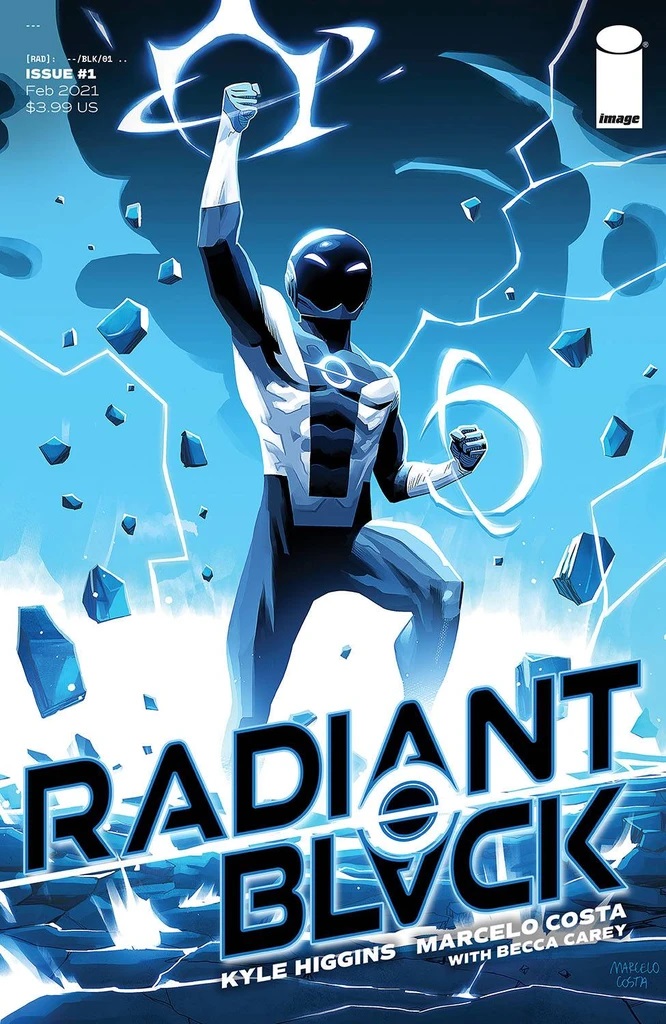 The Story – Nathan is deep in debt, has no prospects and is forced to move back home where on a night out with his friend Marshall, discovers a strange black object which gives him a fancy costume along with some amazing powers.

The Take –  With Radiant Black, writer Kyle Higgins takes the very familiar origin story as seen in many a comic, tweaks it a little and uses it to introduce his newest creation in Nathan Burnett. All of it, from start to finish, works well and readers can immediately identify with Nathan and the troubles he is going through. The only drawback perhaps is that unlike other books, one being Spider-Man as an example which was written for children of all ages, this particular book is more for those of an older demographic, one that will understand Nathan’s trials and travails. He is an interesting character and a likeable one and going forward, seeing how he handles his new powers will be a lot of fun. Higgins also introduces some of the supporting cast, Nathan’s parents and his old friend Marshall, the latter of which seems more than a little obnoxious. When it comes to the story, as familiar as it might be, it is entertaining and when it is all said and done, Higgins makes the reader want more which is always a good thing when it comes to any book. Joining the man on artistic duties is Marcelo Costa whose work is clean and crisp and very fresh. There are no wasted lines and each page has a cinematic quality about it, almost like it could be an animated feature and it really brings the story to life in grand fashion. The costume is fairly straightforward in design using a helmet in place of a mask which is also a nice change from the traditional. As for where it is all headed, Higgins does not exactly beat around the bush as it leaves off with a look at what can only be called a villain as well as leaving readers with more questions than answers. All of this equals a great start and a fantastic first issue of a series that is sure to garner a lot of fans.