A Clothesline to Hell – WrestleMassacre (2018)

Though the first half-hour is almost unwatchable, once WrestleMassacre gets going it turns out to be a lot of fun and a movie that any fan of either horror or wrestling will love.

To be fair, though the film might be packed with wrestling personalities, there are few that will be recognized by today’s casual watcher other than perhaps Tony Atlas, Nikolai Volkoff and Sandman and even then, they are long past their prime. As for the lead of the film, that falls to Richie Acevedo, otherwise known as The Cuban Assassin and for the most part, he turns in a decent performance. Acevedo plays Randy, the everyman – a guy with little self-confidence with a crap job and little in his future, a person that most have been able to relate to at some point in their lives. There is a girl he likes though she is with another guy and he dreams of being a wrestler like his father (Volkoff) but it is going nowhere, especially after he gets beaten down by Jimmy Valiant. He is a sympathetic character, one that the makers of this film would flesh out more than any other despite the limited script and it would be hard not to embroil oneself in his troubles. All of this leads to both him and the film going off the deep end as he becomes a mass murderer, gearing up to take on everyone who ever insulted him or looked at him funny and even a few 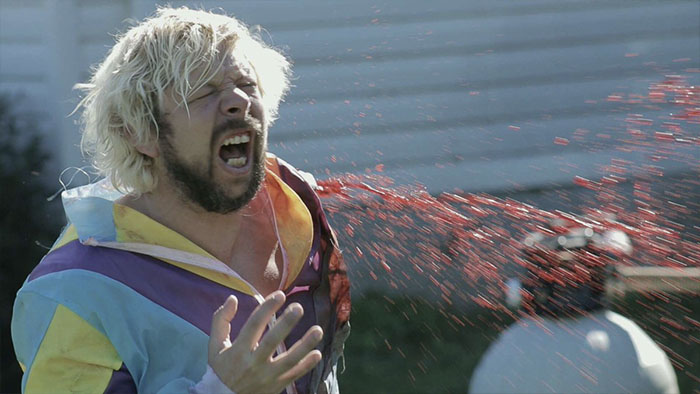 The wrestling moves look fake, some barely connecting which is somehow perfectly suited to the action and the film and usually after each move, someone loses a body part in the most horrific of ways. It is both hilarious and completely bloody and makes for an absolutely great time. The practical effects are great and once it really gets going, one cannot wait to see how Randy is going to kill the next person he runs into. There is a bit of nudity sparsed throughout which adds little to it all, the devil or a demon or whatever which is incredible as it is so out of place yet not, a title belt made up of human flesh with a face on it and some wrestling tidbits which some viewers might pick up on like the Halloween Havoc shoutout and coupled with the incredible violence which takes place, makes for a tried and true slasher.

All of that aside, WrestleMassacre is not a masterpiece and it will never be known as such unless it is the only movie that survives some apocalyptic event and even then, it is doubtful. The script is terrible, the acting is awful for the most part but one can see that everyone is having fun with it which shines through to the viewer thus letting the movie transcend from what it should have been to something more. It is aptly titled as well as there is so much blood and gore within, it will make other slashers feel ashamed that they did not include more than they did. Who would have thought that wrestling and the ripping-off of body parts would go so well together? 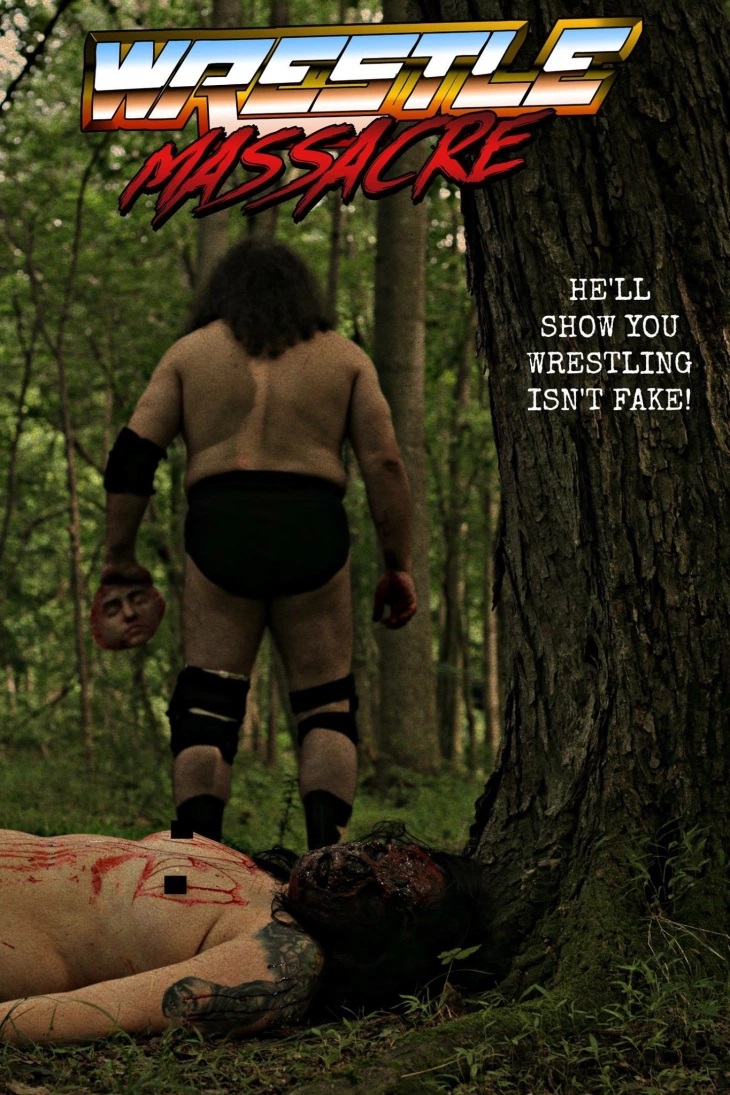