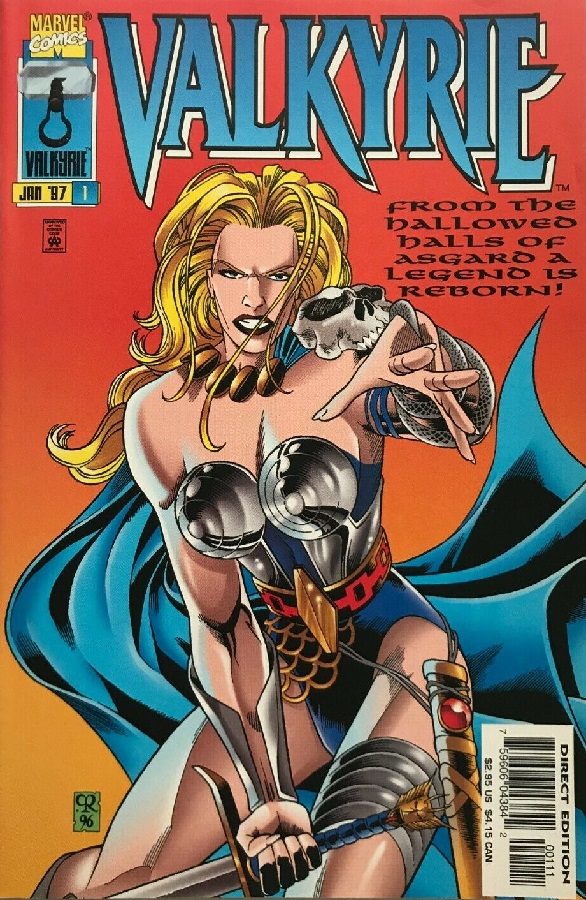 This one-shot released in 1997 starring Valkyrie finds a very confused and slightly frightened Barbara Norris who continues to have bad dreams every night and sees strange auras around various people. In her dream, she rides a flying horse called Aragorn and she sets free the souls of the dying so that they might go to their final destination. The dream always ends with something bad happening, like Aragorn losing his wings and the two of them plunging to their death. She has friends to rely upon and whom she talks to about the situation but when she starts to see that strange aura around them as well, it scares her even more so than before because she knows deep down just what it actually means. Also factoring into the picture is a stranger who supposedly just wants to help and yet when all is revealed, it is actually D’Spayre who is feeding off of her current emotional turmoil and that is when she learns her ultimate truth. Written by Len Wein, the book is okay as a whole but the man has definitely written some better stories during his career. Throughout the book, there is a lot of monologuing by both Valkyrie and Barbara, so much so that as a reader, you simply want the story to get on with it at times instead of revealing every single thought running through the character’s head as they speak it out loud to no one in particular. To that end, it makes the reading experience a bit of a chore at times which is never a good thing. As for the artwork, it too was quite uneven given how many people were used to bring it to life. One could easily tell when the book would switch to a different artist which was slightly jarring though not enough to be completely offputting. The story itself seemed like a new beginning for the character and to that end, it did just that and it would all end with a touching tribute to Mark Gruenwald who had passed away recently before this book was published. If one were to rate this book, it would simply be okay and nothing more than that. It had a lot of faults but overall, it still managed to tell a story that was not half-bad and would make fans of the character hopeful for better things to come.