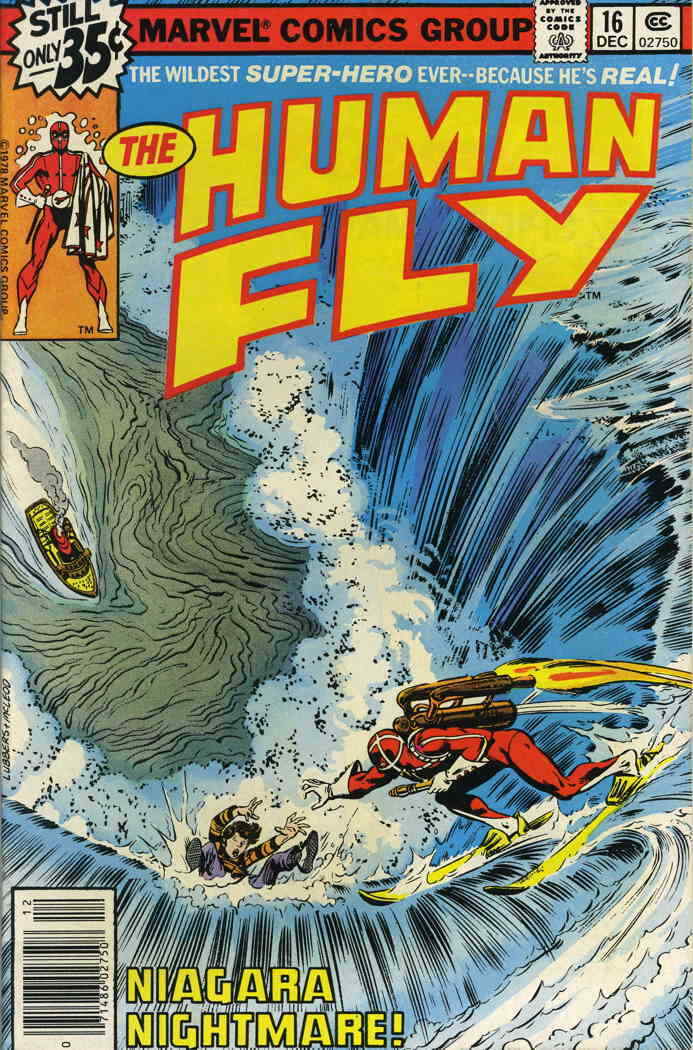 The latest daredevil stunt from The Human Fly is set to take place at Niagara Falls as he attempts to water ski over the falls. Like many before him, he will risk his life to do the impossible and pray that he does not end up as one of those who would die along the way. Aided by his teammate Blaze, the money from the event will go to supporting a children’s hospital and just before, while he is handing out toys to the youngsters, Blaze manages to go and get herself kidnapped. The kidnappers want the event stopped and The Fly knows that if he does not go through with it, the kids will suffer as the hospital will lose its mortgage. Thankfully, The Fly realizes that Blaze sent him a very specific clue that helps him to discover just where it is that the men are holding her and so a rescue operation is put in place so that she might be saved. With that over and done with, all that remains now is to perform the stunt and The Fly does just that but as he is on his way to completing it, a young boy in a wheelchair is knocked into the water by some careless reporters which leads to an even greater possibility of death, not just for the boy but for The Fly as well. Unlike many of the stunts that get performed, The Fly never usually has to rescue anyone in the doing of them, possibly before or after and so considering the situation, he is not going to let the little boy perish and it will take everything he has to make sure they both survive. Bill Mantlo crafts a great story with this issue, though one has to wonder just why it is the kidnappers wanted to stop the stunt in the first place. Unless they were looking to buy the land after the bank foreclosed on the hospital, there was no need to inflict such hurtful damage upon a group of sick kids. Joining Mantlo for this go-round is Bob Lubbers whose work is well suited to the book, his pencils exciting and bringing out the best of what Mantlo wished to tell. Though this was a good issue overall, it is becoming slightly repetitive as the book has found a formula and seems intent on sticking to it. Hopefully, things change a little bit for the better with the next issue.