One and Done – War Story: The Reivers 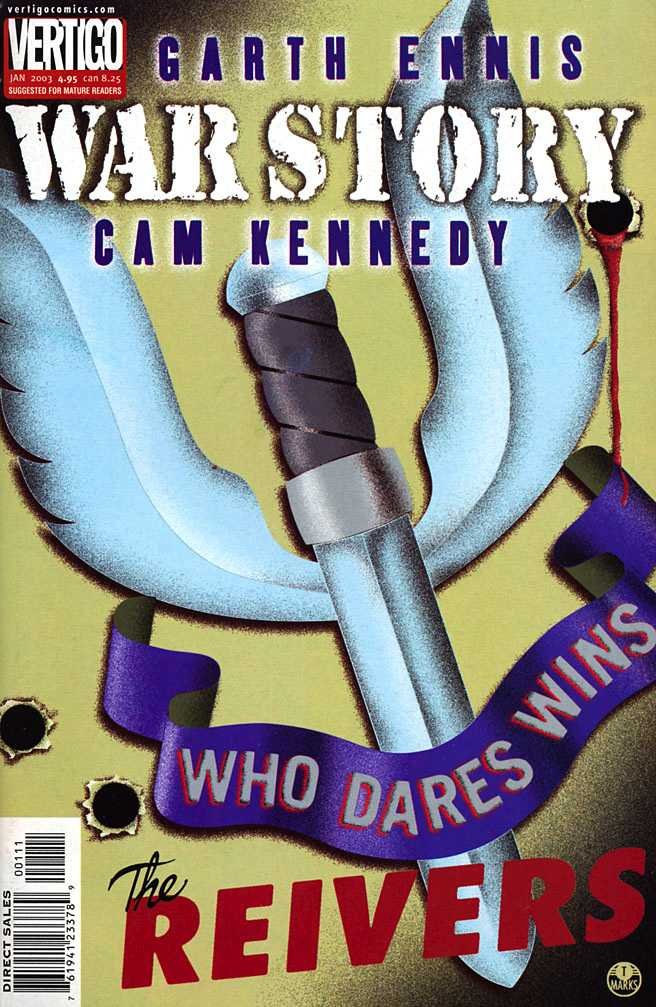 Titled The Reivers, Garth Ennis and Cam Kennedy deliver a story of a special forces type of group called the Special Air Service who are currently serving in Africa, smashing the Nazis whenever they get a chance. During a little downtime, commanding officer Bill Nixon decides to relate a story of his ancestors, a group of fighters much like the one he leads now called the Reivers to Johnny Barclay, a man who also happens to be his second. It is a tale of bloodthirsty men and he tells this tale to Barclay for a reason, to prove that they are Reivers as well, that no man joins an outfit like theirs just to fight the Germans. They do so because they want to fight, the Germans just happen to be standing against them. This leads to a mission the next day to hit an airfield full of Nazi aircraft but Nixon has another idea. Intel tells them that the German’s commanding officer likes to take a drive every night in his Mercedes and it might be possible to take him out as well and make a run for it before any alarms are sounded. They do just that and yet a mistake is made, the wife of the commanding officer is killed while discovering the airfield is filled with more planes than they thought, a possible setting for a new offensive by the Germans. Nixon lays it out – they can still make a run for it or they can blow everything up and prevent whatever disaster the Germans have in mind but it risks them being killed or caught. These ‘Reivers’ decide to go for it and what follows is a lot of action, a hasty retreat, more bravery than most men can claim to have experienced in their entire lives and a little bit of tragedy. Ennis does a great job at blending history into his stories and while they are fiction, they have their basis in reality too. Also featured in this book is a song called Lili Marlene which not only starts it all off but ends it too as lone survivor Nixon waits for his finish to come, the Germans in all their fury, death in all its mystery finally catching up to him, claiming him for its own. The story would not be as good as it was without some great artwork and that is all thanks to Kennedy with a little help from Moose Baumann who make it all both dramatic and quite exciting. This was yet another different type of tale under the War Story banner and it did not disappoint.