One and Done – War Story: J for Jenny 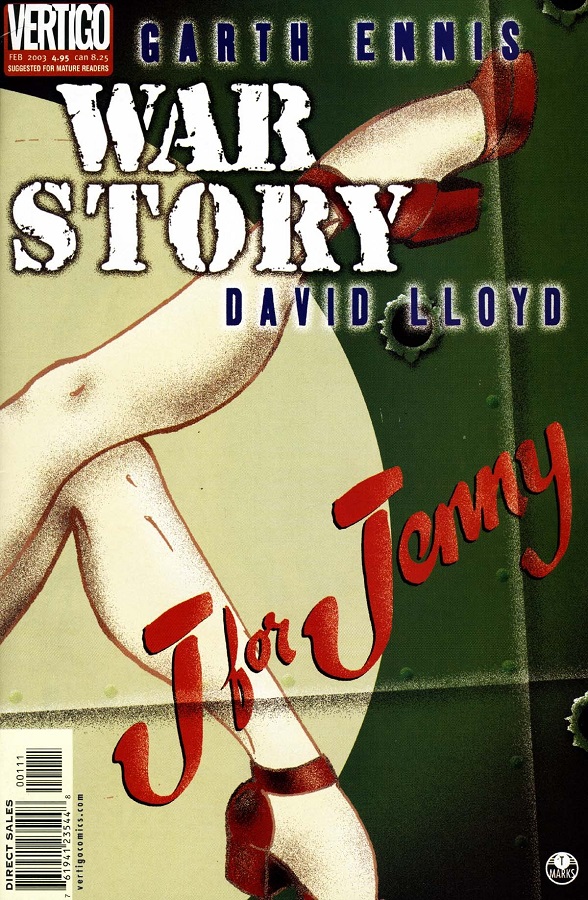 Every night an RAF Lancaster bomber heads out to drop its load of explosive death upon the Germans and yet tensions between the crew members of the Jenny, two in particular, could lead to disaster if not reined in. For Sergeant Thomas Stark, he believes that the bombing of civilians is a war crime, Germans or not, and he wants no part of it despite doing it on a nightly basis. Flight Lieutenant Ronald Page on the other hand knows that it comes with the job, that even though they try to be as accurate as possible, the killing of the innocent is not something they can avoid. To complicate the matters between the two men is the fact that Page had lost his family in the bombing of London, a German bomb destroying his house, his wife and daughter and his son whom he discovered in the street mutilated. It is something that he cannot shake though service helps to keep the madness at bay and yet, hearing the way Stark talks about the consequences of their actions angers him until finally, they have a confrontation that could affect the missions going forward. Garth Ennis looks at the human cost of war in this book, something that every war and every battle throughout history has had to deal with. He does so from the viewpoint of the men doing the killing, unintentional though it may be for they are not actively aiming for civilians though a part of Page thinks they should be. In addition to the personal demons and drama that haunt these men, there is some top-flight aerial action as depicted by artist David Lloyd whose work is more than phenomenal. While his character work is great, the men all looking fairly distinct from one another, it is seeing those planes in battle thousands of feet up in the air where Lloyd really shines in this book. As expected, things go wrong in the heat of battle for rarely does anything go as smoothly as one hopes in the midst of battle and Ennis does not provide the men in this story nor the reader with a happy ending. Some of the men live to tell the tale quite amazingly but it is not as they might have hoped and leaves things off with uncertainty as to their futures.