Having made a lot of films over the years, one of the best by comedy duo Bud Abbott and Lou Costello in Buck Privates, a movie just as funny now nearly eighty years later 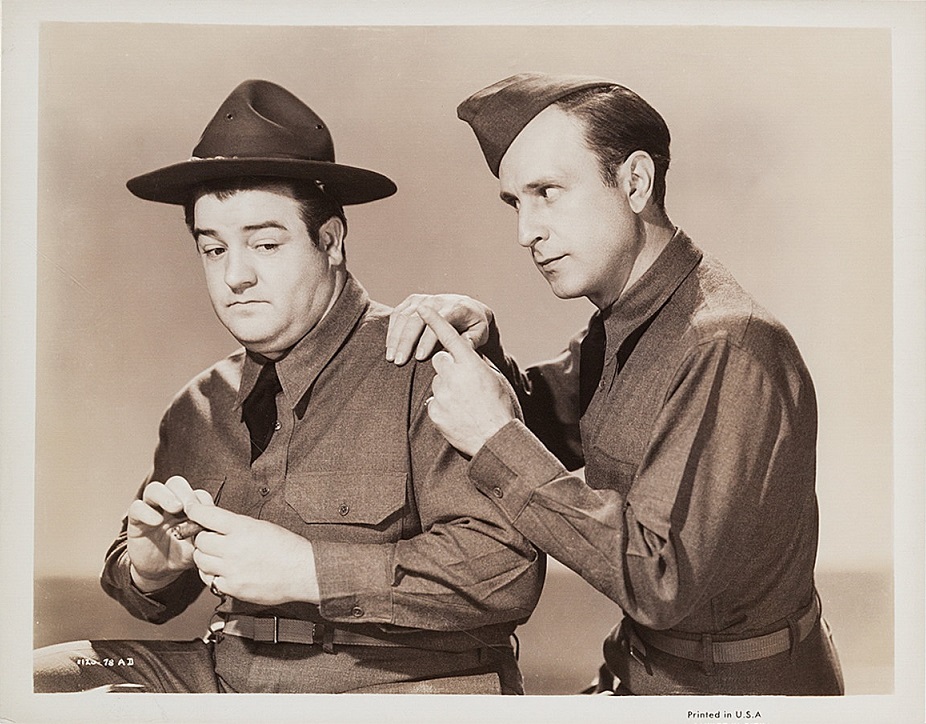 as when it was first released.

The movie finds Abbott as Slicker Smith and Costello as Herbie Brown, a couple of con-men who on the run from a cop played by Nat Pendleton, think they are running into a movie theatre when really it is a recruitment office and where they believe they are signing up for a raffle, it is to join the United States Army. It is all quite funny, the men in top form and director Arthur Lubin would almost seem to just let them do what they please during their bits which works perfectly as the comedy never lets up for a minute. Joining the boys in basic training would be Lee Bowman who stars as a playboy and Alan Curtis who vies with Bowman over hostess Jane Frazee, creating a love triangle that would end up being one of the main plotlines in the film. Additionally, The Andrews Sisters would appear with their harmonies intact, singing a number of songs to break up the laughs including Boogie Woogie Bugle Boy and (I’ll Be With You) In Apple Blossom Time.

While the dramatic bits and the musical numbers were good, it would be the laughs generated by stars Abbott and Costello 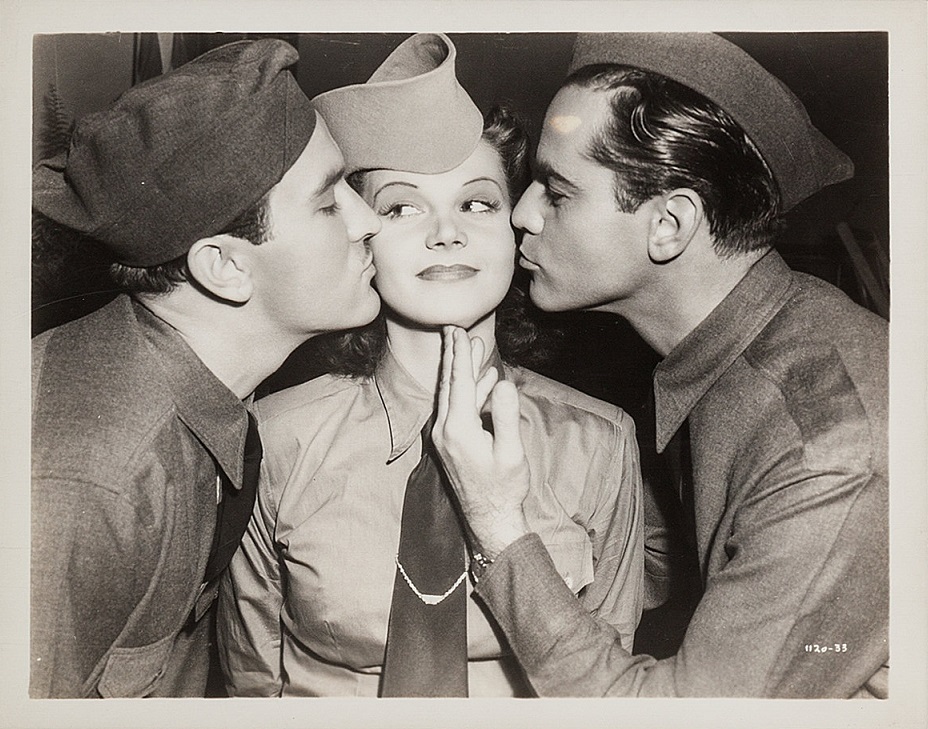 that would carry the audience through the film, the pair serving up innumerable funny bits, one after the other with most of them being at Costello’s expense. Adding to all of it would be Pendleton, who would begin the film as a policeman and end up being the drill instructor for the guys, a man just as funny who would continue to mix it up with Costello until the very end. Costello would even get his own musical moment to shine, something that would not happen very often in his career and it too would generate more than a few smirks and giggles until Pendleton’s Sgt. Collins would put a stop to it.

At the end of the day, the film would be a complete success at the box office and it was easy to see why. Abbot and Costello were at the top of their game in this picture, the routines they would go on to do being fresh for those that never saw them on the stage and delivered with an energy as if they were performing them for the first time. Though Costello would always be the funniest of the two, they made a great team as Lou would not be as funny if it were not for Bud. The movies that would come after this would feature more of their patented humour but it would all begin here in their first starring role, a must-see for fans of the duo or of comedy in general.