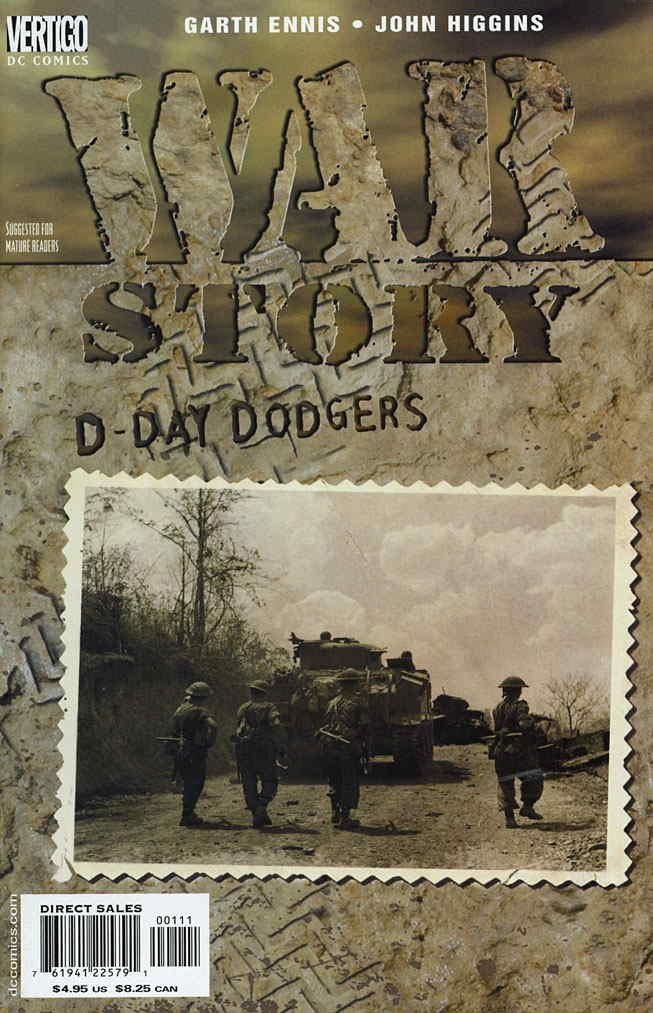 Garth Ennis writes a heartbreaking tale that while a work of fiction, is based on a real-life regiment of men comprised of people from all over the world who would be coined D-Day Dodgers. Their mission would be every bit as important when it first began as any other and yet, it is quite possible that with the passage of time, these brave soldiers would turn out to be an afterthought to those more spectacular battles that would soon take place. In this story, Ennis introduces the reader to a squadron of men who have been at it for quite some time. Some are still in good spirits and some simply do their job because it is what they signed up for and some have been broken as is usually the case with war. In this story, Second Lieutenant Ross has just been sent to aid these ‘Dodgers’ and one Captain Lovatt and while the former is green and full of optimism, the latter is not and is as beaten down it seems as a man can be. Illustrated by John Higgins, the man does a great job with some help from Pamela Rambo and for the first part of the book, they paint Ross encased in light, a man who has not seen the horrors of war as Lovatt has and as such, it sees the Captain swathed in darkness for the entirety of the book. As the story pushes forward and Ross gets a taste of battle and of killing, that light eventually dims so that he and Lovatt are now on the same level, though he is not as hardened as the Captain is. Eventually, readers and the soldiers are made privy to their new nickname, the aforementioned D-Day Dodgers, so-called by one Lady Astor in Parliament as she believes them all simply sitting out the war in Italy and not appropriately dying for their countries as they should be if one were to read the meaning beneath her words, though it was never actually proven and she denied ever saying as such. As that rumour spreads amongst the soldiers, so too does the news that they will be executing a daylight attack against the enemy, one that is essentially a suicide mission as Captain Lovatt explains to Ross and as they do so, the rest of the book is told through full-page spreads courtesy of Higgins and the poem entitled The Ballad of the D-Day Dodgers. It is incredibly sad and solemn, an ending that is not a happy one and those the reader travelled along with throughout the pages of this book do not make it out alive when all is said and done. A great piece of fiction from Ennis and Higgins and a war tale that is sadly like too many others told and untold.