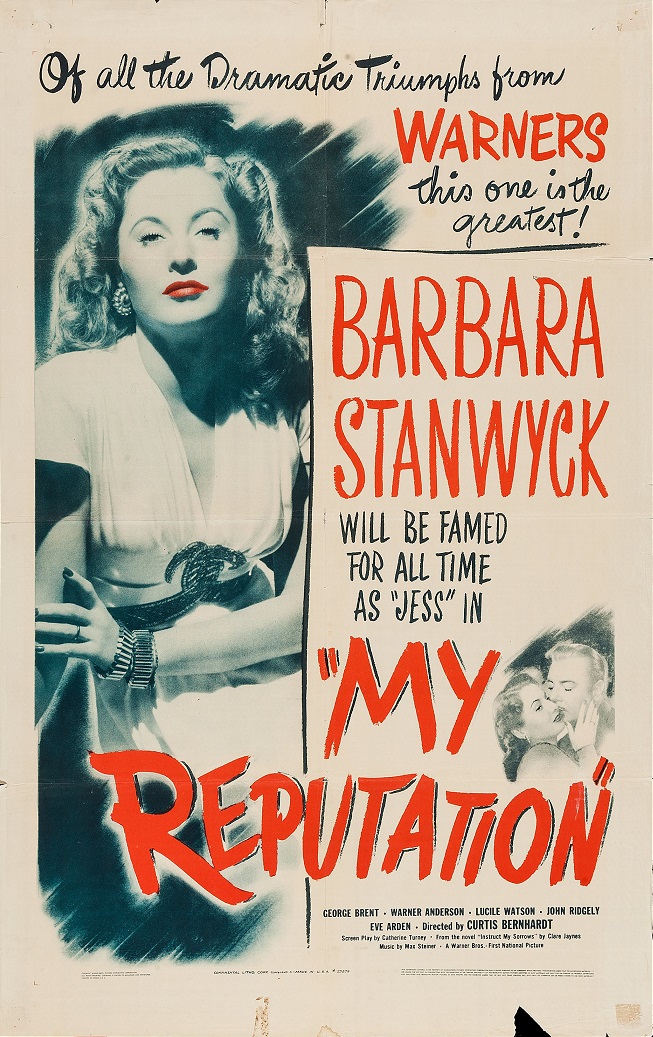 My Reputation, released in 1946, may not be a war picture per se but it is war adjacent and as such when it did come out, it was shown to the Armed Forces first before being let go to the general public. Starring Barbara Stanwyck and George Brent in the lead with Warner Anderson, Lucile Watson, John Ridgely and Eve Arden pulling up

the rear, the picture did not lack for talent and it would find everyone giving a great performance in a very moving film about one woman’s loss and her subsequent journey through society towards happiness and love.

Stanwyck would play Jessica Drummond, a woman who has just lost her husband and now with two nearly teenage sons, must try and find her way in the world without the man she loved. It is hard and more than that, it is probably the hardest thing she has ever had to do. A piece of her life is gone and Stanwyck emotes extraordinarily well, putting that anguish and pain across to the audience, showing just how much that loss meant. Those around her feel for her but life continues on and they expect her to simply be fine with it all to 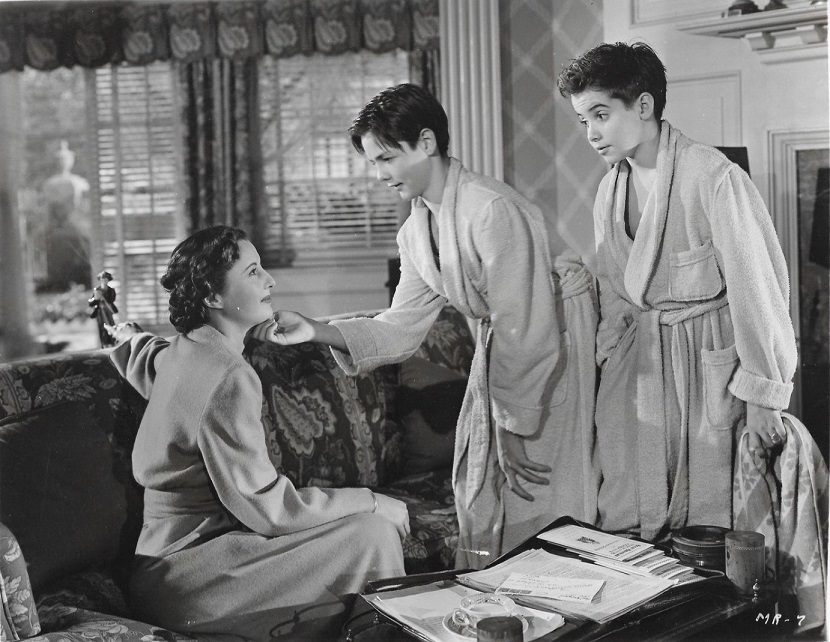 which she puts on a brave face but cannot help but fall apart inside. Eventually, she decides to go on a ski trip with a couple of friends to get away from it all and it is there that she meets a man named Scott Landis, a major in the army currently on leave. Whether she knows it or not, she soon starts to fall in love and as the film moves into its second half, that relationship causes numerous problems with those she has surrounded herself with in her life but when all is said and done, director Curtis Bernhardt wraps it all up with a happy ending.

just that. Scotty Beckett and Bobby Cooper who play her children are just as talented and their performances are spot on in terms of the grief and the rage that they feel throughout the picture though as children, they do a better job at moving forwards than their mother does. Balancing it out is Brent whose Major Landis is usually cool as a cucumber and while his character is not looking for anything serious, he too falls in love with Jessica as he cannot help himself from doing so and when the film ends with that tearjerker conclusion which finds him shipping out, the audience knows that no obstacle, not even the war will keep the two apart.

Dressed up as a romantic drama, My Reputation is a little more than that, though it is pretty straightforward in its presentation. It elicits and grabs the feelings of its audience right from the start, taking them on as much of an emotional rollercoaster as it does its characters, making for one very good film with Stanwyck surpassing herself with a very memorable performance. 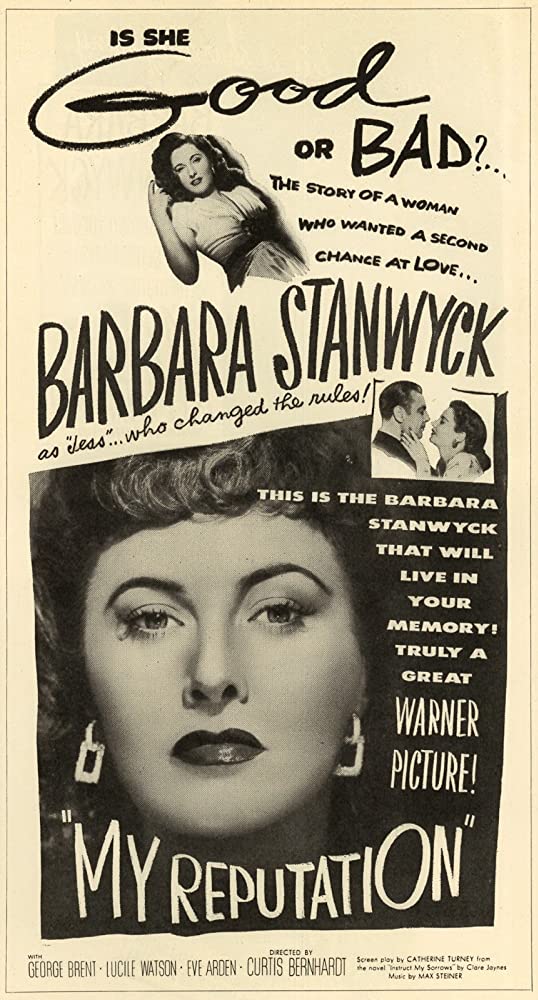