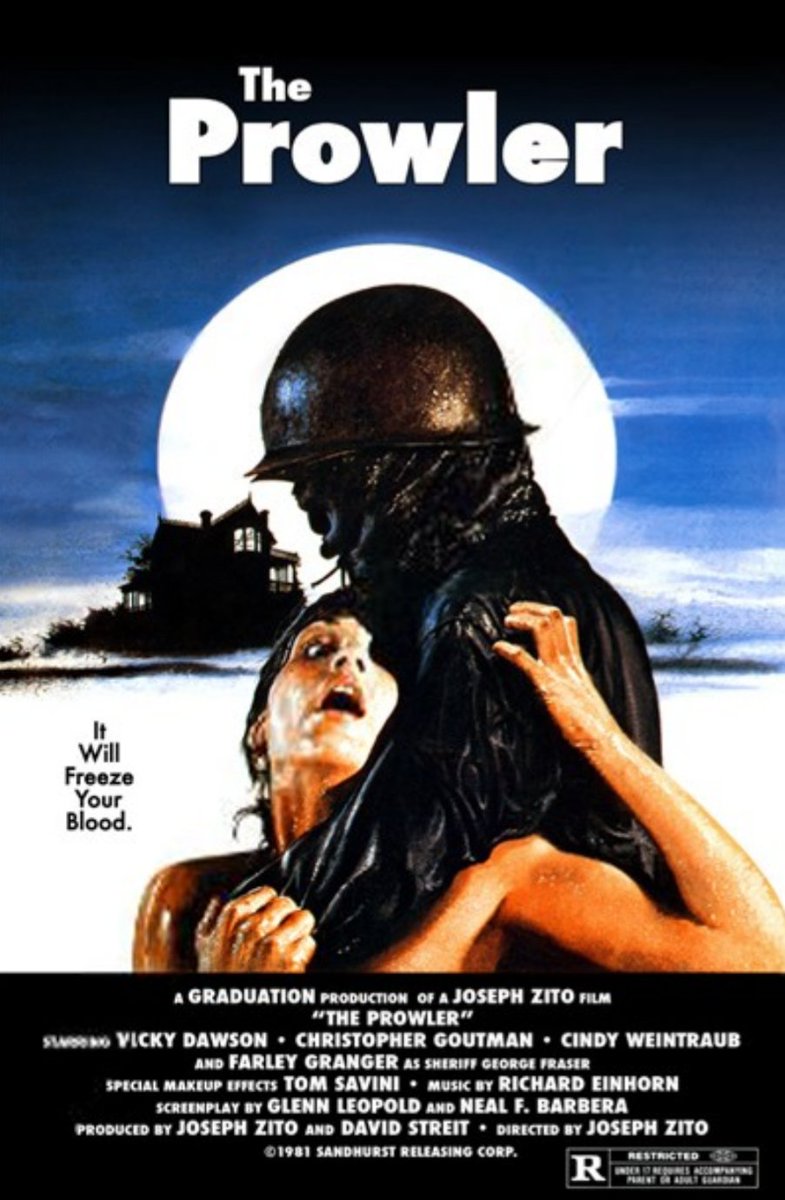 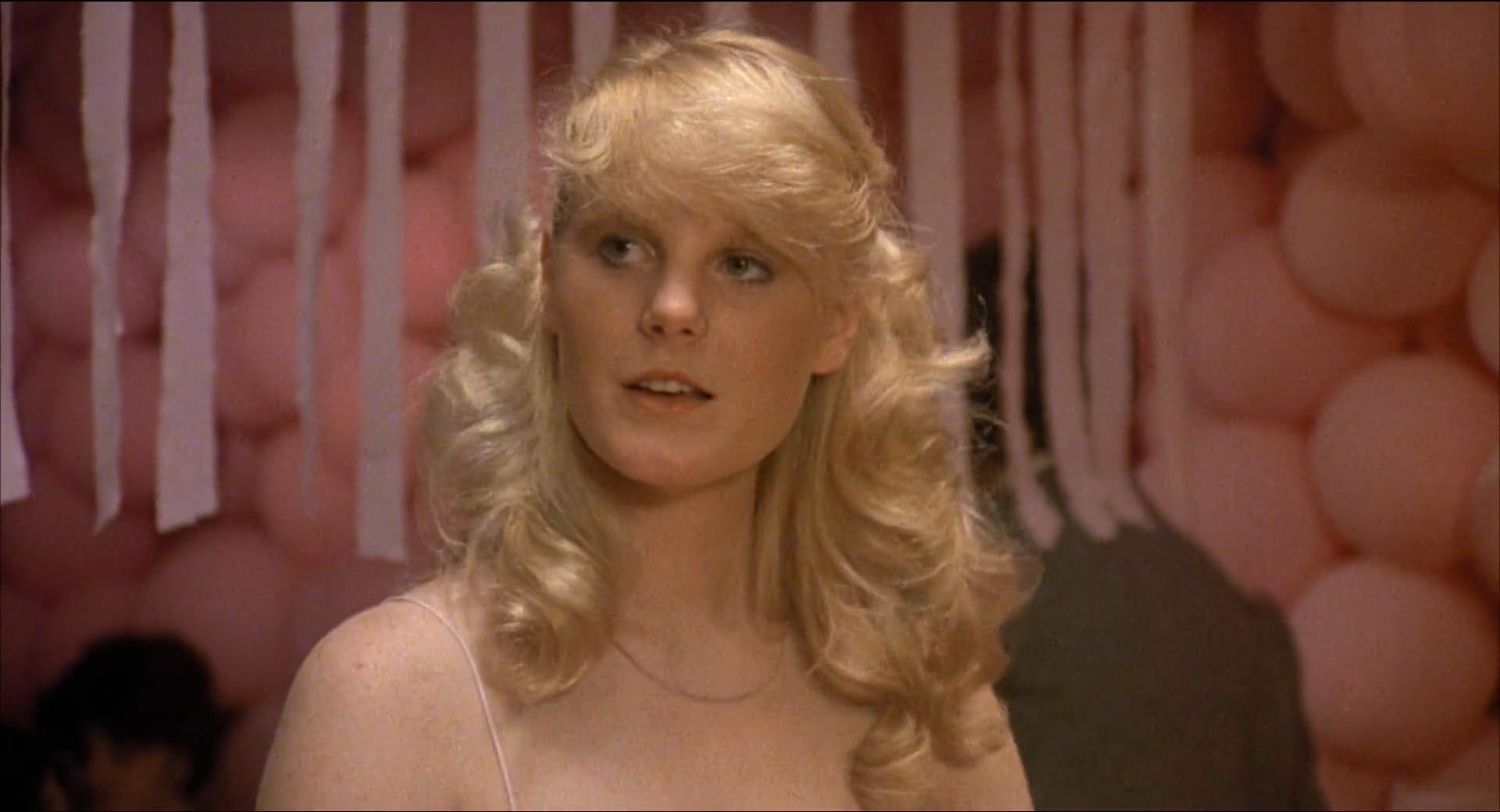 party in the bloodiest and most irrevocable manner possible. It is a brutal, gory affair and as such, makes this slasher one cannot afford to miss.

Being an incredibly visceral affair, the movie also features a faceless, nameless killer throughout which makes it all even scarier than it might have been otherwise. The unnamed villain cuts through the graduating class like a hurricane, slowly building his resume one body at a time until all who cross his path fall beneath his wrath. It continues until the very end of the picture when it comes down to him and final girl Pam as played by Vicky Dawson and while the man’s identity is finally revealed, it is only a guess as to why the man committed said murders, though 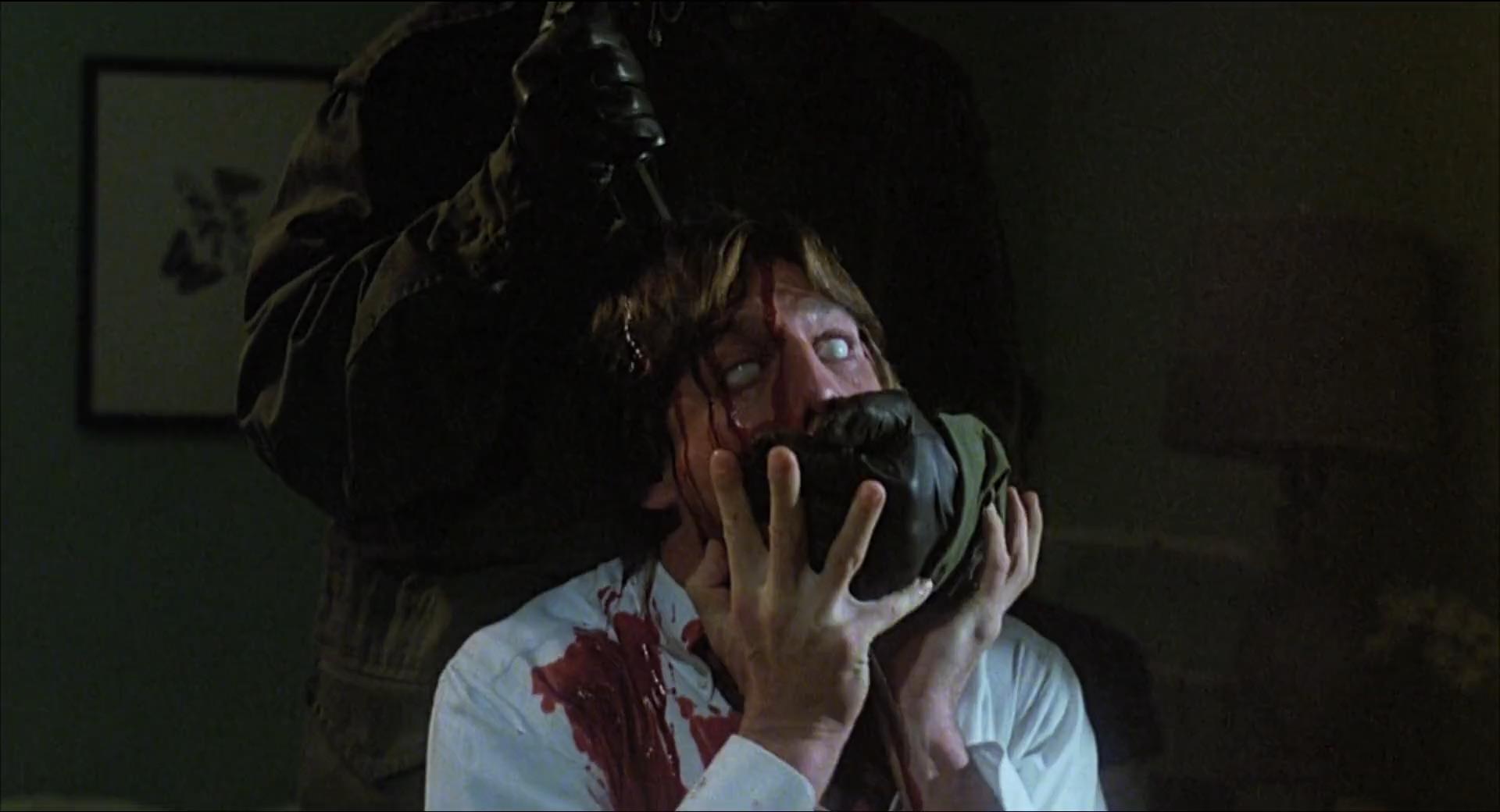 likely tying back to those thirty-five years previous.

Dawson is effective as the damsel in distress, the woman having an innocent quality about her, the good girl who always does the right thing especially when it matters most. Starring opposite her is Christopher Goutman who plays the local deputy and the man who loves her, a small-town cop who has never had anything really serious to deal with and when his boss goes on a fishing trip leaving him in charge, he never thought he would have to deal with a killer like the one he would encounter. A big surprise would be Farley Granger whom some might recognize from starring in various Hitchcock efforts over the years among other films as well as classic Hollywood actor Lawrence Tierney in a 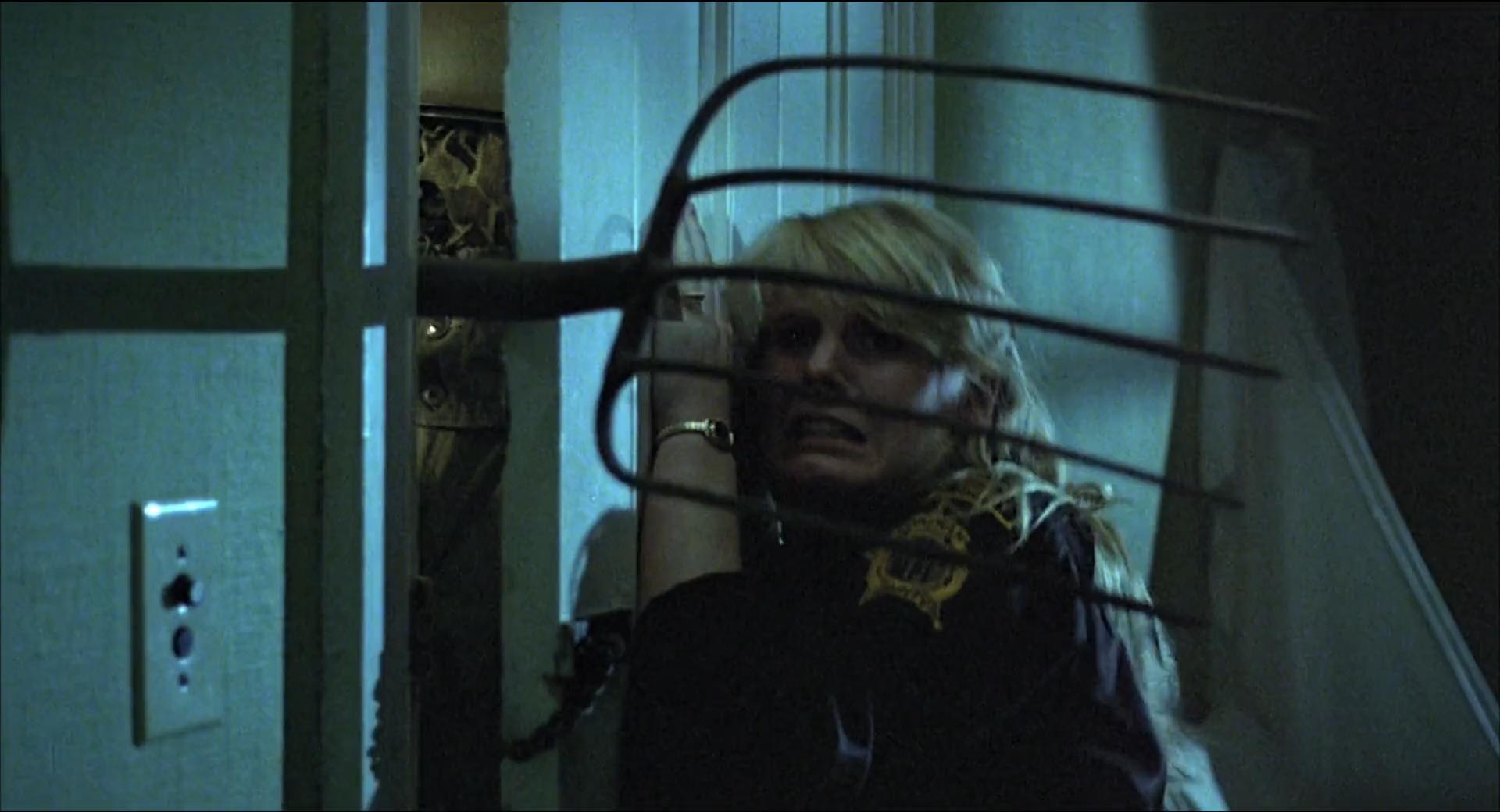 bit part. The cast would end up being only one part of a greater whole as nearly everything about this movie worked extremely well. Best of all would be the special effects which were bloodier and gorier than most, far more effective than many slashers that would come out the same year, never mind those that would follow much later. It would be no surprise that they ended up being as good as they were thanks to guru Tom Savini, a legend of his own making.  Suspense, action, horror, drama – this picture has it all and once it starts, it is impossible to turn away.

While some claim the film has more than one problem about it, the good far outweighs the bad and it is easy to see why The Prowler has become a cult classic over the years, much like My Bloody Valentine of which this bears a resemblance or vice versa. That being said, it is hard to choose one over the other as they both offer slasher fans everything they could ever want in a film.