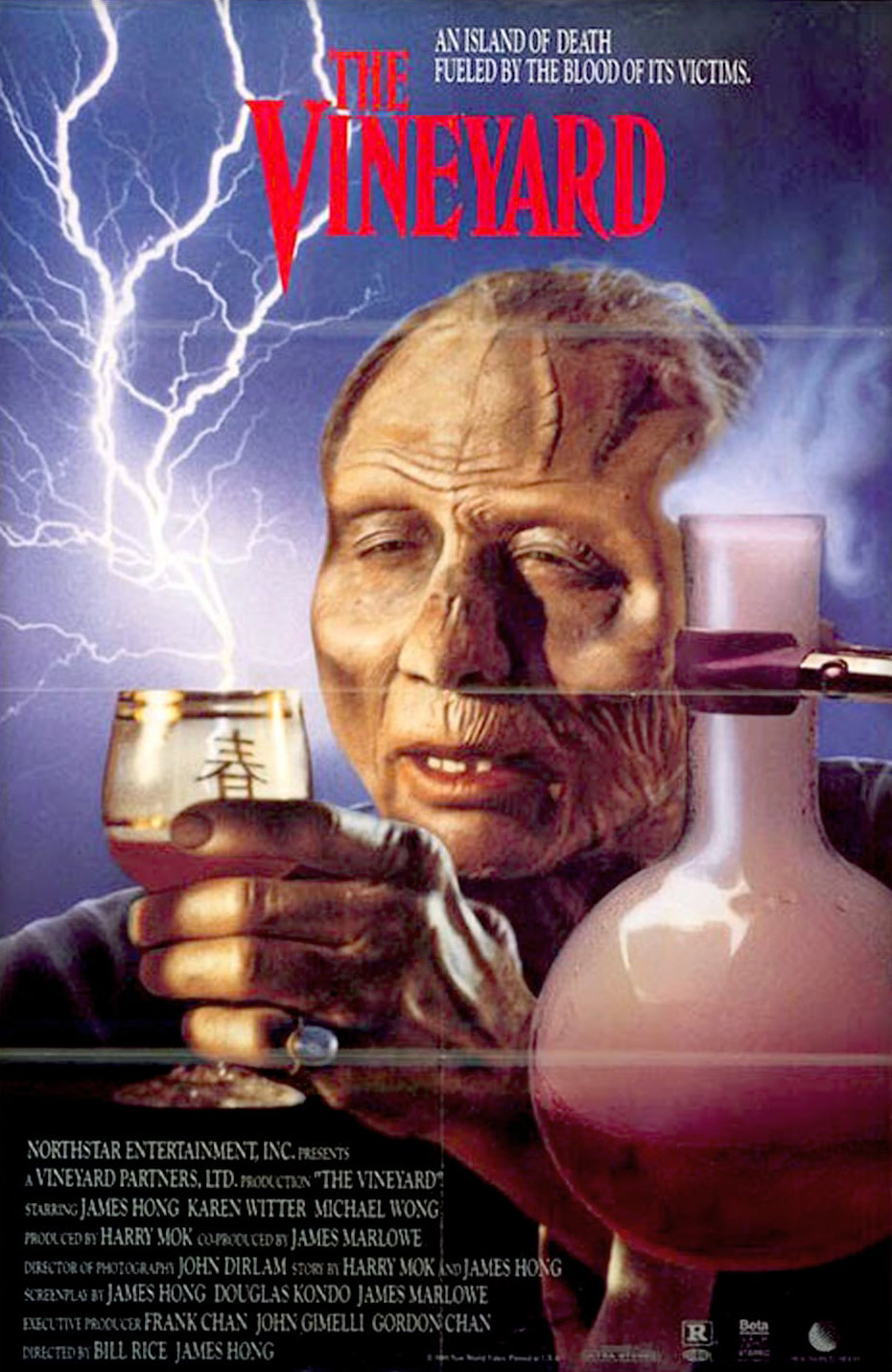 A good villain is always appreciated and when it comes to James Wong, the man continually makes for a good villain no matter the picture he is in. Here, while he is dastardly and quite horrible behind the scenes, he is the perfect gentleman, a congenial host who welcomes many to his private island in order to sample the wines he is 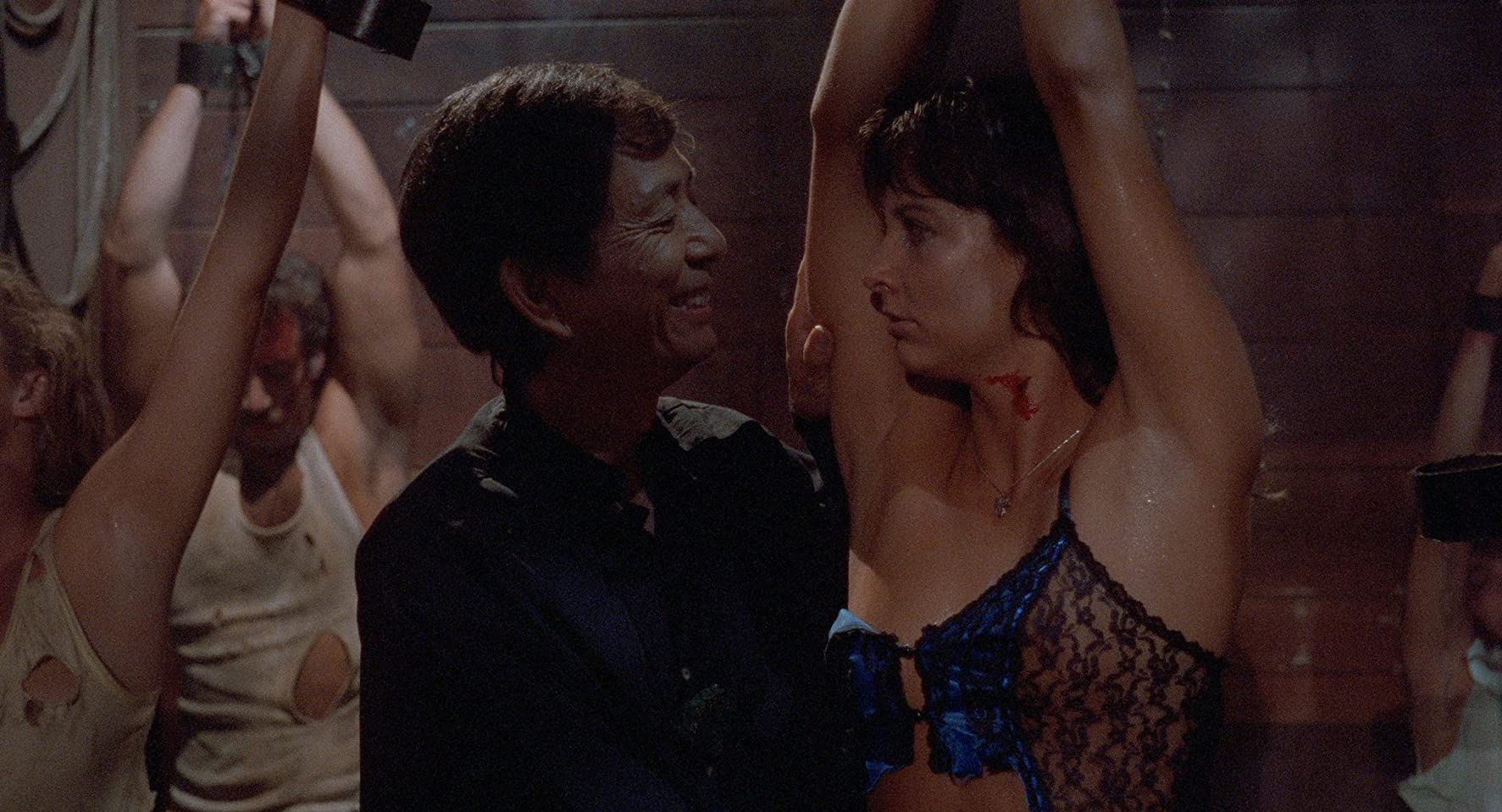 famous for. When the time comes though, he soon must choose a victim for he grows old quickly, his years catching up to him in the span of minutes after having cheated death for so long and if he does not use a serum concocted of blood to keep his youth and vitality, he will die for it is eternal life he seeks and all he needs is just the right person to make that a reality.

It might seem a little silly at times whether it be the makeup or the dialogue but The Vineyard turns out to be quite fun and cheesy horror at its best.  It is definitely made as such thanks to Wong who carries this film on his back, not to mention he also co-directs it with William Rice which probably made it even better than it would have been. While the rest of the actors

and actresses are capable despite some of the poor lines that are given them, they manage to pull it all off without much of a hitch to make for some solid enjoyment but it is Wong whom the picture focuses upon, as it should and the man exudes star power throughout as the big bad.

As the movie rolls along, Hong’s character Po who is singularly focused upon his quest to live forever, fails to realize that there are forces working against him and it adds a little to the horror present within as the film would not only feature a

mad scientist of sorts but zombies as well. While none of it is especially scary, the actions of Po are what really drive the horror home as it leaves the audience wondering just how many souls Po has sent to their deaths in order to extend his own life.  As for the zombies, they do a lot of shambling around, mostly at the beck and call of an ancient goddess-like old crone whom Po keeps around as he makes use of her amulet and yet when all is said and done, add little to the proceedings other than to warn the characters within that all is not right.

With all sorts of craziness present like swordfights and zombies making the rounds as Po’s serum fails to take effect as well as it used to do thereby leading him to kill more and more people faster and faster, it all ends with one of the most insane conclusions ever featured in a B film such as this. The Vineyard might be poor in many respects to those looking in and not a fan of movies like this one but when one looks at it objectively, it ends up being a truly fun watch and a solid if corny bit of horror.