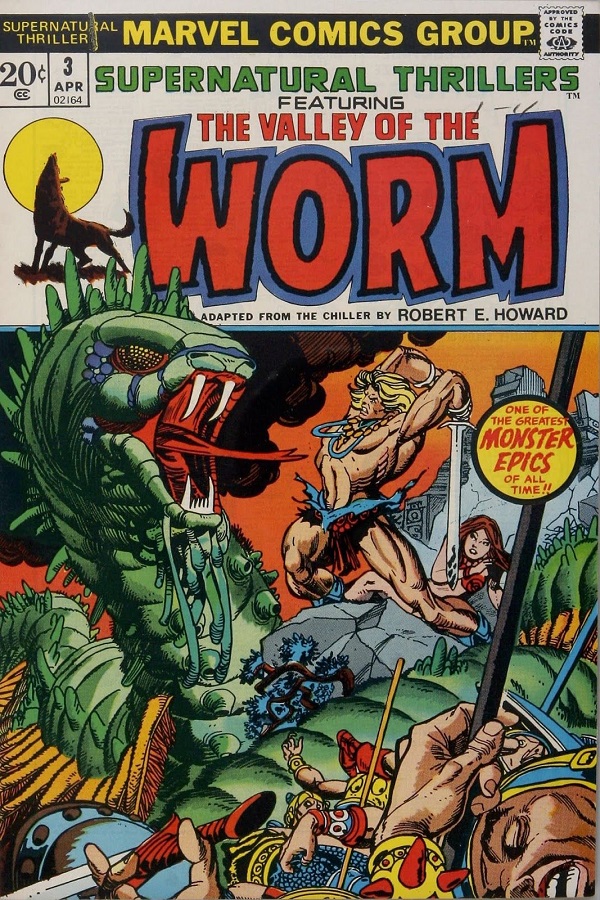 Roy Thomas and Gerry Conway present a story of two men who also happen to be one as a man named James Allison lies dying yet dreams about his past life as a man named Niord. Taking place far in the past in a time that some might dispute, Niord is a warrior who with his tribe had marched into a strange land, one full of Picts and one which would come to be known as the Valley of the Worm. Soon a battle takes place between Niord’s people and those who reside within and when such battle was over, Niord had spared the life of a single Pict who would come to be a friend to the fierce warrior. Over time the two tribes would grow close but tragedy would strike when Niord would eventually discover his people struck down and thus, seeking revenge, he would strike out with his Pictish friend to take it. Adapted from the story ‘The Valley of the Worm’ by Robert E. Howard, Thomas and Conway would take Niord and his world and give it to Gil Kane to bring to extraordinary life and for his part, Kane would produce some of the best pencils he would ever do. The book would look incredible and feature not only savage jungles and savage men but loss and grief, bravery and resolve and of course, a touch of horror in the form of those titular monsters. The second half of the book would see Niord on a quest to avenge those who died and face not one, but two giant creatures, both of them worms of a sort. The first he would kill in order to extract its poison in order that he be able to use it as a weapon, coating his arrows in the toxic venom. The second creature would be one culled from nightmares and yet, without any fear in his heart whatsoever, Niord would face the monster knowing that he might not make it out alive. When the book ends, it is not only Niord that fades into history with his passing but James Allison as well who would breathe his last as his dreams or memories would come to an end. Featuring everything a great comic should have, this third issue would be the best in the series yet.