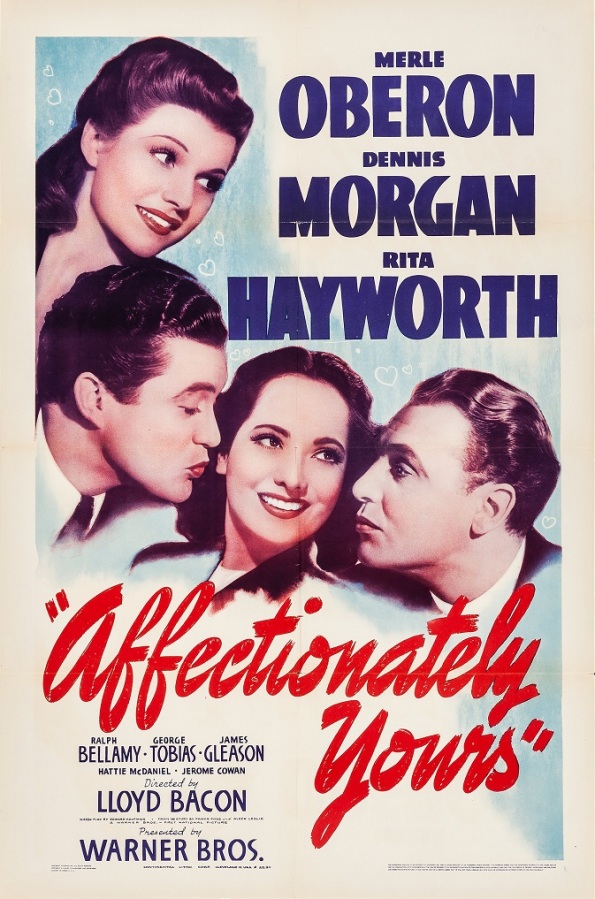 Dennis Morgan plays Ricky Mayberry, a reporter currently on break from his foreign assignments and a man who likes to date numerous women despite being married. While

wooing Irene as played by Rita Hayworth, he gets a telegram telling him that his wife has divorced him which leads to him running home to New York in order to win her back with a lot of hijinks along the way.

Affectionately Yours is a fun, light-hearted comedy with a bit of romance woven throughout and while it is more fluff than anything else, it still manages to charm the audience from start to finish. Morgan is likeable despite being a philanderer and a man who seems earnest in winning back his ex-wife’s hand, Merle Oberon starring as his object of affection. Hayworth in one of her earliest roles is quite funny herself as both Morgan’s foil and love interest, though eventually, she fades into the 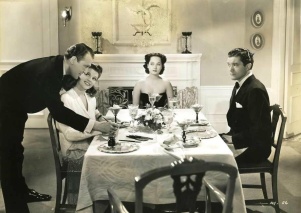 background as Oberon turns out to be the only one for Ricky. Also starring would be James Gleason in a bit part as Ricky’s boss, Ralph Bellamy, Hattie McDaniel and Butterfly McQueen who would provide some funny bits in-between all the shenanigans that would take place and overall, making the picture better for being there.

What makes this film as good as it is are the players within, Morgan and Hayworth being especially enjoyable to watch as they banter back and forth though Oberon does hold her own, not to mention Bellamy playing the beleaguered fiancé who finds himself stuck in the middle of it all. If there is one negative to be found, it is the script that the cast had to work with as they could have done so much more with something just a little stronger. Still, for fans of Hayworth who want to see a film before she hit it big or any of the cast, the film is still worth a gander for them and the laughs they generate.