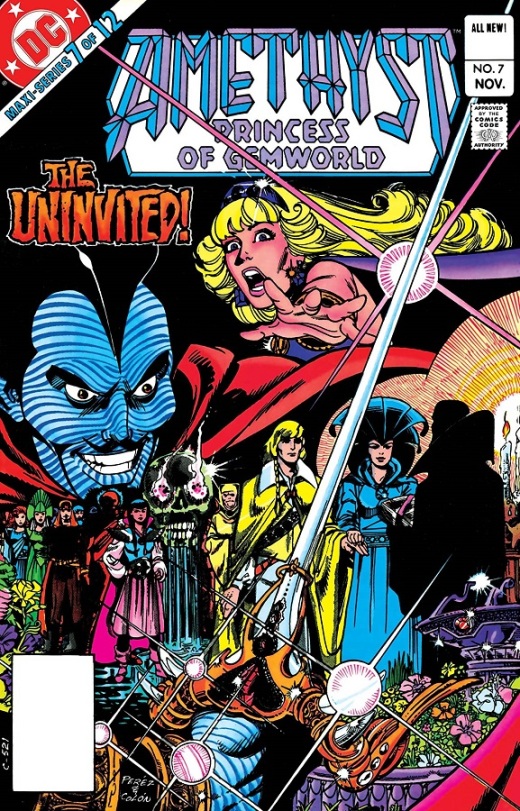 It is a big day in Gemworld as there is to be a royal wedding with Prince Topaz finally tying the knot with Lady Sapphire and all of it according to Dark Opal’s plans. There are a few others that have plans though as Citrina, Amethyst and Lord Garnet will not let this come to pass, the three of them knowing that Opal has his tendrils everywhere and something about the marriage must be of his doing. To that effect, all the Houses of Gemworld gather at Castle Topaz, all except Opal who arrives late as he must first take control of Lord Topaz in order to pull off his master plan, for with the Lord and Prince out of the way and with Princess Topaz loyal to House Opal, he gains all those allied with Topaz to himself. There is one thing he never counted on or at least he thought them of little consequence and that would be Amethyst and her allies. For her part, Amethyst begins to disrupt things slowly and the plan furthers with the arrival of Lord Garnet whom most thought would not attend, mostly due to the fact that he was not invited. Garnet is a man that many respect and perhaps even a few fear though not in the same vein as those that fear Opal and if there is one man that does not fear Opal, it is Garnet. Dan Mishkin and Gary Cohn create some great drama as wheels within wheels spin within Castle Topaz. Carnelian is getting himself quite drunk and hitting on the ladies while Lord Moonstone does his best to keep himself from running the fool through with his sword while Princess Topaz is whispering words of deceit and treachery all the while during which Amethyst and Opal measure each other up from afar. All of this comes to a head though when Amethyst reveals the truth of Lord Topaz, of his conversion from man to monster at the hands of Opal and she calls forth for a pledge of loyalty, wanting those houses who used to follow Amethyst to do so once again. It almost works, almost, but those that follow Opal now do so out of fear and it will take more than this one display to change their minds no matter how much they might want to. Once again, Mishkin, Cohn and artist Ernie Colón present a fantastic tale of fantasy that shows the young Princess Amethyst gaining in confidence against a foe that may just be stronger than she, undeterred and unwilling to stop.