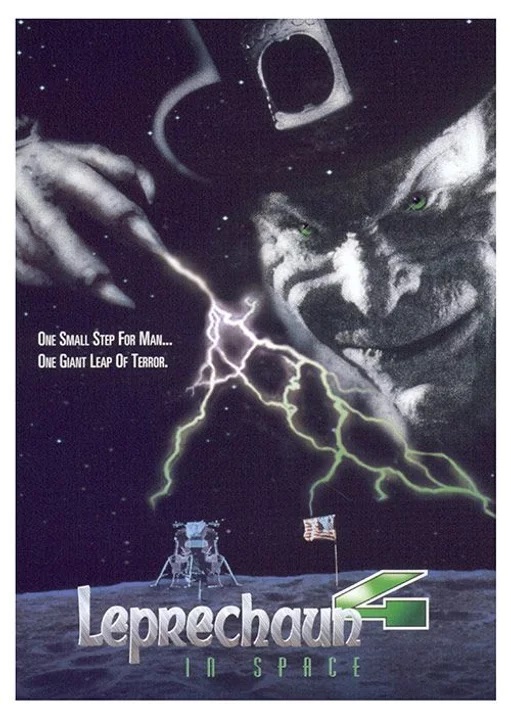 If there is one thing that Leprechaun 4 can be proud of, it is having the distinction of being one of the worst movies ever made. It is hard to state just how bad this movie is on so many levels and it will make those who view it appreciate the cinema classics as made by the Syfy channel over the years. To think that Ghost Shark is a masterpiece

compared to this is insanity and yet it just so happens to be true. It hurts to watch this film and it makes a person sad thinking how things could have gone so wrong between the last movie and this one and yet, the truth is hard to ignore.

Warwick Davis returns, his character now on a planet in outer space, somehow still the same and yet lost the ability to rhyme which really takes a lot away from both the leprechaun and the film as a whole. Due to that and perhaps the truly atrocious dialogue and story, the movie is neither funny nor any fun at all. One could say that the picture is so bad that it has to be good and there is a bit of merit to

that as the ridiculousness that is present is so prevalent whether from the incompetent soldiers, the insane Sgt. Malloy, Dr. Mittenhand who is mostly Dalek and is transformed into a spider/human hybrid later on or any of a dozen or more things.

There is no wit, no charm, no talent or anything of merit within and while there are those that champion this film due to the sheer awfulness that is represented within it, it is a very hard watch, especially after the three far better features that preceded it. If there was anything that was good it was Davis and even then, he could have been so much better. Proceed with caution is perhaps the best advice anyone can get who choose to view this.