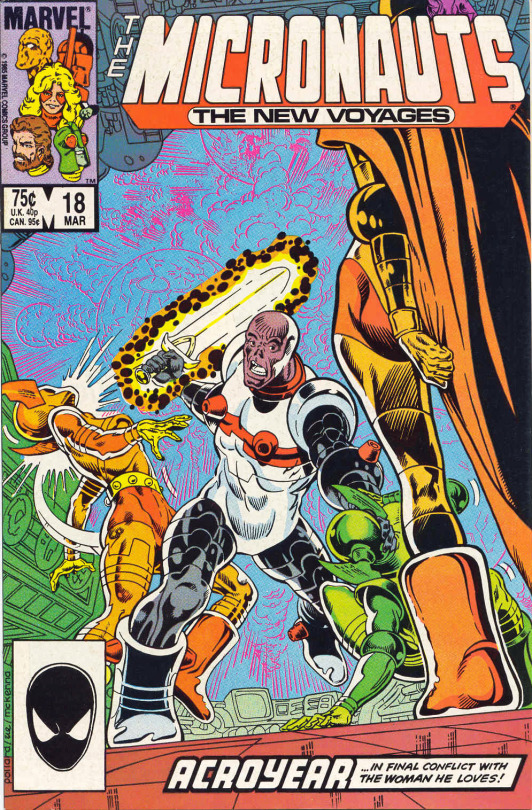 The Worldmind of Homeworld is in great pain and that pain has drawn the Micronauts here for if the Worldmind dies, there is a very good chance that the Microverse will cease to be. It has been a long and arduous quest to get them to this point, each of them overcoming personal turmoil to be able to stand side by side with their fellow teammates. With Commander Rann back by their side, they believe that they stand a chance, but as to what they actually have to do remains out of reach, for how does one calm a world? Peter B. Gillis and Kelley Jones bring it all to life in dramatic fashion, the duo crafting one of the finer issues to be had in some time in the series and readers will see a number of things happen during the book such as the return of the Acroyears, the reaffirmation of the love between Acroyear and Celicia though they can never be together and the birth of Acroyear’s child, the new prince of his people. Ultimately, the Acroyears have traced the source of the pain being felt throughout the Microverse to Homeworld and it is to Acroyear that they turn to find out the answers that they need. It is Celicia who decides to destroy the planet which she believes will solve everything, something to which Acroyear vehemently rejects. Suffice it to say, things do not work out how he wishes them to and things are put into motion which cannot be undone. Further to this, there is the mystery of Solitaire which has been hinted at throughout the series ever since she first came on the scene and it is revealed that she had disguised herself as Celicia to put this all in motion and did so with the help of the previously thought-dead Scion. It is a lot to take in for Acroyear, especially as Homeworld is now currently breaking up into different spheres, that which held it together no longer present. Things are ramping up exceedingly fast as the book rockets towards the end of the series and it is definitely welcome, as the book had been travelling at a snail’s pace for so long. With an ominous caption heralding the return of a big bad thought dead, the Micronauts and readers alike have a lot to look forward to in the next issue.