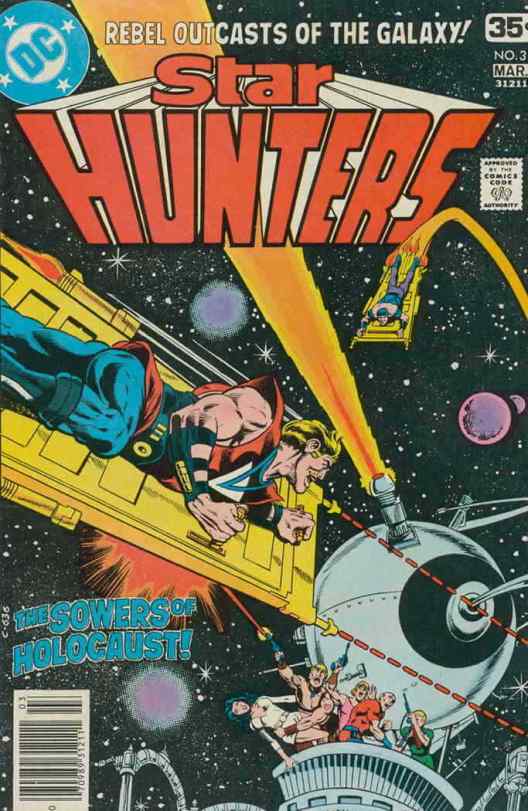 At the conclusion of the last issue, Commander Vale had been kidnapped by some alien creatures for an extremist group called The Annihilists. Said group wants to destroy the Earth as they believe the Corporation an evil entity and anyone that follows them being no better. As Vale points out, there are many innocent people living on Earth, to which The Annihilists simply laugh in her face. What follows is a lot of action courtesy of artists Mike Nassar and Bob Layton as Donovan Flint and Jake Hammersmith look to rescue Vale. As they mow through some of those aforementioned aliens, they eventually reach their quarry, though it is a fight that does not seem to be going well until Flint finally takes matters into his own hands. Not only does Flint have to try and rescue Vale, but he must also stop the Annihilists and their gigantic weapon before it can fire and destroy their home. Not only do Nassar and Layton make the action look good, but they also provide the finest artwork in the series thus far, lifting the story provided by David Michelinie far above what it might have been otherwise. It was not a necessarily bad story, in fact, it was probably the best one yet, but the characters are still lacking that which would engrain them more thoroughly to readers. Flint has the best showing in the issue, mainly due to the fact that he is in charge of the mission and it is here that his swashbuckling personality really comes into play. Michelinie also narrates some of this in the second person and it works well, setting the book apart from others in the genre. Additionally, there is another interlude, one that again features The Entity and readers will see it scan the Sunrider, specifically its crew members, though as to what purpose remains to be seen. Michelinie and company end it all on a cliff-hanger and the most exciting one to date as the Sunrider is in extreme distress with everyone having to evacuate. Flint of course, has to play the hero and his fate more than any of the others, may have reached its course.