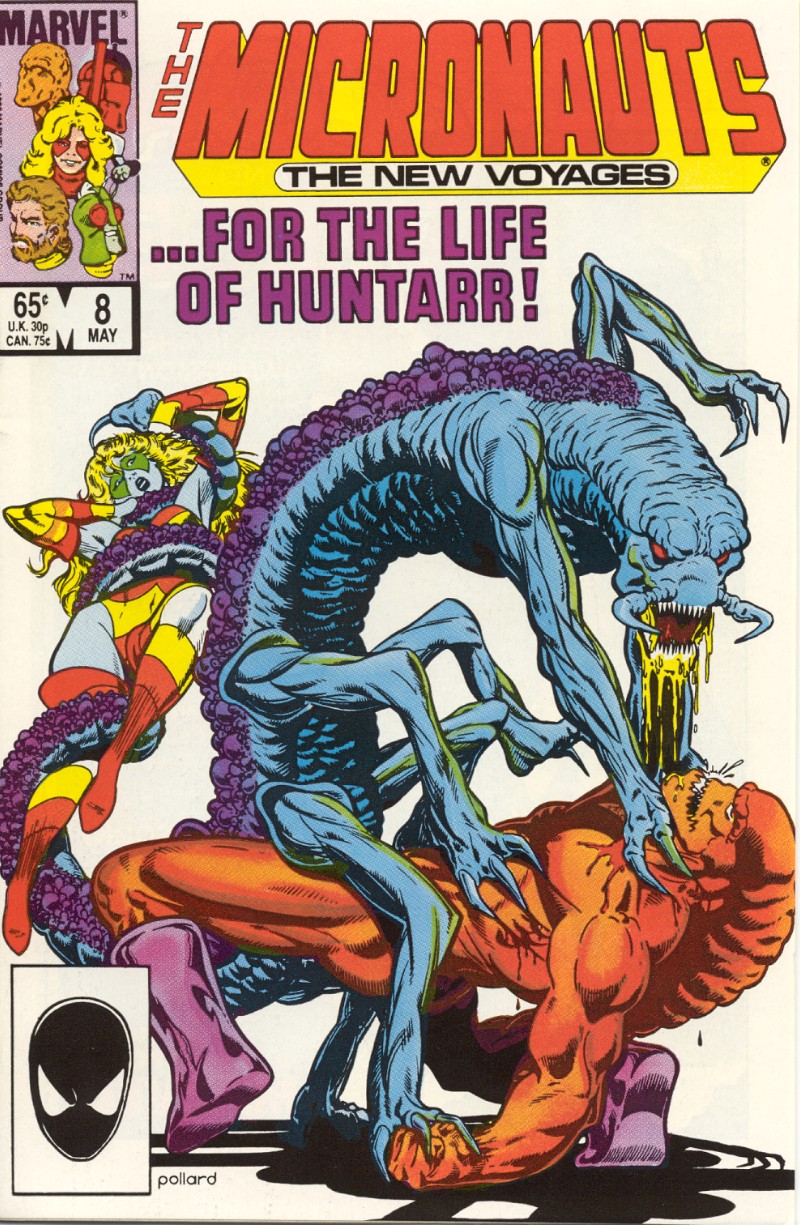 Heading back to join the rest of the Micronauts, Solitaire notices that Bug is not feeling well and when putting him to bed, notices that it is far worse than she thought. Arriving back at Central City, Solitaire discovers that the rest of the Micronauts are faring no better with all of them at death’s door. The alien beings that welcomed the Micronauts in can do nothing for them, their physiology being so different it makes treating them almost impossible. The only one not affected is Huntarr, who after his transformation in a previous issue is still not sure of all that was done to him though it seems radiation does not affect him as it does others. Peter B. Gillis and Kelley Jones who returns to the title with this book paint a picture of a creature who wants nothing more than to die with his friends, believing that his life is not worth more than theirs and if they should pass on it would be a cosmic travesty should he continue to live. It is quite sad to see and readers immediately feel sorry for Huntarr who has had a hard life no matter the form he took and when given a chance to pass on with his friends in a dream state, he takes it. Opposing all of this is Solitaire and when a creature breaks free from the egg on the Endeavor and heads straight for them, she wakens Huntarr so that he might defend the Micronauts from whatever it is this monster might want. Unexpectedly, Huntarr is seemingly wounded quite grievously and as the creature retreats, Huntarr’s body goes through an inexplicable transformation that threatens to overtake anyone within its presence. That would also include the bodies of the Micronauts and as it does just that, whatever is inside of Huntarr, whether mutated further by the monster or not, cleanses the Micronauts of all that ails them and heals them of all wounds including Rann’s missing hand. It is a miracle to say the least and when all is said and done, Gillis and Jones leave the book off with an ending that begs a new start. What that might be is obviously unknown, but with great writing and artistry as was on display here, it can be said that whatever they have planned is sure to be good.