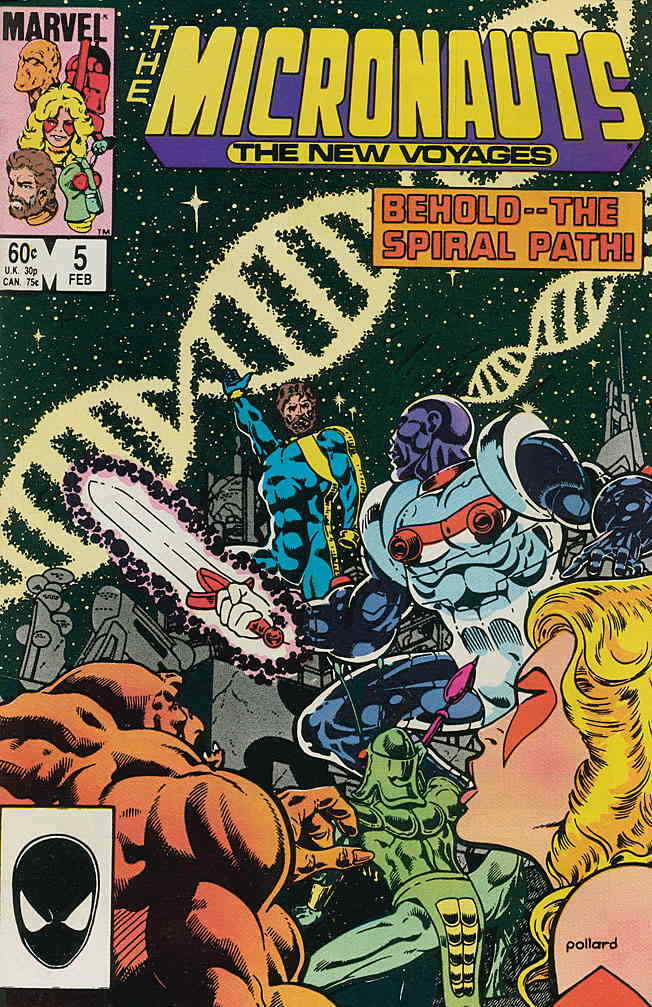 Discovering the Endeavor in its current state makes the Micronauts worry for the roboids within and it comes as a shock that even with half of their bodies burned away, Biotron and Microtron still retain a spark of life within them. As it is, what remains of Biotron sounds like he wants to give a warning to Mari, but also lashes out, though as to why becomes moot as Arcturus shoots him down. Also playing a part in this tale is the radiation sickness that seems to be effecting Rann far more than the rest of the team, at least for the moment and it could be what is leading him to make strange decisions as of late. Peter B. Gillis and Kelley Jones decide to take the team to the home planet of the creatures they had encountered, anything being better than where they had found themselves. The new planet is wondrous and the aliens hospitable, completely curious as to how the Micronauts look and where they are from, specifically of the shape of the model that represents Homeworld. All of this leads to the aliens showing the companions the Spiral Path, a part of the universe where Homeworld lies and where the Makers supposedly reside. The Makers, as partially revealed previously, are beings that have seeded life in the universe and it is curious to Rann and the others that these Makers are continually mentioned despite them never hearing about them before coming to this part of the galaxy. Unlike some of the previous issues, there is very little action taking place, instead, the book focusing on the personal problems of the team, that being the strange mood that Rann has found himself in and Bug who is missing Kaliklak far more than he ever thought he would. Bug is also feeling neglected by his teammates, a feeling that is unfounded but one that he cannot help experience as the rest of his comrades are all preoccupied with everything that is happening. Gillis leaves it all off on a note of uncertainty, of their futures together as a team and singly. As for Biotron and Microtron, time will tell if they are made whole again, the odds being on their side at least.