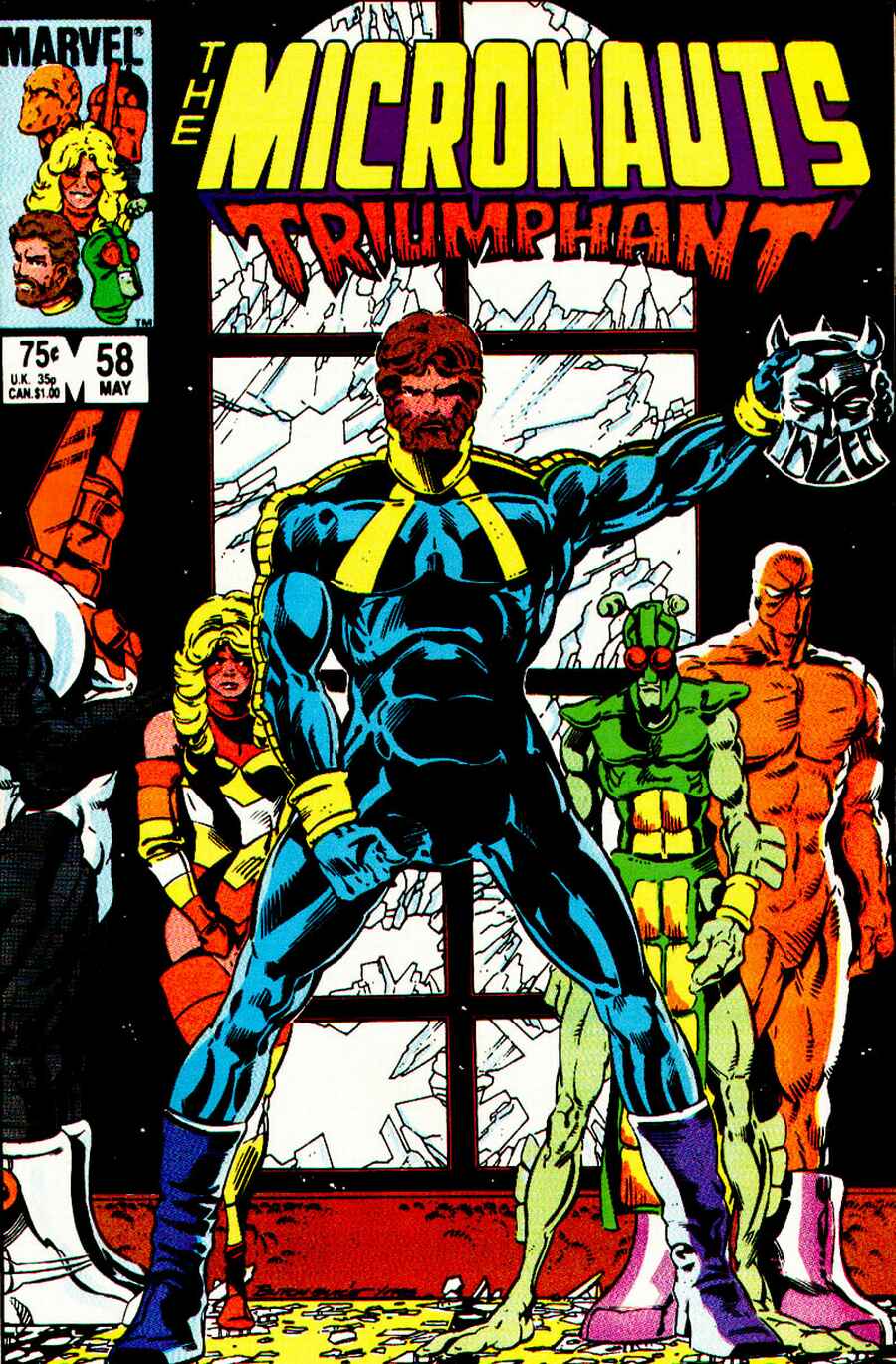 Entitled ‘The Long and Winding Road,’ it is a fitting name for the last book to be penned by Bill Mantlo, the man who has been behind the entire series since the very first issue. It begins with the Micronauts returning from Earth and their team-up with the X-Men, just passing the space barrier when Fireflyte’s song reaches its end and she becomes comatose from over-exertion. Thankfully Huntarr is on hand to save them, though for Marionette it is not good enough, nothing being good enough except the defeat of Baron Karza. Mari is definitely a changed woman, far removed from who she used to be and her teammates do not like seeing the bloodlust that has overtaken her. Reaching Homeworld, the Micronauts find the place deserted and they all know immediately what has happened even though they question it. There is only one answer as to why there is not a single person left alive on the planet and that is Baron Karza whom they soon find in the Body Banks, the only building left standing without any noticeable damage. Butch Guice and Bill Mantlo end this story the only way that it could have, with the Micronauts in pitched battle against the monster who destroyed their home and their lives and that of every living thing in the Microverse. If the ending feels a bit rushed, that is most likely due to the fact that it is. Where the previous books in the series have taken their time and built up the suspense and tension and story around whatever culmination Mantlo has had in store and here he just goes for it with a quick explanation of how and why Karza can be beaten and then the Micronauts doing just that. It was not necessarily a bad thing and it is understandable that the man would want to wrap up what he was doing, but it could have been better. The ending of the book is a bit sad, but hopeful as well with the peoples of the Microverse assembling to determine with their own eyes that Karza is indeed dead while the team themselves look to stop their wandering for a while, stop the fighting and just discover what it means to live a peaceful life again. Mantlo does leave one little nugget behind and it could end up either being nothing and going nowhere or it could be extremely bad for the team should things go in a different direction. As for the new Biotron and Microtron, there is no explanation as to where they came from, nor where Bioship ended up which does make things a little confusing for readers, but one does have to assume that it will be explored in some future issue of the book. All-in-all, Mantlo crafted an incredible legacy in the sixty combined issues of the series that he scribed, sixty-four if one counts the X-Men and Micronauts miniseries and it made for some incredible reading. Where it will lead after this is up to a new writer, but with an incredible sandbox to play in, it will no doubt be interesting.