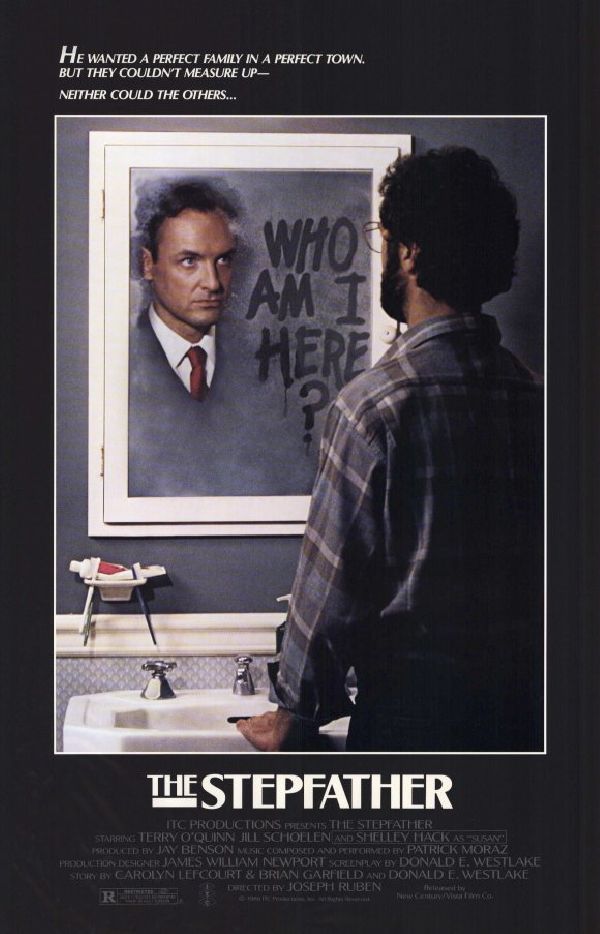 Terry O’Quinn stars as a man who is looking for the perfect family. He wants a wife who loves, honours and obeys him and children who do what they are told and all of them living up to that American dream as seen on the television shows from years past that he loves so much. Sadly he can never seem to find it. There is 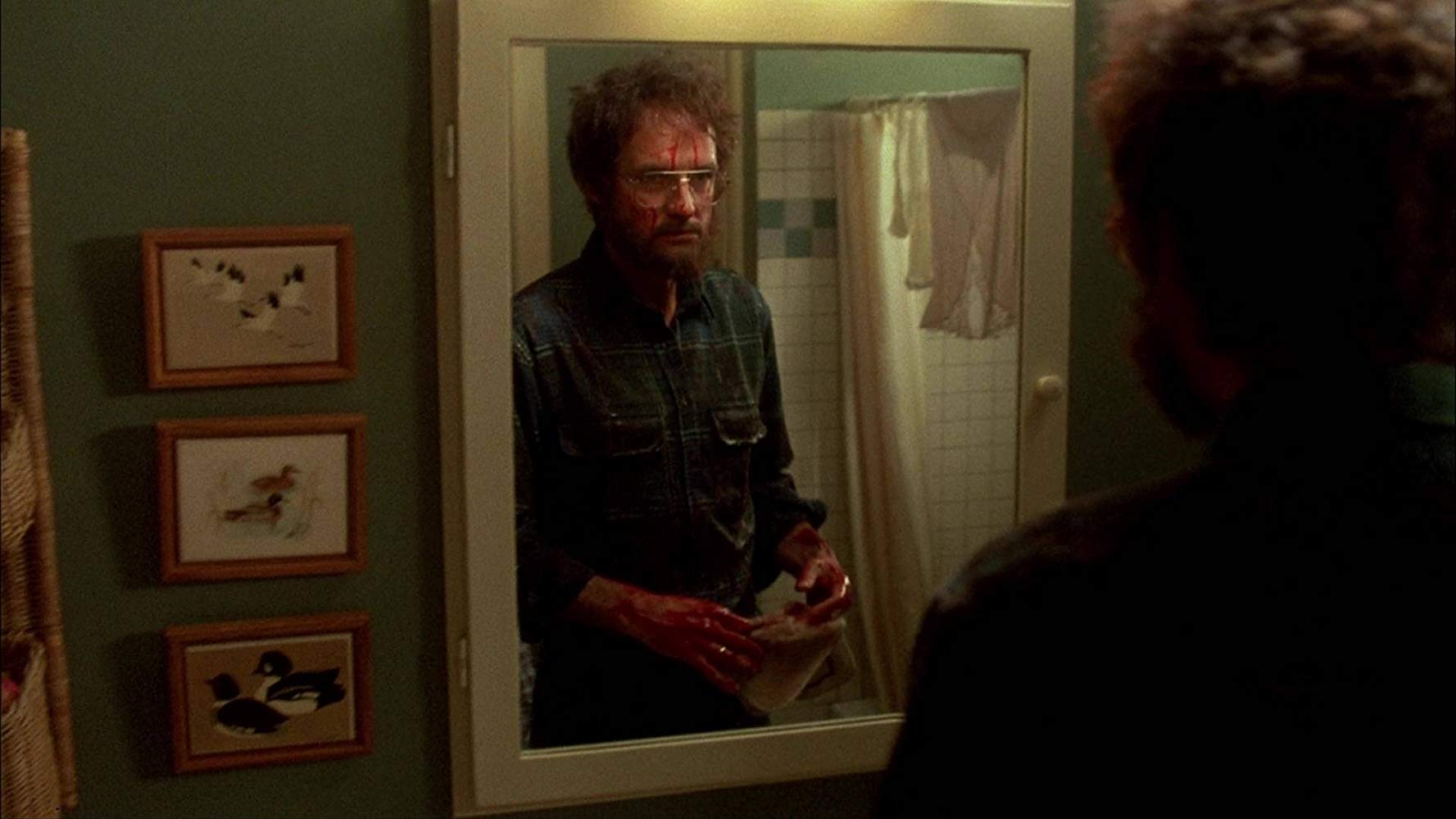 Written by Donald E. Westlake and directed by Joseph Ruben, The Stepfather opens with O’Quinn’s character Henry Morrison cleaning himself up, wiping blood off of his face while changing his appearance simultaneously. It is soon shown to the audience that he has just murdered his family as proven by the bodies strewn about the house including those of his children which is quite disturbing to see. It sets the tone of the film to come, one of tension and underlying rage, of exasperation and suspicion and it is a somewhat nail-biting experience as one never knows just when it will be that Morrison snaps 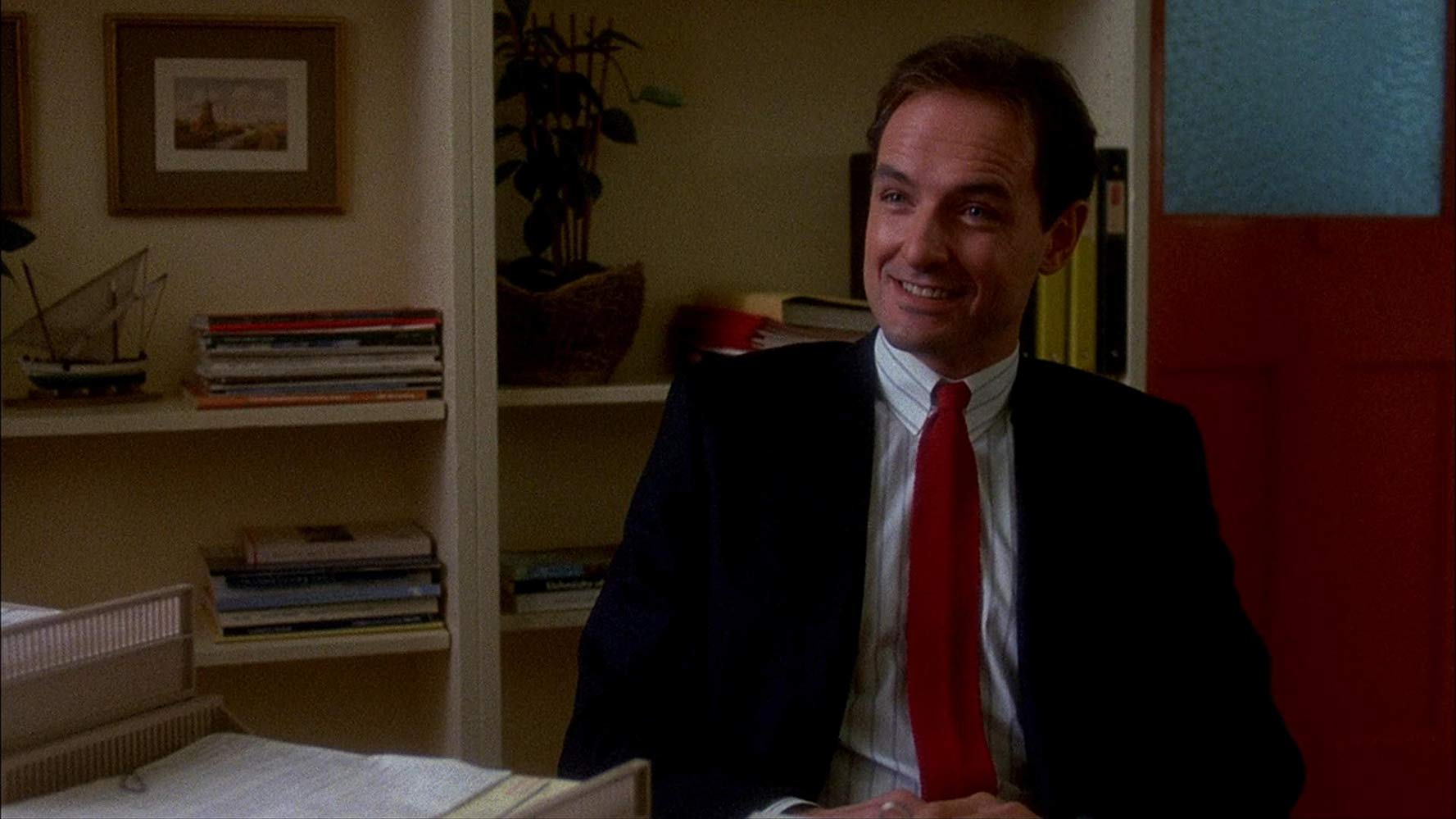 again and kills those he professes to love.

The opening sequence is about as horrific as one can see in a horror movie and for the most part, the film is not all that bad, at least until Morrison decides to kill again. O’Quinn plays the part perfectly, the man as congenial and friendly as can be. It is only when the truth starts to come out that the cracks start to show and the man’s true self begins to emerge, the multiple identities he has held bubbling up. His performance is captivating and makes the movie just the same, the audience always wondering just when it is that he is going to kill and who he is going to kill. One can guess it will be the daughter first as portrayed by Jill Schoelen and when that next murder does take place, viewers know that it is only a matter of time before Morrison begins to think about getting a newer, better family.

The rest of the cast does a fine job and they help to move the story along, but it is Terry O’Quinn that keeps people watching, carrying this picture to success. While it might not be the scariest film around, it is quite scary in the fact that this has the potential to actually take place. There is nothing more frightening than the death of a child as they say and to begin a movie on that particular note does not usually bode well for those who decide to continue watching. While the rest of the film never really lived up to the tragedy and horror of that opening sequence, it is still quite good and more than memorable due to its lead and the talent he bears within. 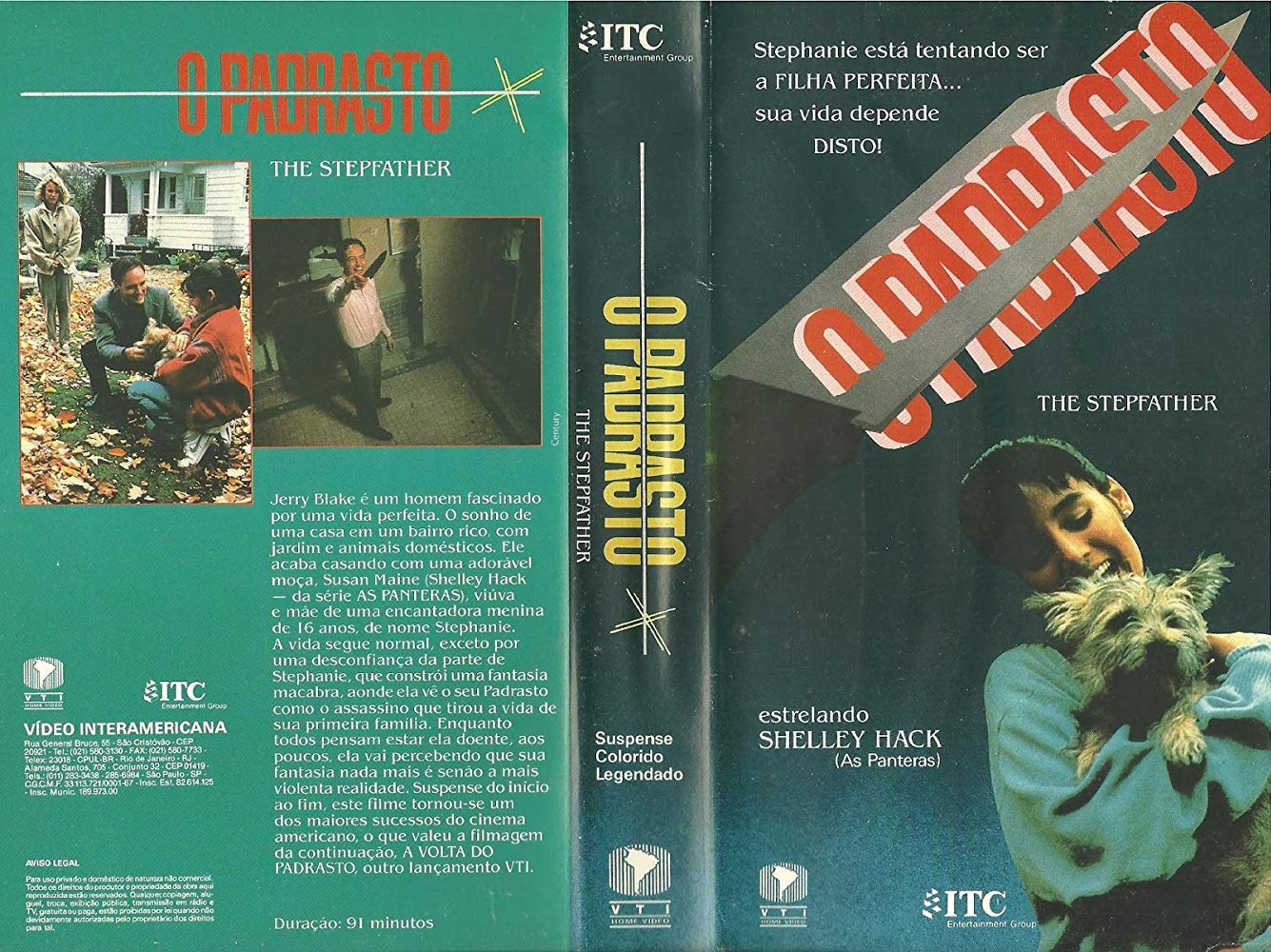