One and Done – The Master of Rampling Gate 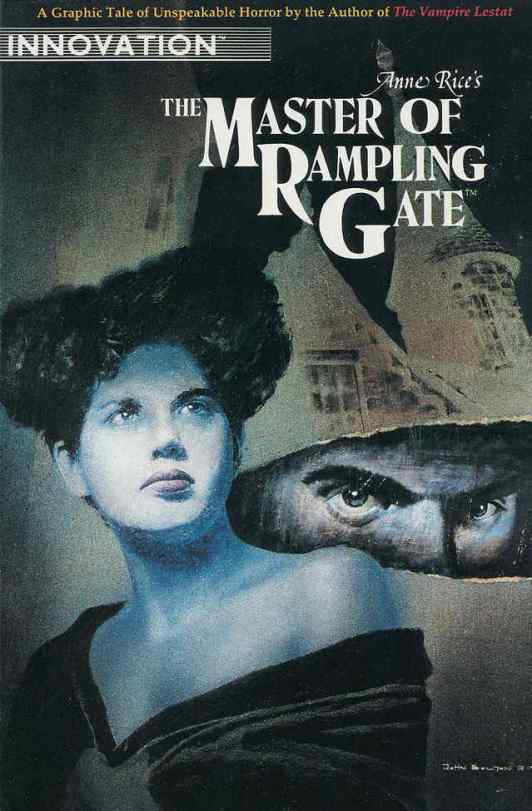 Adapted from the novella by Anne Rice for Innovation Comics, The Master of Rampling Gate is a gothic horror a brother and sister who have inherited the family estate, one which happens to be inhabited by a vampire. For all that it is, The Master of Rampling Gate does indeed read like Anne Rice and that is a testament to James Schlosser who does a decent job with the script. The main problem with the story is that there is not a lot to it, the bulk of it feeling like it is not as fleshed out as it could have been. There is a bit of history given by the brother and sister, of their father and the estate, and later on, there is some given by the vampire as to his origins and an even deeper history on where Rampling Gate came from, but there is simply not enough in-between those scenes to really keep readers interested. Marketed as a horror, which is easy enough to do given the source of the material, the only horror that is actually present is in the existence of the vampire itself and of how said vampire keeps itself alive. The problem is, with this being more of a gothic romance/horror, said creature and its existence is made more romantic and how could it not be? Would not everyone want to live forever, in love and with their love for all time? That in itself could also be classified as horrific only for the fact that everyone else that one would have known in their life would grow old and die and quite possibly, resentment might grow between partners or of oneself for living so long or any number of things. That is simply speculation of course and when it comes to this story, there is none of that here, merely the vampire’s sad tale of living alone for so long without anyone to truly love. What makes the experience far better than it might have been are the fantastic paintings done by Colleen Doran who definitely embraces the gothic roots of the tale, making it all exceedingly bright and romantic with just a touch of darkness, that again being embraced by the vampire and for a moment, what seems like the father’s madness. All of it makes for a very nice package, but without any palpable horror and a lack of suspense, tension or action, it was all just a little bland and a book that could have been and should have been more than it was despite it featuring many of Rice’s hallmarks within.

One and Done focuses upon single issue stories, whether they be one-shots, graphic novels, annuals or the like.  One book that contains a beginning, middle and end with no continuation elsewhere.