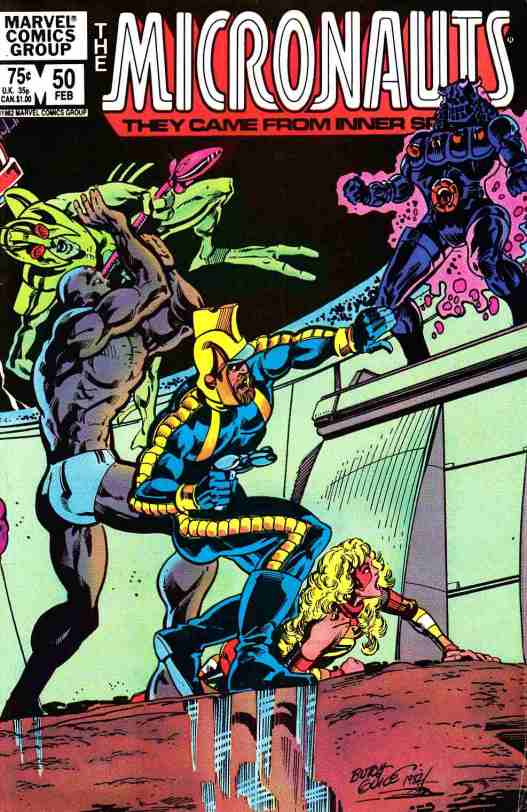 Evil never dies and it is proven here with the rebirth of Baron Karza, the man having just emerged from the shell that once was Prince Argon. It is revealed here that Argon had become an incubator for the evil mastermind and that he had never really become the villain that everyone thought he was, it simply being Karza’s influence and personality taking over. Such as it is, Karza stands tall and triumphant despite not having won anything as of yet, that still to come, and more powerful than ever. Everyone stands dumbfounded, not believing their eyes, but it is Karza and he means to exact revenge and destroy anyone who fails to bow down before him. Bill Mantlo and Butch Guice deliver a very shocking return, more so than the last time Karza came back from the dead and now, without Acroyear being able to channel the power of Spartak or Commander Rann having the power to summon the Time Travelers, it looks like Karza may just end up winning this final battle. What happens next is what makes the Micronauts as great as they are, for even though it looks like the battle might be lost even before it has really begun, they fight on against all odds, against the Death Squad and the Dog Soldiers and against Karza himself. What readers will see is quite startling as Mantlo pulls no punches in this story and it is not one Micronaut that ends up dying, but many. The first to fall is Lady Slug, still trapped within Belladonna’s body and nothing she will ever have to worry about again and not even seconds later, Belladonna follows her into the afterlife. While Prince Pharoid strikes out at Karza with everything he has, it is not enough and the man is struck down almost unceremoniously, a casualty of courage and bravery. Margrace is killed as well after having led his men into battle and while Karza’s forces do indeed take some hits, it is definitely not enough. For a moment, Rann and Karza fight psychically and when Karza learns that Rann does not possess the Enigma force, he essentially claims victory then and there. In yet another shocking moment, Devil who is still aboard Bioship dies as well even though readers knew it was coming, yet he tells Rann not to grieve for he will be reborn and out of his corpse emerges a new Fireflyte who will prove to be a key player in the current war. If there is one word that sums up what is happening upon the pages in this book, it would be epic as Mantlo and Butch Guice truly outdo themselves with this outing. What makes it all just a little bit disheartening is the fact that the Micronauts have to retreat yet again else they should face death and defeat. With a wildly exciting story that sends the reader through a gamut of emotions and artwork that makes it all absolutely thrilling, the Micronauts continues to be a must-read. 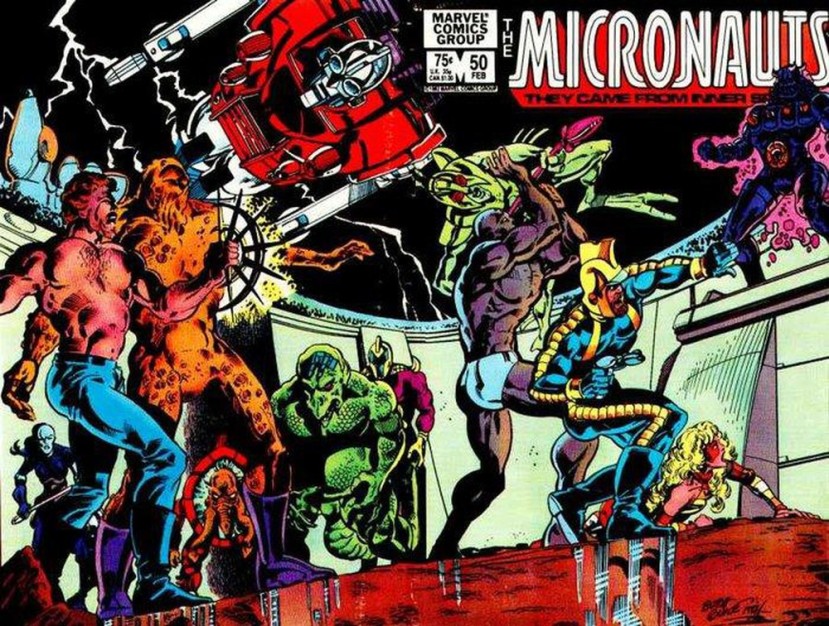