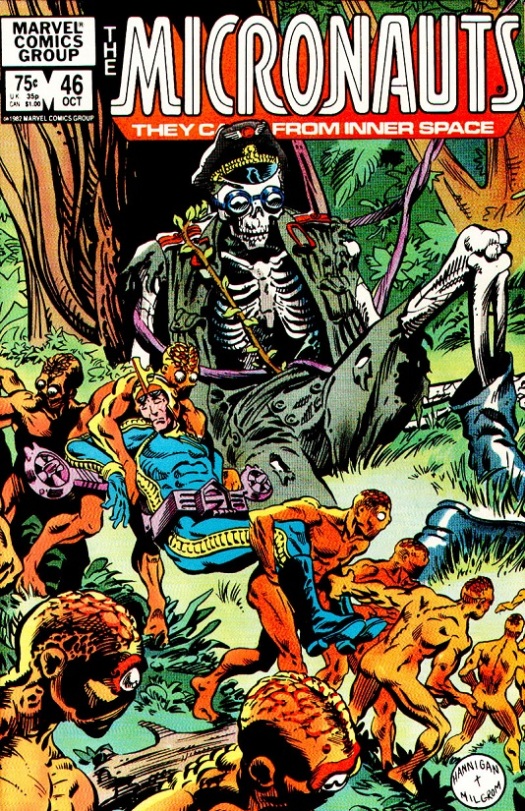 The Micronauts remain separated, the team of Rann, Devil, Microtron and Nanotron being especially demoralized, not to mention in imminent danger of drowning. Caught upon an offshore rig that has exploded and is about to sink, Rann is unsure of how he will save his companions and even should he do so, of where they will go. Bill Mantlo and Luke McDonnell create quite the conundrum for the heroes, but they do offer a way out and manage to pack it full of action and suspense along the way. As it is, it takes a recording of Fireflyte’s song to finally calm Devil down, to bring him from that uncontrollable beast to what he used to be and Rann wonders if Devil is in actuality the monster they have seen him become, only made docile due to Fireflyte’s influence. Back on Homeworld, things are a little more interesting simply due to the fact that when last seen, Marionette was falling to her death after having been stabbed by her brother in his new energy form. Luckily for her, it only disrupted her nervous system and just before hitting the ground, recovered in time to avoid certain doom. Back in the castle, Argon gloats only to notice that Belladonna and Slug have escaped. The two women, while not necessarily reaching any sort of compromise, are for the moment working together as both want Argon removed from power and it is here that Mantlo finally reveals Slug’s origins, of how Karza killed her husband and her baby was given away with Slug taking the name of Karza’s insult towards her brood. All the while this is happening, Bug and Acroyear have gone down to the Pleasure Pits to rescue Prince Pharoid who is doing his best not to scream out as Argon’s Dog Soldiers torture him. McDonnell’s incredible art in conjunction with Mantlo’s captivating story close out the book with Rann finally making it to land, the fate of his companions unknown. As he passes out, some strange little creatures carry him off to a graveyard of men and vehicles and place him in a very familiar coffin which readers know will somehow play out in the next issue. From beginning to end, another great chapter that continues to move things along towards what can only be a confrontation with Argon. 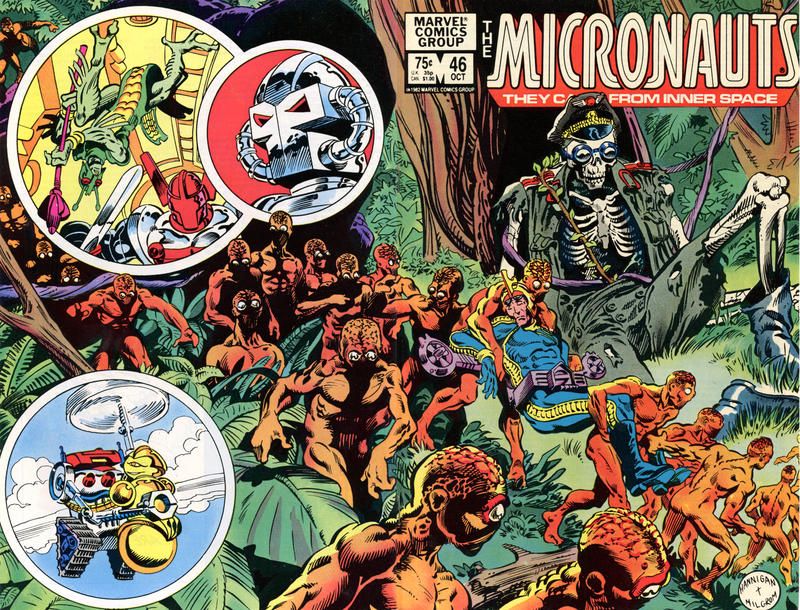