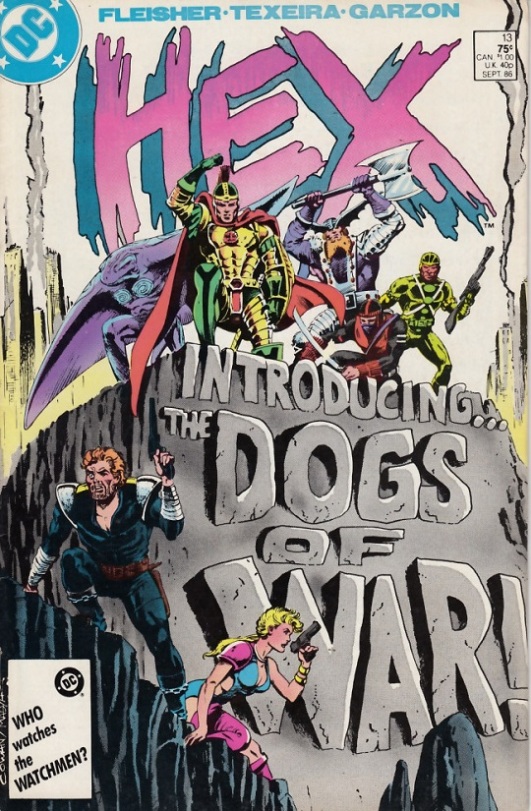 After defeating the Terminator robots, Hex is worried that Batman may not have made it out alive from the Batwing which crashed into the harbour and so diving in, Hex looks to assuage those fears. Failing to find anything, which does not mean that Batman cannot somehow be alive, Hex is attacked by some mysterious divers and knocked unconscious. Michael Fleisher and Mark Texeira then take readers across the country where a group of soldiers called The Dogs of War are attacking a caravan, looking to take what water they have and if readers were to guess, these soldiers are made up of all the time-tossed people Borsten kidnapped from the past, now unified into a fighting force. Not only that, but they have also taken some of the men as prisoners so that they might be used as slaves to work in a mine. How this ties into the ongoing antics of Jonah Hex though is not made known as of yet, though Fleisher does get back to focusing upon the hero of the book as he too has been taken captive. The situation Hex finds himself in though is quite different though as a couple of cannibals are looking to make Hex their next meal. Suffice it to say, Hex makes a quick escape and begins his hunt for Stiletta in earnest, going back to the club where he last saw her and while the people there play dumb, Hex manages to make a convincing argument as to why they should tell him as to where to look. Eventually, Hex manages to discover what he needs, though not without firing his gun which leads to a bit of trouble as the book ends. Bringing it all to life with the help of Carlos Garzón is Mark Texeira, a man who was born to draw Jonah Hex and he aids Fleisher to leave the book off on an enigmatic and intriguing ending with a new character whom readers have not seen previously. Are the Dogs of War related to the strange figure or is he in the book to do something else? What is known is that somehow, someway, Hex is going to figure into it and it will no doubt be quite exciting.