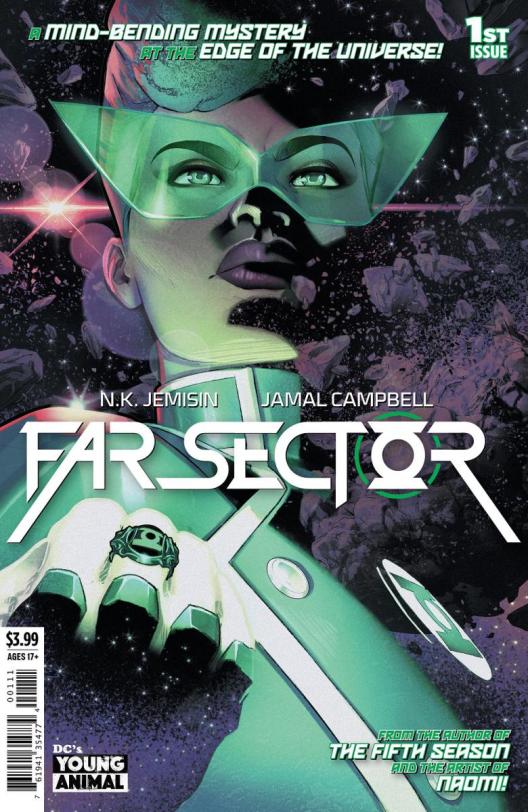 The Story – A murder has taken place on a planet that has been crime-free for five hundred years and it is up to a rookie Green Lantern on her first case to figure out not only who did it, but how it could have happened.

The Take – In a sector of space far removed from everything and as writer N.K. Jemisin puts it, perhaps farther than all 3600 recorded sectors that there are, new Green Lantern Sojourner ‘Jo’ Mullein is called upon to solve a murder. The problem with it all is that she has never investigated a murder and this planet she now finds herself on has had no crime in such a long time that they lack the tools to even investigate one. From this point on, it the book mostly takes a turn into the politics of the place, of the three races that make up the population and how Jo is going to go about it all, especially when nobody seems as forthcoming as she would like despite them calling the Green Lantern Corps for help. Jemisin packs the book full of sharp, smart dialogue and the story, despite there being little action taking place, is both compelling and interesting, packed with everything a science-fiction fan could ever want. Making it all come to life upon the page is Jamal Campbell whose artwork while impressive in Naomi, is even better here if that is even at all possible and the book is a thing of beauty. The Green Lantern looks unique compared to her peers, even if it is yet another human being wearing a ring and the alien races within, which are mostly humanoid in appearance, look impressive and distinct. Far Sector both begins with death and ends with it and while it does take some time to make it through the book, what with there being a lot to read, it never bores nor falters and for being yet another take on the Green Lantern concept, it sets itself apart to make for a very promising debut.