ridiculous, it turns out to be a somewhat decent time for those that give it a watch.

There is nothing especially original that stands out in this particular production, all of it being seen in one form or another both previously and since its release in 1982 and even though it is of low budget which shows through and through from beginning to end, there is still enough present to make it entertaining enough to stay tuned. The story itself begins with a girl about to be raped by her

stepfather and after fending him off, she takes off for California. Hooking up with a couple of guys who offer to give her a lift, they eventually end up in a small town and after stealing some groceries and bedding down for the night, are awakened the next morning by a couple of cops who execute the two men. Nancy runs for her life and just when she thinks she has reached safety, finds she has run straight into the arms of a murderous family who are looking to sacrifice her to bring their mother back to life.

For the most part, writer and director John A. Russo does a good job despite the script having some obvious faults, the film

looking quite poor at times and everything being so cliché. The movie is packed with tension though, almost from the first and it eventually turns out to be quite spooky at times, though not necessarily very scary. In fact, the only thing that is slightly frightening throughout it all is the racism expressed by some of the yokels towards the young men and the determination by the Satanists. There is some brutality throughout, starting with the death of a young girl, the murder of a priest and his daughter and the eventual execution of the two boys and sacrifice of the young women and it definitely adds to that slasher atmosphere. Eventually though, when it turns to Satanism, it is not really a turn for the better, but it does make what these hillbillies are doing slightly more horrific than it normally would have been as it adds purpose.

Midnight will not be everyone’s cup of tea, but for those looking for some low budget B horror films, this one will not disappoint. 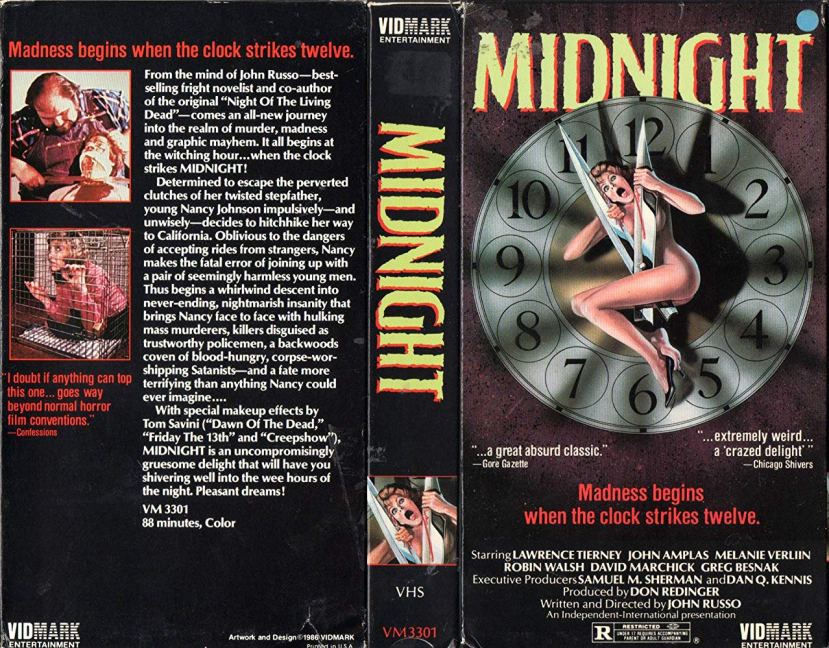