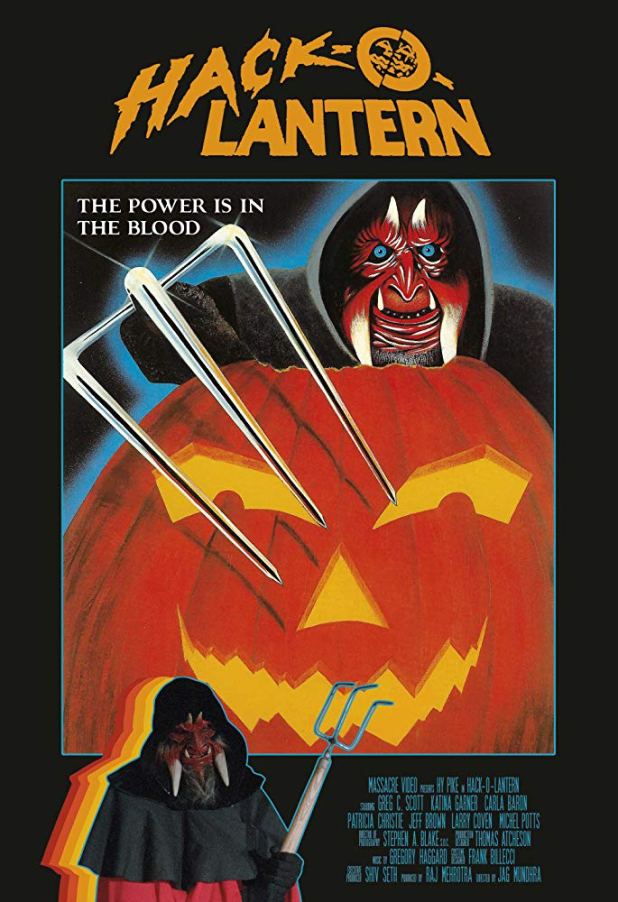 The only thing really disturbing about Hack-O-Lantern is the lecherous old grandpa who wants to get his grandson in on the family business of Satanic worship. Played by Hy Pyke, Grandpa is a truly villainous creature that both annoys and destroys his way through this picture, his family the ultimate victims of his cruelty, 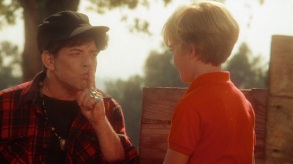 never mind those that die by his hand directly or indirectly.

As such, Pyke is a great bad guy as viewers will hate him almost immediately, the man’s singular focus being the preservation and furtherance of his coven. He kills his son-in-law in order to keep control over his eldest grandson, his daughter furious at him and hating what is happening. As the years pass the control grandpa exerts over Tommy grows until it is finally his time to be initiated, much to the consternation of his mother. To say this movie is cheesy is putting it lightly as some of the acting and dialogue really drive it into ridiculous territory. It does not help that the

film is also overlong, meaning director Jag Mundhra has to pack it full of moments that are not only silly, but test the patience of the audience. That is not to say that it was unenjoyable, as it is probably one of the best worst movies ever made, but it could have focused less, or more depending on who is asked, on the nudity within and perhaps tightened up the

family drama with a little more history on mom’s relationship with grandpa.

Additionally starring Gregory Scott Cummins as Tommy who just screams the eighties with every fibre of his being as well as Katina Garner, Karla Baron, Jeff Brown and future porn star Jeanna Fine, they would ham it up exceptionally well or at least as well as one would expect in a film such as this. As far as it being a slasher, there are very few kills though they do manage to be quite graphic, particularly when Fine gets her face almost raked off or the boyfriend gets his head nearly shovelled off. Even then though, there is nothing overly frightening about this film aside from Pyke who just seems like he would be naturally creepy whether in a movie or not. None of the Satan worshippers or rituals really add anything to the film other simply being there and giving Grandpa a reason to leech onto his grandson, at least until the end of the picture when Grandpa finally gets his which assumedly, was a long time in the coming.

Hack-O-Lantern is not a good movie, but on the other hand, it is also pretty fantastic. A conundrum for sure that can only be clarified by seeing it for oneself.