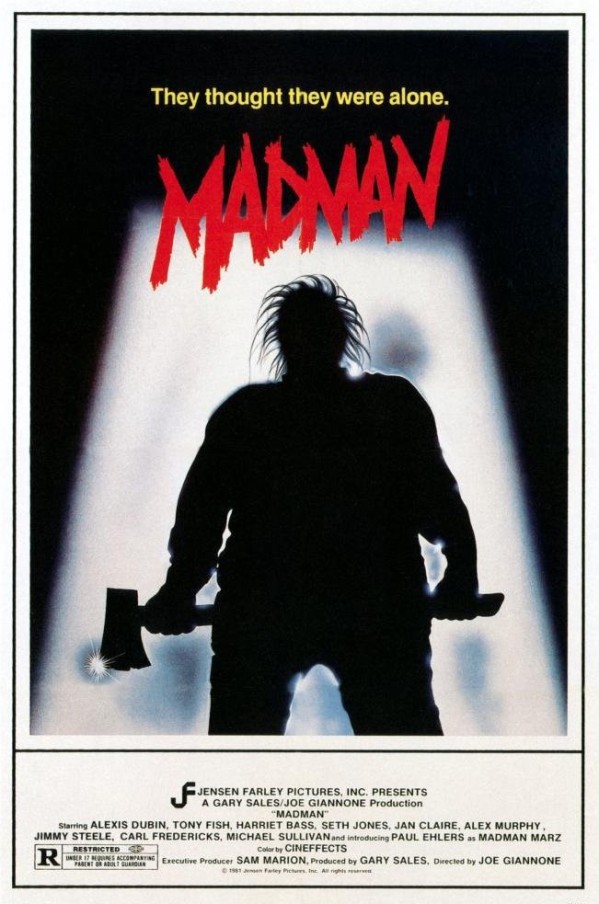 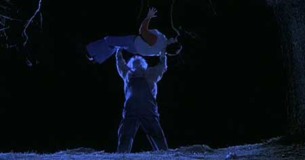 he can find at a camp for kids. Thankfully, the children all survive the proceedings, but those who can be legally called adults are cut down like so much chaff.

Those who take the time to make their way through this movie will find that there is nothing overly original about it and when it comes to summer camp slashers, there are others that have done it better, be it Friday the 13th or The Burning just to name two. That is not to say that watching this is a wasted exercise, for there is a bit of fun to be had in all of its familiarity. For one, despite the killer obviously wearing prosthetics on his face to make his hillbilly persona more imposing and horrific, it looks just a bit too silly to be taken seriously and thus good for a chuckle or two. The best moments are those 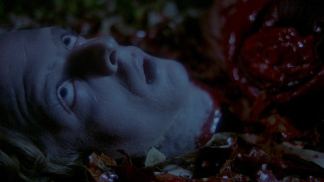 when the killer is kept in silhouette, a shadow monster reaching out and destroying anything that takes human form in front of him. The dialogue at times is not altogether believable, but the cast despite being full of unknowns is not all that bad. What really sells this picture though more than anything else, is that it looks good with James Lemmo in charge of cinematography and director Joe Giannone, the two making it all very atmospheric and spooky and giving the film exactly what it needed.

There were some faults to be had and with this being an 80’s slasher, that is to be expected, but sometimes they can be overlooked if the whole is better than the sum of its parts and here, that is exactly the case. Ultimately, Madman was a fun movie with everything that one would want to see and while it got off to a slow start and there was little to be scared about, with all the clichés from the genre present and accounted for, it still manages to entertain. It definitely could have been better and there are films that take place at a summer camp that are stronger than this one, released both before and after, but Madman is still worth a look, especially given that very disturbing ending. 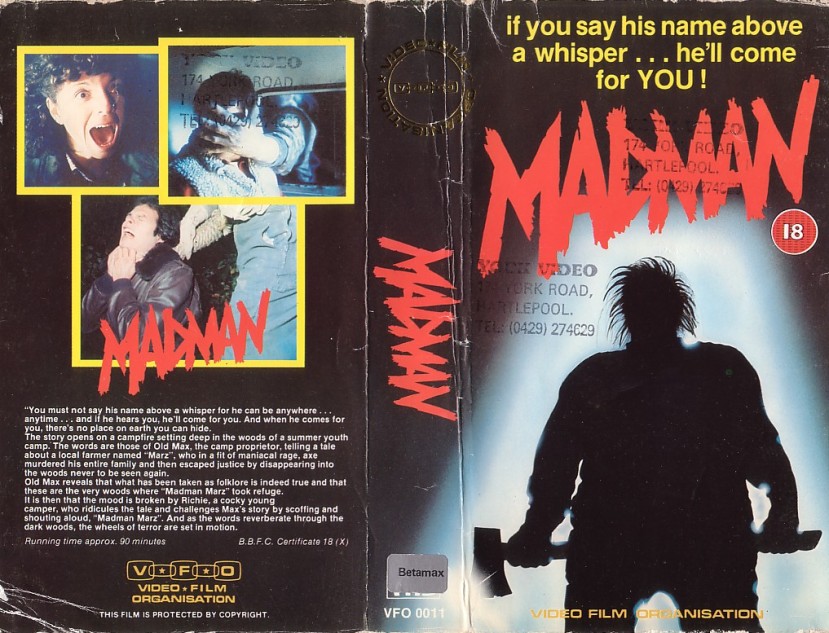