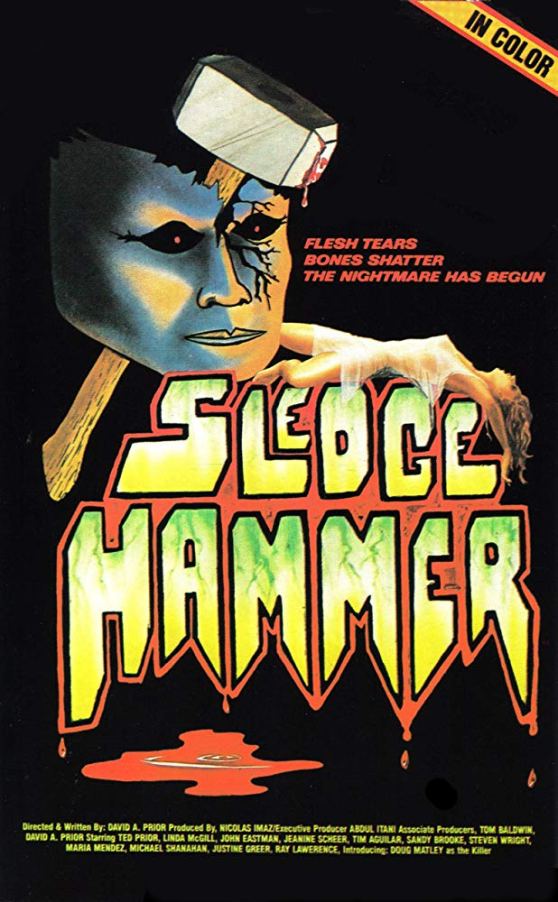 If there is one thing that Sledgehammer screams when it begins, it is budget and it looks it too, like a soap opera that would have aired back around the same time. It is of very poor quality and makes it both easy and hard to watch, notwithstanding the acting which is truly atrocious. It does begin on a strong note

though, as the movie’s title comes into play and the mother figure who is introduced along with her boyfriend are both murdered with a sledgehammer and somewhat graphically as well.

From there, it all degenerates into pure, unadulterated cheese and it is cheese of the worst kind. There is little entertaining or fun about it as it turns out to be scene after scene of awful acting, incredibly terrible dialogue and more padding than a cell at the local asylum. Given the pace of the film, one has to wonder why the use of slow-motion was also used so much. If there was a movie that could be called glacial, it was this one. Another thing that makes this picture so incredibly ridiculous is that the audience is supposed to believe that all of these people who are getting murdered are just teens

when clearly, some of them are at least in their thirties, if not older. Thankfully, the last twenty or so minutes of the movie finally picks up as everyone starts dying, but it was hard getting there and it would not be surprising if most people tuned out in the first half-hour before ever getting near the finale.

The best thing that the movie has going for it is that no matter how bad it gets, one has to give director David A. Prior a pat on the back and maybe some kudos for making a film like this on an essentially nothing budget. There are brief moments that stand out, but it is all so hokey that it is hard to really get into. One could say that it is so bad that it turns out to be good, but it really leans more towards bad than anything else. There are in the grand scheme of things, better ways to spend one’s time. 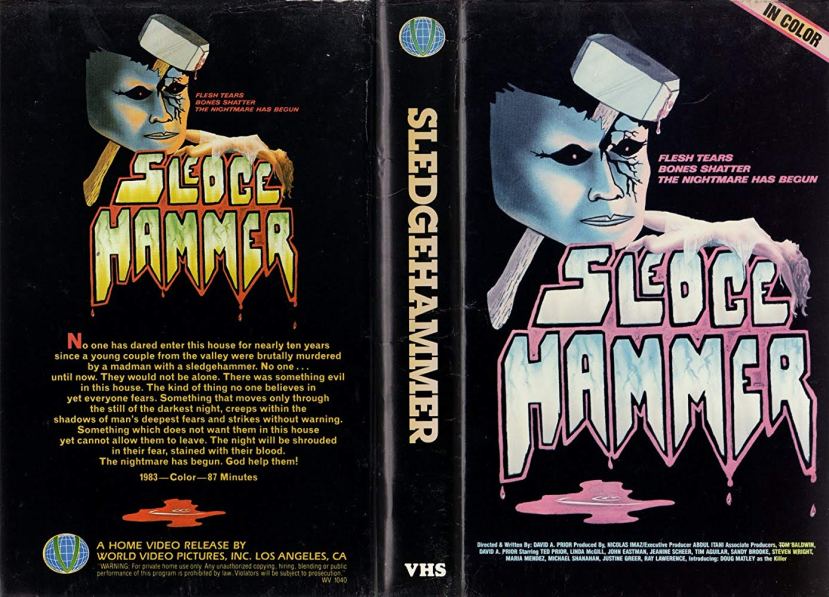