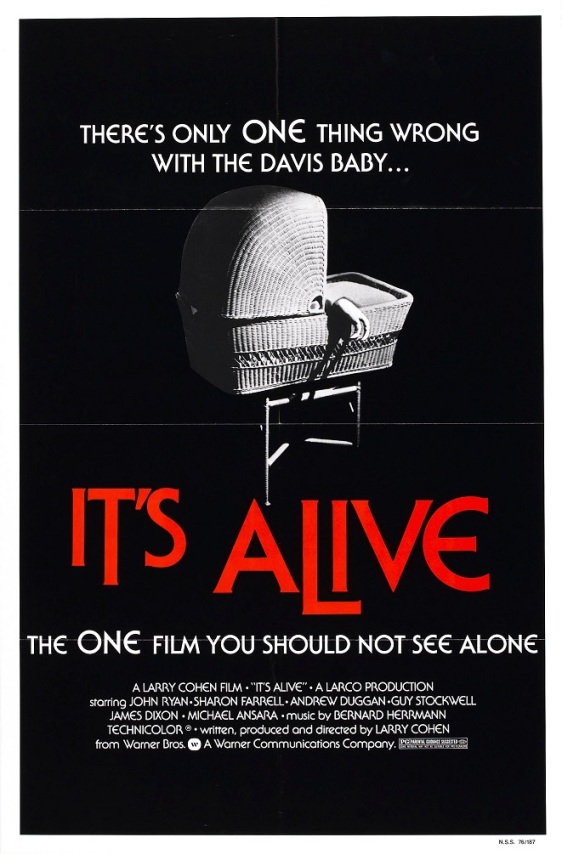 For some, it must have been quite shocking to see a film such as this when it was released in 1974. While it is not as graphic or as frightening as some of the films today, it remains disturbing for the simple fact that the movie revolves around one of the more significant moments that parents can have, that of childbirth. For

Frank Davis, his nightmare begins with the arrival of his second child and it continues until the very last frame of the picture.

Starring John P. Ryan in the lead and Sharon Farrell as his wife, the two are more than convincing as the traumatised parents who just had a mutant baby. Perhaps if it had just looked differently, it would have been fine in the long run, but considering it went on a killing spree and murdered everyone in the delivery room right from the moment of birth and continued to do as such wherever it went, traumatised might be too little a word to describe exactly what they felt. Watching this, one has to suspend all disbelief because thinking about it makes it all seem a little silly, but by doing as such, writer and director Larry Cohen serves up a wonderful slice of horror that may not be the scariest of films to be released up until this point, but it does play upon the senses, the disquieting nature of the situation and the discomfort of watching the emotions that Davis goes through while trying to live through it all. More than anything, the film is packed with suspense and more than enough tension to shake a stick at, especially those moments when the child is closing in on its prey or the police are

closing in on it.

Aiding in this is the wonderful score by the legendary Bernard Herrmann, the music definitely helping to move things along at a good pace. The script is smarter than most give it credit for, bringing forth ideas about environmental factors affecting pregnant mothers whether through toxins or pills, though it is hard to take seriously when people are smoking, particularly Frank, in the hospital. The special effects are solid, for what little the mutant baby is on the screen and there is quite a lot of blood to be found throughout, solidifying the threat that the baby poses. Last but not least, it is the performance of Ryan that brings it all home, a man appalled and disgusted by what has happened and yet, when all is said and done, blood calls to blood and he cannot help but love what he has produced no matter its actions or appearance.

It’s Alive may not be for everybody given the subject matter, but it ends up being a highly entertaining film for those that are able to sit through it all.