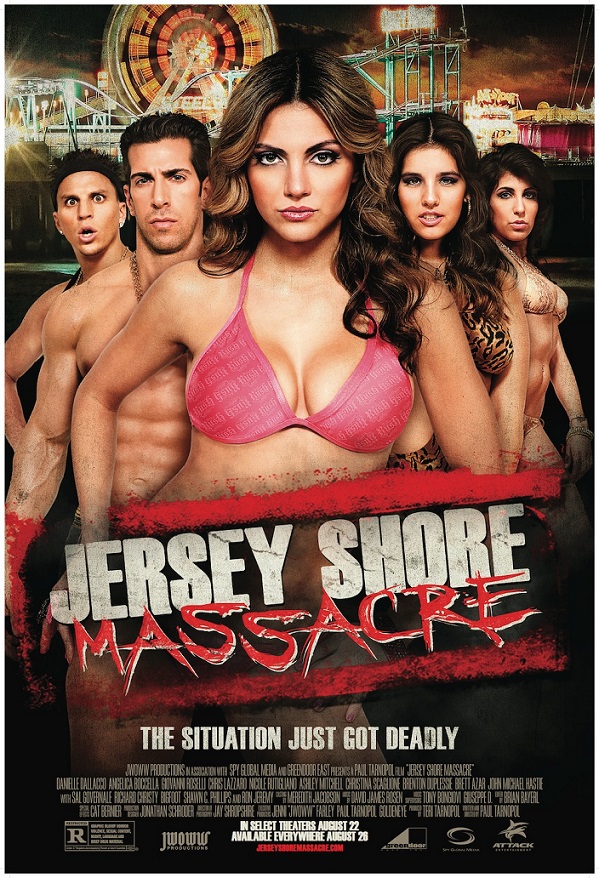 When one of the best things about your film is Ron Jeremy, it does not bode well for the rest of it and such is the case with Jersey Shore Massacre. 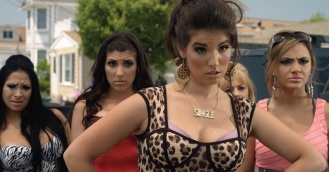 Putting it lightly, the film is extremely hard to watch unless one is a fan of Jersey Shore the television series. There is a lot of dialogue between the various characters for a very large portion of the movie with the massacre being nowhere in sight. It literally cannot come fast enough and when it does,

the kills at least look pretty decent with a lot of blood and guts and even fairly gruesome at times. If only the killer could have killed a lot faster, the film might have been better off giving said murderer a little more time to get his groove on while creating a little more suspense and tension instead of jamming it all into the final act.  Once all the players in this movie start getting killed off, the movie does pick up exponentially, but it is too little, too late.

For a slasher, the film had all the right ingredients present, they were simply utilised poorly. At the very least, the last half of the film made up for the misfire of the first. Barely.