No matter how one watches this film, whether as Castle of the Walking Dead, The Blood Demon, The Torture Chamber of Dr. Sadism or any of the other innumerable titles it has, it ends up being a highly atmospheric and

extremely enjoyable horror movie starring the one and only Christopher Lee.

Here, Lee plays Count Regula, a man who kills young virgin women to further his life through an elixir of his own making. It all comes crashing down though when one of his victims escapes and he is executed when the truth comes out. Years later, the man is resurrected and now looks to finish what he started all those decades earlier with the help of one last sacrifice – the Baroness Lilian von Brabant. Her lawyer, Roger Mont Elise is determined for that not to be the case.

While one would think that Lee would be the villain to watch out for in the film, it is his servant Anatol who helps to revive his master and almost steals the show from under the legendary actor. Where Lee might rule and order within, it is Carl Lange’s Anatol who carries those orders out as he sees fit and diabolically so for the most part. Lee is good as he always tends to be, but here, Lange gives him a run for his money with hero Lex Barker and leading lady Karin Dor not even 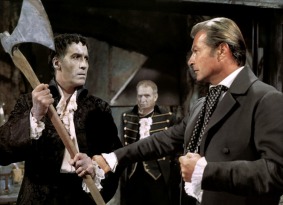 coming close performance-wise. As for the latter two, they do well enough, but this movie belongs to the bad guys and it clearly shows.

While the actors are good, it is that which surrounds them that truly makes the movie as great and as memorable and as it is. Whether it is the castle of Count Regula and its rooms of torture and grotesqueries, its hideous reliefs and paintings or the road leading to it that Roger and the Baroness must travel over, a road strewn with bodies while more hang in the trees – a literal forest of dread, the setting is just as important as it sets the stage for what is to come. Director Harald Reinl paints an eerie picture and while Lee might be an imposing figure and Lange a little more than frightening, they would not be as such if they were not surrounded by horror.

Castle of the Walking Dead is an underrated gem of a movie, one that perhaps gets overlooked due to more popular fare from Hammer Films at the time which would also showcase Lee in a starring role more often than not. La Tredicesima Vergine, Blood of the Virgins, La Fosse Aux Serpents – however, one ends up seeing this film and no matter the title, seeking it out and seeing it is definitely worth the effort. 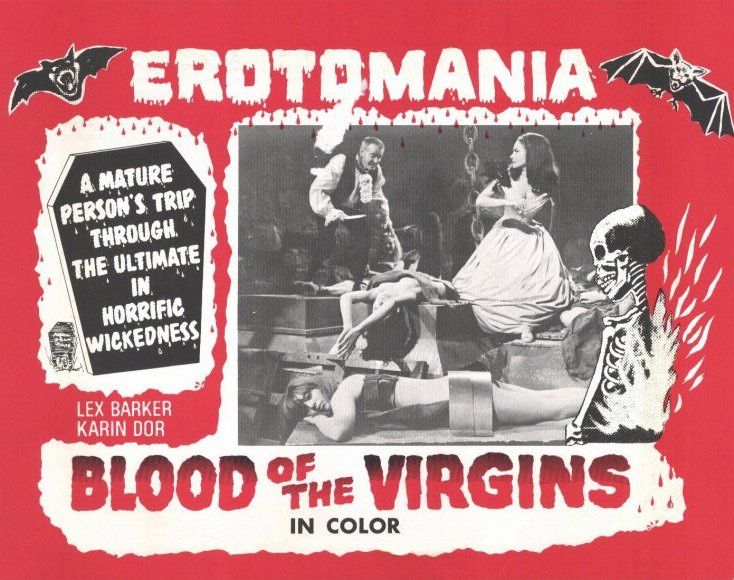