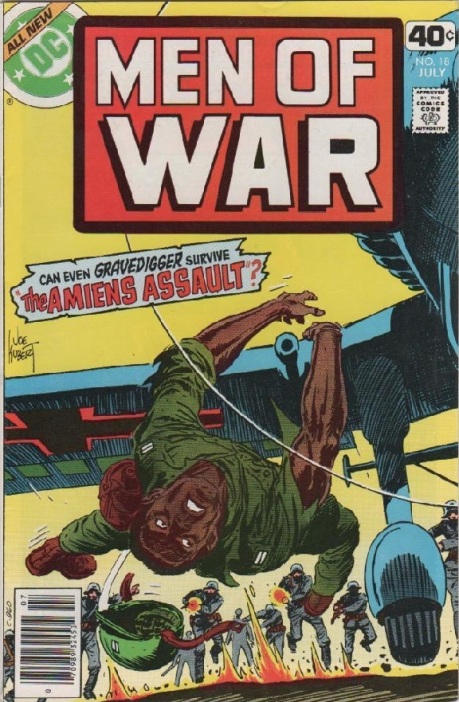 Having retrieved Defence Packet 6, albeit in a more waterlogged form than he would have liked, Ulysses Hazard and his compatriots head back to London where another mission is laid out. In this latest issue, Jack C. Harris fails to take it easy on the hero and sends him right back out into the field courtesy of Major Birch and the Undersecretary, this time to occupied France to rescue a man named Noire. With a bit of quick training, Hazard makes it to his destination and everything seems to be going according to plan – that is until it does not. Being the ever-resourceful soldier, Hazard makes do, but the Nazis are closing in and it is not long before he is going to have to make a decision that may get him or his charge into a little bit of trouble. Dick Ayers provides some stunning artwork and he brings along Romeo Tanghal for the ride, making the book look as good as ever. Readers are given a lot to enjoy with Hazard’s exploits, but one does have to wonder if the constant strain and stress of the mission he goes on will have an effect on the man, especially with what seems so little rest. As it is, Harris and company continue to give the fans what they want and it could not be any better. In the second part of the backup feature starring Rosa – Master Spy, it finds him in prison for impersonating one of the Baron’s men. All is not lost though and Rosa seems not to care, the man as cool and collected as they come. With a little help thanks to himself and the woman who originally betrayed him being a bit curious, Rosa is not long for the jails underneath the castle and eventually makes good on his escape, though not before putting an end to the man he was sent to kill. When all is said and done, Rosa returns to his handler, the man who hired him and confronts the man with the truth which Rosa uncovered during his mission – that he was hired by the real traitor, after which Rosa makes short work of the man. Altogether, this new story by Paul Kupperberg and Jerry Grandenetti has been a breath of fresh air in the book and it is always good to see something new make an appearance in the title. Though Enemy Ace returns in the next issue, it is hopeful that the master spy named Rosa makes a comeback at some point as he adds a bit of intrigue to a title already filled with World War II action and excitement.