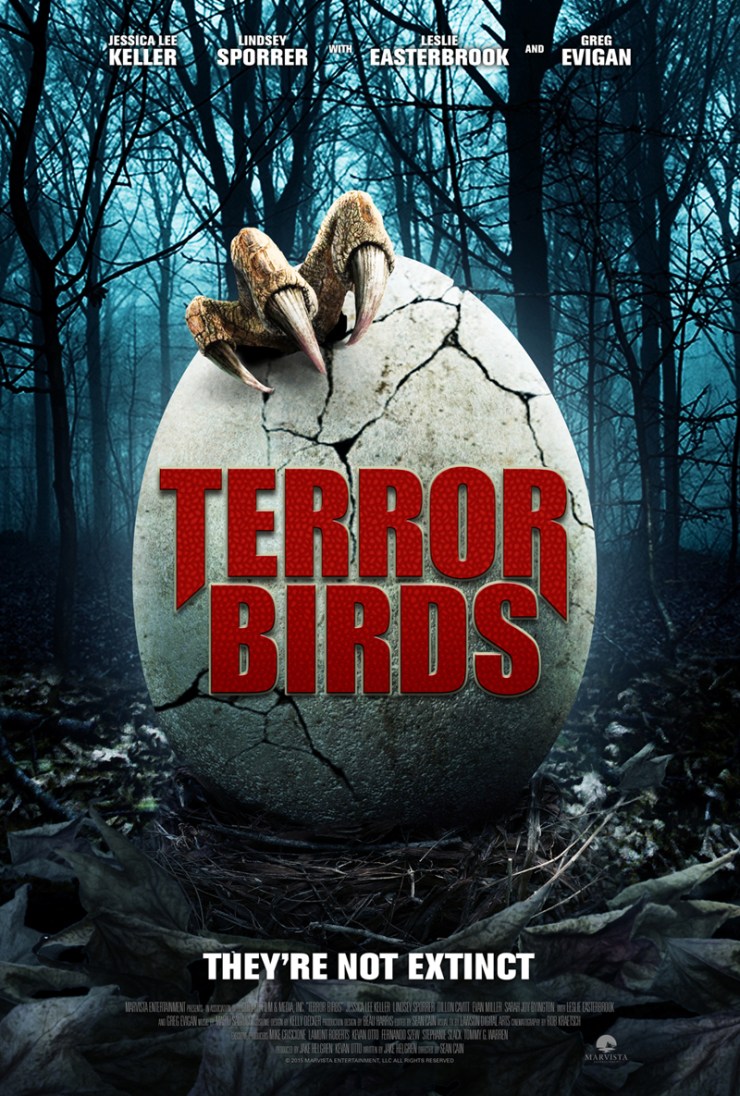 Terror Birds might have a name that is both kind of silly and right on point, but it lets viewers know immediately what they are in for and one cannot fault the makers of the film for that. In fact, there is little to fault them for in this motion picture aside from a little hammy acting here and there and a few lines that were a bit on the corny side.

When it comes to B pictures and creature features of this sort, there are plenty bad to be had. Terror Birds is actually not one of those. It will never be the best movie that anybody has ever

seen, but it is not all that terrible and manages to be quite entertaining for the majority of its running time. The entire plot revolves around a guy who discovered some ancient, giant birds on some remote island somewhere and wanting to make a few bucks or whatever, brings them home to the good ol’ USA. Factor in a missing father and a daughter that wants to find him, some friends who fail to recognise that sticking their noses where they do not belong could get them cut off and said Terror Birds being a little peckish, and it is a recipe for what should be a successful monster movie.

For the most part, despite a few little misses whether due to script or performance, the cast does a great job and delivers the material well. That being said, those who tune in to this film will not mind in the least once they start getting killed off because those who are watching a movie called Terror Birds want to see those birds do some killing. Nothing about the film was scary in any way, shape or form, but there is some good action to be had and a bit of tension present as the various players try to get out alive.  For a movie in this genre and in this day and age, it is definitely a cut above the rest.

The special effects are also better than the norm and overall, the picture manages to entertain its audience which in itself will be surprising for those that take a chance on it. So if in need of something to while away a lazy Sunday afternoon, a person could do a lot worse than this movie.