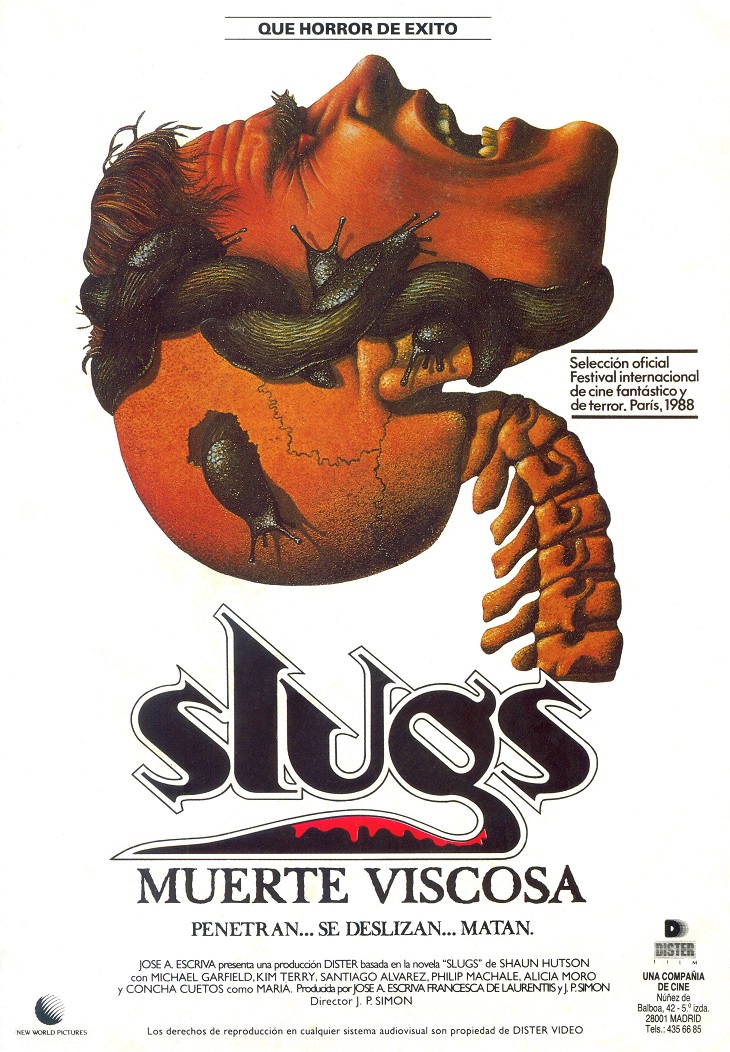 Nothing quite gets the skin crawling more than the thought of an insect landing on one’s self, getting underneath the shirt or in one’s hair and feeling it move around. Slugs takes that to the extreme as some irradiated slugs, freed from where they were nesting thanks to some construction, are now moving about town and killing everything they happen to encounter. Of 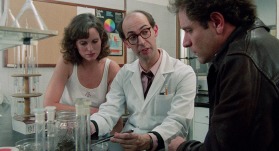 course, when county health inspector Mike Brady discovers just what is happening, nobody believes him and thus takes it upon himself to help rid the place of the creatures and save those who refuse to hear him out.

While this movie is a little campy at times and ultimately a lot of fun, there is a good chance that Slugs would most likely turn the average viewer off from watching the film due to the amount of gore present throughout. To say there is a lot is understating it as the slugs do not only kill whatever they come into contact with, they eat them alive and there is so much blood that one would guess most of the budget went towards the special effects and procuring the red goop used in its place. There are numerous scenes that will simultaneously gross out the audience, yet keep them completely enraptured as the slugs go to town on their victims. One man ends up chopping his own hand off as the pain from the slug bite is so bad while another finds a couple of young lovers torn apart from the nasty little monsters, the girl screaming and crying while they burrow into her. There is one particularly brutal scene where a man, having unknowingly ingested a slug earlier in the film, is eating at a restaurant when they burst forth and kill him from the inside out. It is all quite disgusting, yet darkly humorous in a way as the film tries to take itself seriously and

does not quite get there simply for the fact that it is too bloody and and too over-the-top.

Be that as it may and as ridiculous as it all might seem, the film manages to keep the audience on the edge of their seat with some of the actors doing a great job like Michael Garfield who plays the erstwhile hero and Kim Terry who plays his wife, while others are simply laughable. Directed by Juan Piquer Simón, the man does a great job at putting it all together though and surprisingly, amidst all the carnage and the drama, there is a bit of palpable suspense to carry viewers through from beginning to end. One thing that the movie also ends up doing is exceeding expectations by continuing to, become nastier as it goes along and getting worse/better as it heads towards the eventual showdown that would determine just who would come out on top – mankind or the slugs.

Though some might think this movie is pure cheese, it hearkens back to those monster movies of yore like Ants and Tarantula but taken far beyond the limit of what they were able to show at the time and all of it thanks to Simón and his love of the visceral element. Slugs might be a little silly at times, but the movie is one that will surely entertain provided one can sit through it all.