Corey Haim stars as Marty in Silver Bullet, an almost Spielbergian coming-of-age film which just so happens to also be a werewolf movie. Also starring Megan Follows as Marty’s sister Jane and Gary Busey as their eccentric Uncle Red, the picture follows Marty as he goes about his days, racing around town in his souped-up wheelchair called the Silver Bullet. Things are idyllic

enough until one day a body is found, an accident it seems, but when another is found and then another, the town is given a curfew for their own safety. After Marty sets some fireworks off on a bridge and one of them just so happens to injure the werewolf who has been killing everyone, it is then that his life changes because now the werewolf has Marty in its sights.

For a horror movie, this one has quite the feel-good atmosphere. It is nothing like any of the previous or later Stephen King adaptations to hit the big screen and even when the movie is supposed to be at its scariest and the werewolf is attacking Marty and his family, it fails to be that because it is so incredibly obvious that the film is heading towards a happy ending that it sucks some of the life right out of the scene. The makers of this film including director Dan Attias and author/writer Stephen King who would adapt his own work, set it up with such a congenial aura about it all that it nullifies any of the fright that one is supposed to feel. That is not to say that there is no horror present, because, with the various murders, one of which includes a child, it is a very horrific situation. It

might be light on some of the more gruesome aspects usually associated with most films that involve the monster featured within, but it is the implication and what is shown sometimes being quite bloody, or not shown that really sells the little horror that there is.

When it comes to the talent in the film, Haim is believable as the paralyzed little boy who does not let anything stop him from doing whatever it is that he sets his mind to. The attitude that he portrays is just another reason why this film feels so good to watch and coupled with those small-town vibes where everyone happens to be friends and neighbours almost make this a perfect family film. Even Busey surprises with a really decent performance, though one has to wonder just how much of it is him and how much the character. Overall, the picture gives off a very warm vibe, counter to what one automatically thinks that the film is going to feature or be about and that is at least in part, thanks to the great characters that King writes. Even the villain of the piece as played by Everett McGill seems like a fairly nice guy and while that eventually changes, it too adds to the overall complacent feeling the movie gives off.

Altogether, Silver Bullet may not have turned out to be the werewolf film that audiences thought they would get in 1985, but it turned out to be a movie that entertained from start to finish. It is, if nothing else, a great movie to while away an afternoon with, Halloween or otherwise. 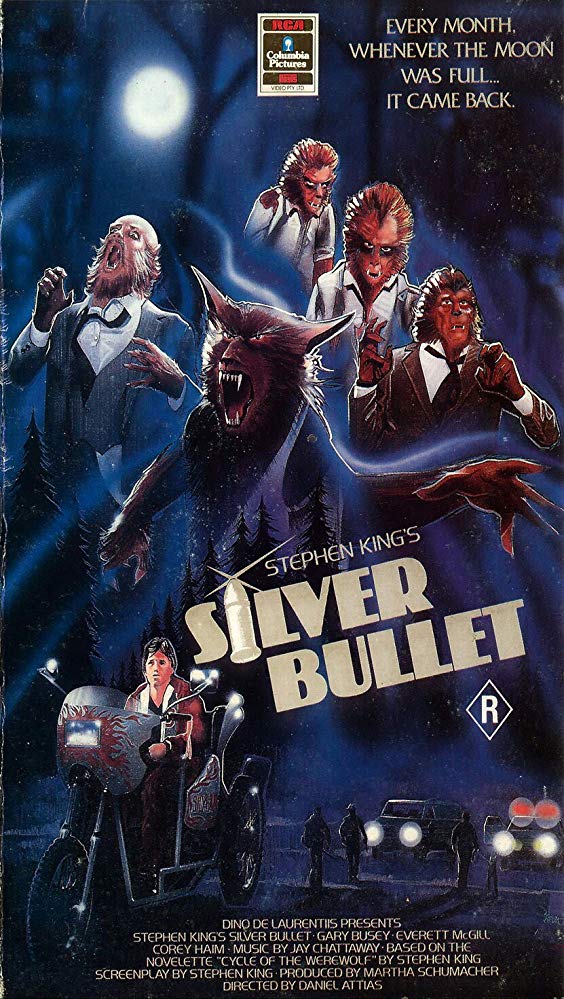