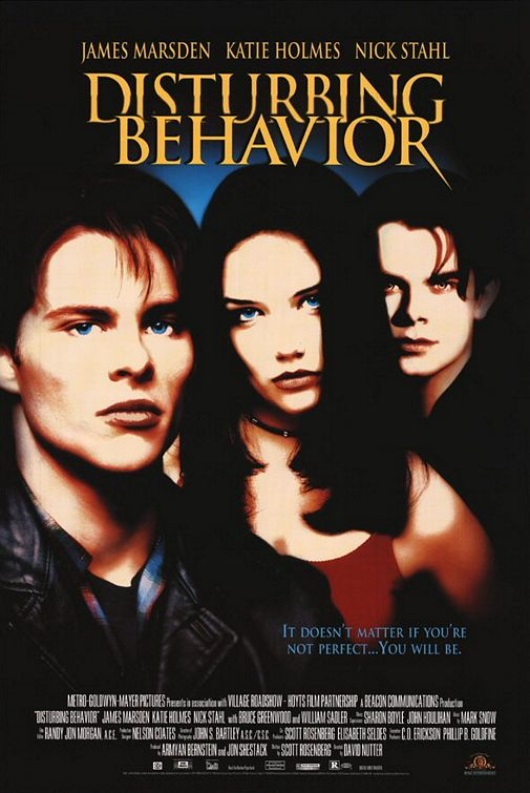 Much like Invasion of the Body Snatchers or any of its numerous remakes, whether it was called Invasion of the Body Snatchers or something else, Disturbing Behavior is just another variation of the same themes, the only difference being the setting and the characters. Despite what it lacks in originality though, it still manages to be one of the better teen horror films of the Nineties, not as good as Scream perhaps but better than Urban Legend.

Starring Katie Holmes when she was still appearing on Dawson’s Creek, she would take the lead of a troubled teen, being forced to move with her parents to what seems like an idyllic little town where Archie Andrews might call home if it were any more like Riverdale. To drive the point home, there is the local football team who all wear varsity jackets and hang out at the local diner, a group of people that she wants nothing to do with and a place she would not be caught dead hanging out in. Be that as it may, Holmes’ character Rachel Wagner begins to merge into the local scene, finding a couple of souls who share common interests as her, all the while just trying to survive the utter and complete goodness that surrounds them. There is an undercurrent of menace in the community though, a worm in the apple, something unnatural and something that rears its head through some of the local students when stress or anger is introduced into the picture. It is this wrongness that makes itself known to Rachel and it soon becomes more commonplace, turning those she would call friend into sheep, more of the same cookie-cutter do-gooders who 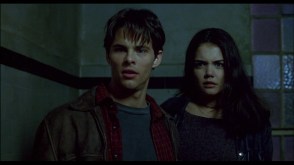 inhabit the town and it is then when she knows she has to get out or suffer the same fate.

There are little special effects present in this tale of horror and very few scares as well. In its place, the director makes good use of tension and suspense which is not exactly what most were probably tuning in for, but it does work and for those few moments where fright does rear its head, it is done effectively at the very least. Holmes does her best with the material and plays the part convincingly, selling those moments as good as she can and it works proving that at this particular point in her career, she could play more than the love interest to a teen with rose-coloured glasses. As for the rest of it, director David Nutter did a good job, creating a movie that never stopped nor lacked for interest, keeping its audience watching.

Perhaps the most interesting aspect of it all was the fact that the film changed things up by turning the bad kids into good ones instead of the reverse with Nick Stahl being the main victim. With some good performances from James Marsden, Bruce Greenwood and Ethan Embry to name a few and a cliff-hanger that would never get resolved in a sequel that would never materialize, the movie managed to satisfy and stand out amid the glut of teen films released at the time.