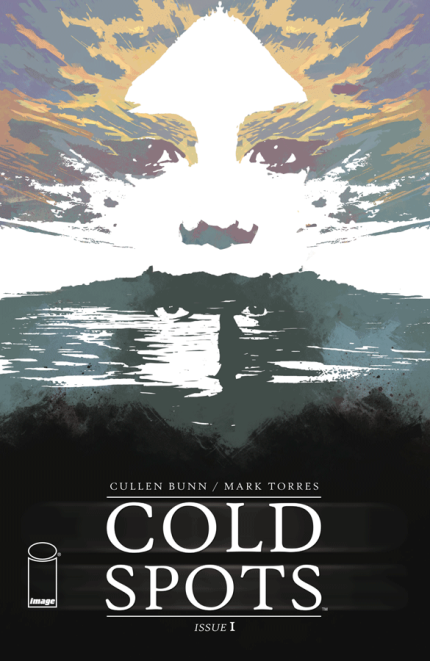 The Story – A girl goes missing, an old love is called in to investigate and a he discovers horror along the way.

The Take – Cold Spots is yet another new title from Cullen Bunn who is joined by Mark Torres, who in turn delivers some moody artwork – a perfect accompaniment to a story which is just the same. This particular title seems to deal with ghosts, something which is not often explored within the realm of comics these days. To that effect, Bunn creates a story that does not necessarily spell it out that these creatures are in fact otherworldly shades, for they could be demons as well and only time will tell just what it is that they turn out to be. Suffice it to say, the makers of this tale paint them with a brush that is one part scary and one part disturbing. The story itself deals with a girl who has gone missing, a woman and a daughter her father wants found for with her disappearance, so too did his granddaughter vanish. The person he turns to just so happens to be a man his daughter was once involved with and as revelations are made, a man who just might be the father of her daughter. As it is, Mr. Kerr by name, takes the case because he now has a more vested interest than the money he is offered to find them. While the book is interesting and quite good overall, there is not a whole lot going on as of yet, though everything the reader needs to know is introduced. It began with a woman who can see her dead children before finally moving on to the main character and the central plot to the book before ending on a scene of dread and death. It is thankfully enough to pique one’s interest so that by the end of it all, they will want to come back for more and to discover just where it is that Bunn and company are headed. There may be no action present, for comic books can be more than just heroes and villains fighting and as far as the horror genre goes, Cold Spots is a welcome addition to what seems a very promising start. For those that might think this is a bit of a slow burn, they are indeed correct, but sometimes the build is just as much fun as the payoff and if anything, Bunn knows what the genre demands and there is no doubt that he will end up pleasing the masses more than not.