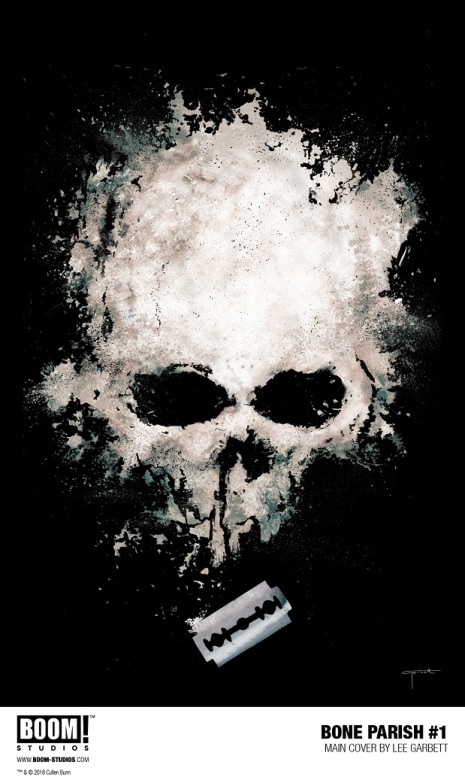 The Players – The Winters Family

The Story – A new drug has hit the streets and everyone wants it. An otherwise normal family who has created said drug, has a few problems of their own.

The Take – Cullen Bunn, a master of the macabre in his own right, brings a new comic to the stands through BOOM! Studios with the help of illustrator Jonas Scharf, one that starts out fairly unassuming with its horror soon becoming very apparent. It begins with some drug-dealing, a common enough activity in this day and age and it takes a little twist when the origins of the drug are made known. To say it is slightly unsettling is putting it lightly and one has to read the comic to find out just what the source is as it will not be spoiled here. Suffice it to say, getting product to create the drug is not so much a problem as it is not getting caught and that is a dilemma that family matriarch Grace Winters will deal with when the time comes. There is yet one more conundrum which surfaces for Grace and her family and it comes in the form of a rival, one whom she thought she might expand the business with but is one who has designs on buying her out and taking over the entirety of the operation. Grace will not sell of course, it is the family business, but the threat cannot be ignored. By the end of the book, Bunn and Scharf have painted not only a chilling portrait of a fearsome new drug, its side effects and some possible bad situations Grace and her kids might find themselves in, but a sad one as Grace is not only the progenitor of this new substance, but a user as well. It is made clear as to why she avails herself of her product, the main effect of the drug producing illusions, visions that she uses for comfort as she cannot get past the loneliness and sadness that she feels. Yet, there is an even deadlier side effect that leaves the book off on a bit of a cliff-hanger. The story is strong which is good to see as Bunn is sometimes hit and miss when he is stretched so thin between the multitudes of publishers he works for and the artwork is both evocative and moody, a perfect match for the horror found within the pages of this issue. While one can guess at just where the book might lead, Bunn always has a few tricks up his sleeve and reading the second issue is a forgone conclusion after this well-executed beginning.