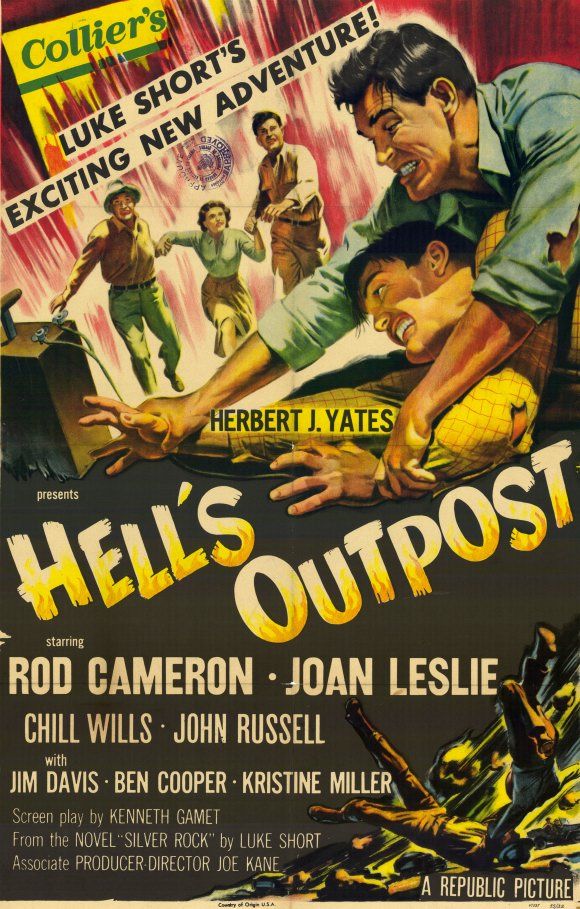 Hell’s Outpost is a solid B film from Republic Pictures, one that finds two men fighting over both money and a woman – the two things most people tend to fight over since time began. The two men in question are Ben Hodes and Tully Gibbs, played by John Russell and Rod Cameron respectively and while they do not start out as rivals, it takes little to no time at all until they are at each other’s throats. It begins with a fight, one which Ben loses and it not only costs him the girl he wants, but a good sum of cash which is transformed into a competing 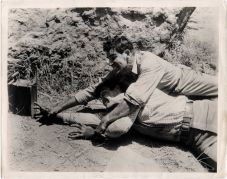 business – something he will not abide. Come the end of it all, only one of the men will walk away, the price of such being the other’s life.

Though this movie would never make it atop anyone’s favourites list, there is a lot to like here, from the script which is surprisingly smart at times to the performances from all of those involved including the woman in the middle of it all played by Joan Leslie and the always enjoyable Chill Wills. No matter how bad a picture can be, Wills always adds a ray of sunshine and thankfully, this film is a good one thereby making Wills an added bonus. There is a lot of arguing and fighting done in the movie, especially once Tully gets his mine up and running and it is during these moments that Russell and Cameron shine, almost as if the conflict in the film would bring out the best in the actors.

There is little to fault this picture as it entertains from start to finish, being one of those movies that most would pass on due to the lack of star power but one that ultimately surprises the viewer by just how good it actually is. Though much of the film is centred on the beef between the two men, the love triangle with Leslie in the middle adds a lot of texture to the film and provides a starting point for the conflict which Tully soon finds himself in. Altogether, Hell’s Outpost is if nothing else, a pleasant way to while away an afternoon. 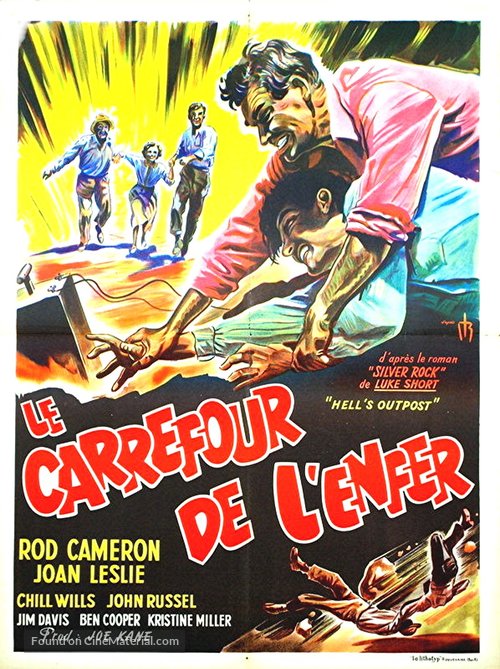