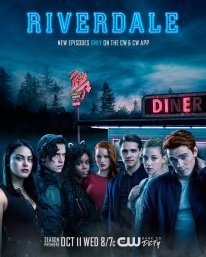 Game of Thrones – A medieval dance contest takes place with a continent as the prize. There are also dragons.

Riverdale – These are not the Archie Comics characters that you might have grown up with and it ends up being a good thing as teenage drama has never been so great.

Dark – A classic whodunit made even better with time-travel and powerful performances. Stranger Things’ big brother.

Stranger Things – Steve cannot understand why some people think babysitting is so easy. Also, a young girl returns from facing some personal demons to take care of the real ones knocking down the doors of her friends.

Godless – A well-acted, slow-burn and slightly unconventional western that sinks its teeth into the viewer for seven fantastic episodes. Jeff Daniels’ character is both complex and diabolical and stands out amongst a very strong cast.

Mindhunter – There are no musical numbers or alternate universes despite the presence of Jonathan Groff and Anna Torv respectively, but the show does chronicle the birth of the science used by the FBI to catch serial killers. One of the year’s very best.

GLOW – A look at the beginnings of the Gorgeous Ladies of Wrestling featuring Alison Brie as the lead and some actual wrestlers to give it a little credibility.

Legion – A completely different kind of superhero drama that looks at a man whose powers come from his fractured mind.

Ozark – Jason Batemen rips off the mob/cartel, does Jason Batemen stuff. Far superior to how it sounds and some of his best work. 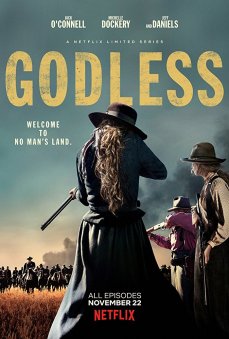 Blood Drive – The Cannonball Run with cars that run off of blood and a madman in charge of the race.

13 Reasons Why – Depressing but compelling – a strange combination that makes for good viewing.

The Punisher – Frank Castle lives again in a television series to call his own. Extremely well done.

Dear White People – Social injustice set in school, packed with both drama and comedy and made more interesting by the fact that each episode focuses upon a different character. Incredible from start to finish.

Preacher – The Garth Ennis and Steve Dillon comic come to life that is a definite must-see.

Liar – A he-said/she-said crime drama that hooks you in.

The Crown – Who knew that the lives of Queen Elizabeth and the Royal Family would make for such compelling television in 2017?

The Good Fight – A continuation of The Good Wife sans its main character.

Longmire – It came to an end, but did so with a bang.

Bates Motel – Just like Longmire, the story of Norman Bates had to finish and made for some of the best television of the year.

Other good stuff – The Defenders, Iron Fist, The Flash, Arrow, Supergirl, Legends of Tomorrow, Gotham, The Gifted, The Strain, Modern Family, The Loch

What were some of your favourite shows?

Tagged as: Favourites, Favourites of 2017, Television, The Telltale Mind