Thor: Ragnarok – Comedy, action and the Hulk as a gladiator!

Band Aid – A moving drama, sometimes funny and filled with song about a couple trying to make their marriage work.

Get Out – Ranked among not just the best horror films of the year, but films period.

Wonder Woman – The best DC movie to date and where the company should take their cues from going forward.

Brigsby Bear – Quite possibly the most charming movie of 2017.

Kong: Skull Island – A fantastic film that brings the giant ape back to the big screen with a great backstory that will eventually 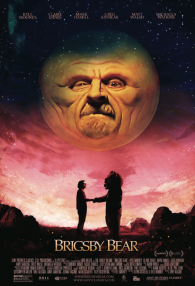 find him squaring off against Godzilla in the near future.

Guardians of the Galaxy 2 – Perhaps not quite as good as the original, but utterly hilarious and with Kurt Russell too.

Bright – Lord of the Rings meets police procedural in this Netflix original that begs for a television series sequel.

Gerald’s Game – One of the best Stephen King adaptations ever, both disturbing and utterly enthralling.

Valerian and the City of a Thousand Planets – A big science-fiction film of which there are too few of. 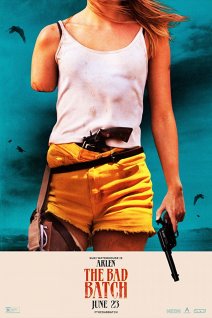 Logan – The best Wolverine movie yet that introduces X-23 and features an incredible performance from Patrick Stewart.

John Wick: Chapter 2 – The best shoot ’em up of the year.

Spider-Man: Homecoming – Spidey done right with Michael Keaton killing it as the Vulture.

The Babysitter – Fun horror-comedy about a kid trying to survive the night from his babysitter who is looking to sacrifice him.

War for the Planet of the Apes – The latest chapter in the Apes saga that perhaps finds them discovering a little peace when all is said and done.

The Bad Batch – A bit of a different take on cannibals sometime in the future.

What movies did you enjoy this year?

Tagged as: Favourites, Favourites of 2017, The Telltale Mind