Out in space is a planet called AC9 and on the surface of said planet, replicas of human dwellings are discovered and not only that, but that dinosaur made famous in Jurassic Park many years before – the Raptor. A lot of Raptors. Being a Sci-Fi/Syfy production, it is what one would expect with a plot that is never made clear until nearly an hour into the movie. It still ends up being slightly

confusing because some revelations come from an alien that is the last of its kind and dies on the human commando team soon after and then later on by a man who tells the team that they are all a part of a grand experiment involving the Raptors and that this planet has been known of for quite some time and it just goes on from there. So while the background might be interesting in a way, it is somewhat marred by the bad storytelling and in the end, matters little as all anyone needs to know is that the soldiers who have landed on this planet must survive the Raptors if they expect to get back to their ship.

Nice to see is that there are some familiar names among the cast with Steven Bauer, Vanessa Angel and Ted Raimi. They may not be the biggest stars, but they are not all that bad, yet 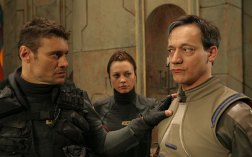 sadly, the script they are given is not the best it could have been, but they do manage to lift the material up just a fraction, still hampered by the special effects which for the year 2007 in which it was made, should have been far better than they were. Far away shots of the dinosaurs were not so terrible, the creatures just prowling around the outside edges of the screen, but when close up, they definitely looked fairly cheap. On the plus side, the visual effects in this film were not as bad as some of the movies that would make their way to the channel that would simply end up being ridiculous. Still not great and yet as it is, the CGI is good enough to keep things going without completely breaking the narrative and in the end, turns out to be more entertaining than not.

Created as a sequel to Raptor Island, it has nothing in common with that particular picture aside from the Raptors that appear within, but when has little to nothing ever stopped a sequel from being made? So with some cheesy deaths, corny lines and a little fun with Ted Raimi, Planet Raptor makes for a good waste of an afternoon. 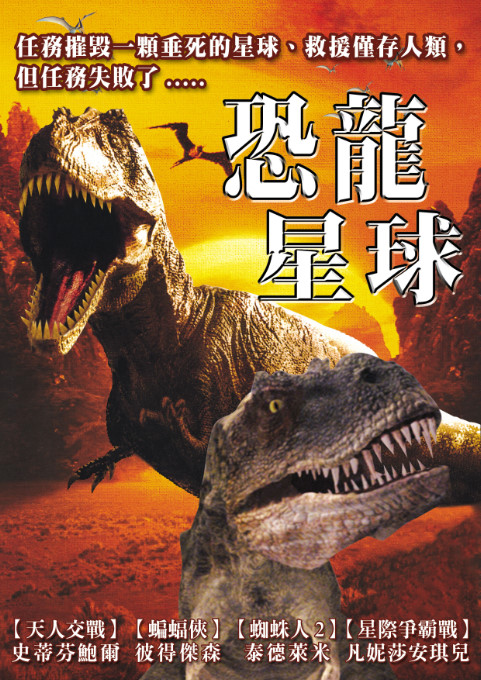