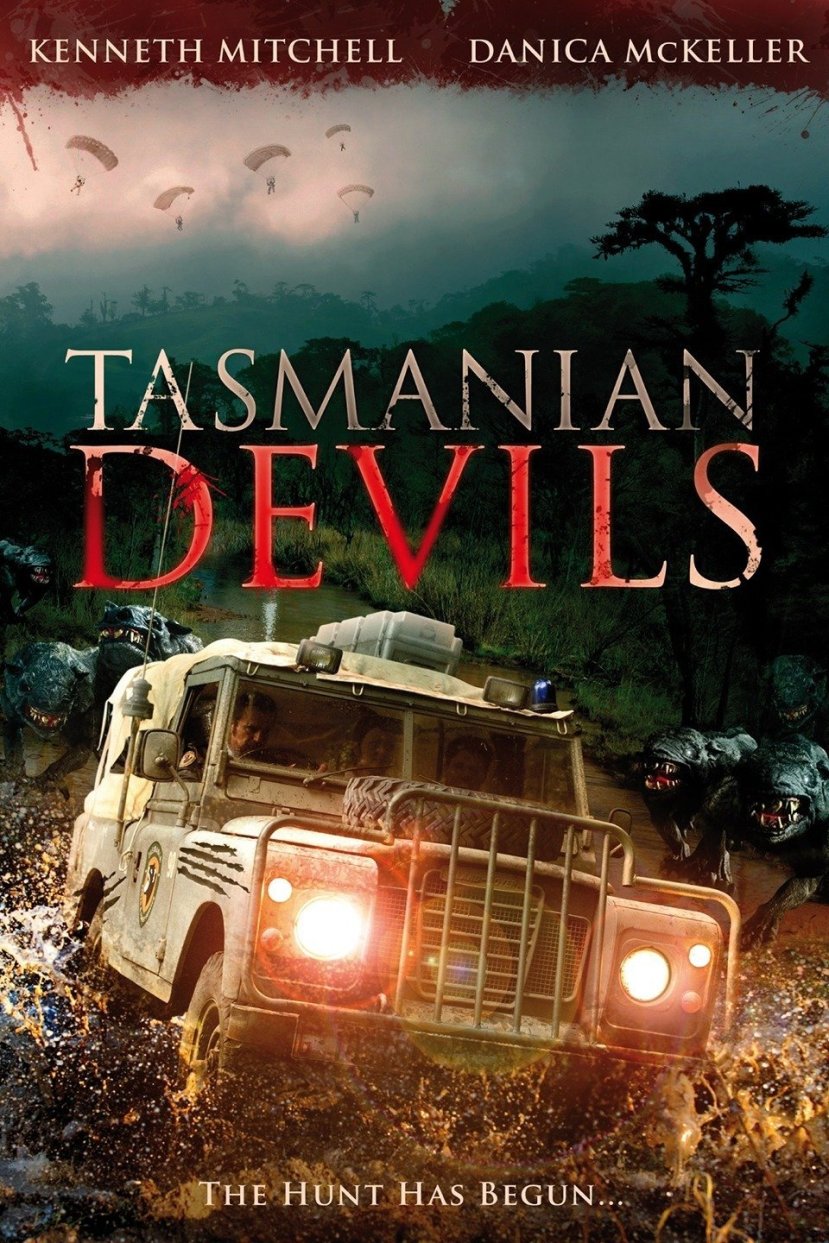 For a completely fun film about mythic, blood-thirsty creatures, look no further than Tasmanian Devils starring none other than Winnie Cooper herself, Danica McKellar. In this motion picture, McKellar is all grown up and stars as a park ranger in Tasmania whose shirt just barely fits as she runs around the wilderness trying to save a bunch of thrill-seekers before they get themselves killed by monsters that should not exist in the present day. Said monsters are large and ferocious and it will take everything the group has to stay alive and ahead of the devils if

they are to remain alive.

Called Tasmanian Devils, the film does not offer much hope in the way of being good. It literally screams B movie, but some of the best movies are as such and this one can count itself among them. The story is compelling and entertaining and the actors are solid with a decent script that does not make the audience cringe whenever a line is delivered. With Roger Cross, Terry Chen and Rekha Sharma rounding out the cast along with a few others, McKellar and company deliver a fast-paced thriller that rarely stops once it gets going. During those few moments where the movie does take pause, one can see that a bit of the characterization when it comes to certain cast members is a little poor and the acting from a couple of them a little less than stellar, but in the end it all balances out and remains enjoyable for the bulk of the picture.

In fact, aside from the really shoddy special effects when it comes to the monsters, the movie is eminently watchable. It would have worked a lot better if the creatures had remained in the shadows as they did during one of the first scenes where they appeared. More of a hidden menace than anything else, the devils could have stalked their prey and dragged their kills off-screen rather than be shown as they did throughout the picture as they were. If a filmmaker knows that they do not have the money to portray their CGI character with any sort of believability, there are other ways to do so. Sadly, that was not done here and thankfully, while it did take away from the horror of what was happening, it was only marginally thanks to the better than average production.

Tasmanian Devils will never be heralded as the best film ever made,both clichéd and predictable, B movie or no, it does entertain which is more than a lot of movies of its ilk can say.