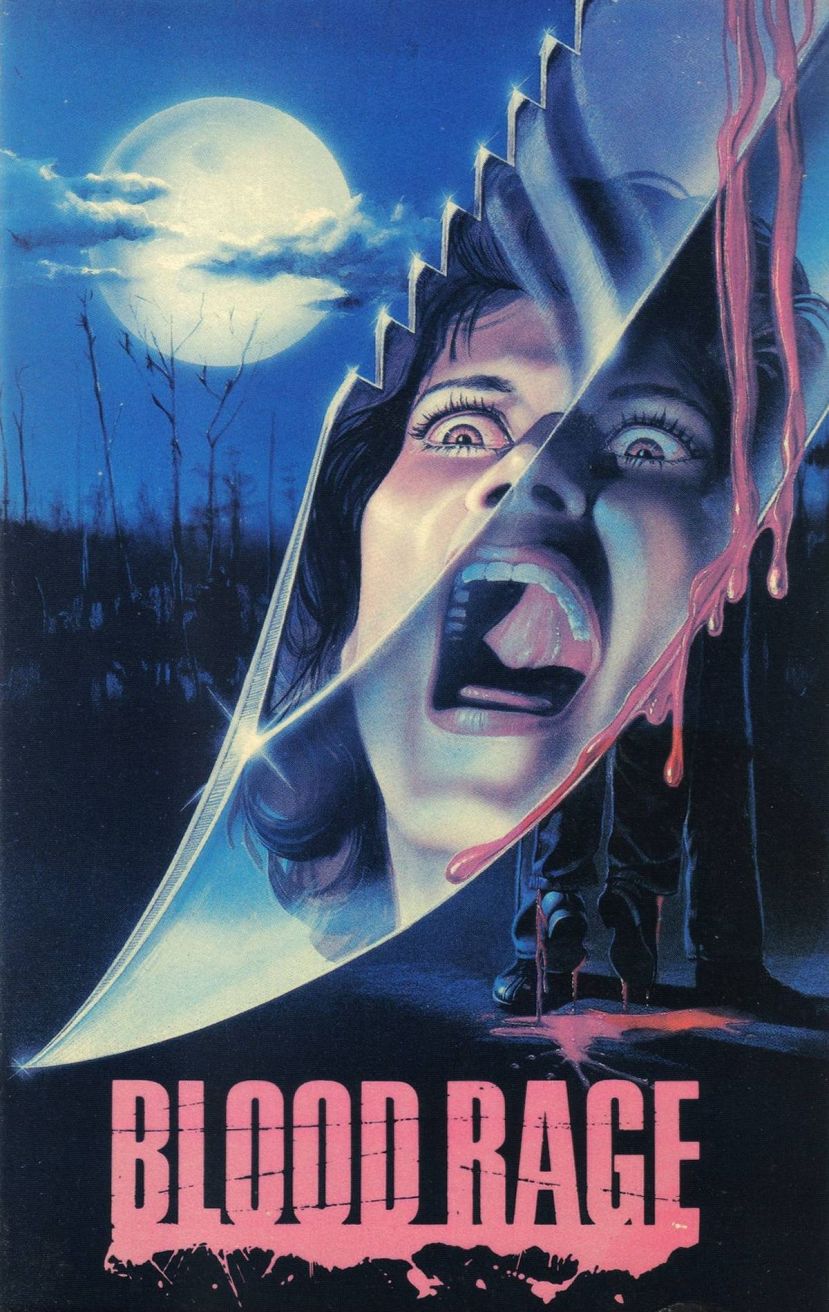 The average slasher is about a madman on the loose, killing those of the fairer sex or sometimes those of both, until karma finally catches up to he or she. Blood Rage takes that simple premise and puts a twist on it to keep things interesting, creating a very bloody and compelling piece of film that never ceases to keep one amused throughout its eighty-two minute running time. Written by Bruce Rubin and directed by John Grissmer, they create a slasher far better than many of its peers, with a killer just as memorable, if not largely 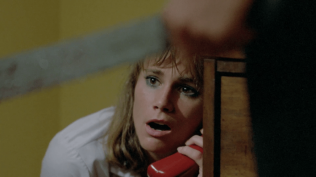 forgotten by those that have stood the test of time.

Taking place primarily in an apartment complex, the story concerns two brothers named Todd and Terry. Terry is disturbed and after he murders a teenager who is having sex with his girlfriend in a car, he frames Todd for the deed which sends the innocent brother to an asylum for the next decade. After all those years locked away, Todd manages to escape, looking to put the hurt on Terry and finds out that his brother has been on a killing spree. When it comes down to the wire though, Todd is unable to stop Terry, leaving the viewer wondering just which brother it is that will come out on top.

As previously stated, the movie is a bloody one once Terry as played by Mark Soper, starts killing in earnest. The film definitely lives up to the term slasher as Terry likes to get up close and personal when he kills, often with a machete but when opportunity strikes he will use whatever he can get his hands on. There are some fairly graphic scenes, Grissmer not afraid to show it all on screen rather than just 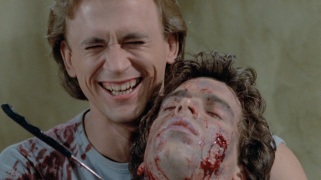 alluding to it. It is more visceral horror than psychological and there is no shortage of blood to be had when Terry lashes out. Soper does a great job of portraying the sociopath, as well as his more innocent brother, especially when compared to some of the cast like Louise Lasser who really overdoes it as overbearing and neurotic mother who one can find eating dinner off the floor for a good chunk of the movie. Thankfully the rest of the cast were a little more grounded, despite ending up as unknowing victims of the wolf in their midst.

Admittedly, there is a little cheese present of course and it almost seems like a prerequisite for slashers. Some of the dialogue and the one-liners are not as good as they probably could have been, but the film almost revels in it, as if everyone working on it knows and does not care in the slightest. It ends up adding a little lightheartedness to what would otherwise have been an overly serious exercise in horror, not that there is anything wrong with that. The idea of twins almost seems contrived, especially with the cliché of one being good and one being bad, but it works extremely well, almost as if that particular plot was made with the horror genre in mind. As it is, this little known slasher is more fun than it probably has any right of being with an ending that was definitely not expected.