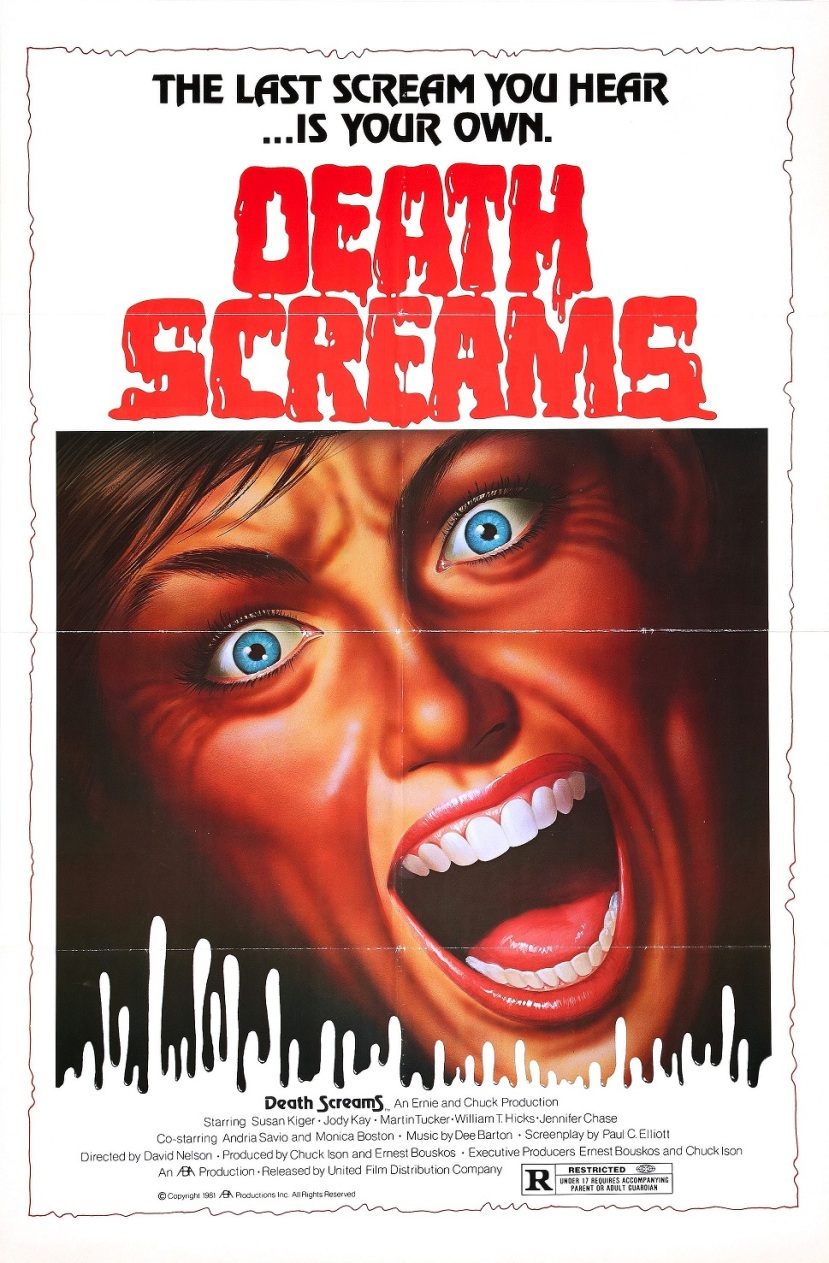 Directed by David Nelson, Death Screams is a slasher film released in 1982 that makes one want to believe that it will be better than it is, especially considering its title. While it is a little short on horror, the murders not exactly being as gruesome or as plentiful as they could

be, the movie did end up being somewhat satisfying, no doubt due to the fairly decent acting present. It is quite surprising to say so as well as most low-budget horror films, those of the slasher genre or otherwise, usually tend to be fairly terrible. That being said, there is the odd headless corpse to be found that ends up balancing it all out and making for a good time.

The plot is a standard one – teens go out partying down by the river and a killer decides to take out his frustrations upon the group with a machete. The film does not exactly break any new ground or do

anything different from any other picture of its ilk, but it manages to do so in a very competent manner. The one thing that the movie does manage to do, breaking the mould just a little, is to feature a shower scene featuring a man in lieu of a woman. It is not that the film did not showcase its share of nudity pertaining to its female cast, but by at least turning the tables on one of the more established clichés to be found in horror, it made the picture at least a little more interesting than it would have been.

One of the only real negatives to be found is the choice of score, the music being too overly bombastic at times and not suiting the mood, the setting or the actions of those within whatsoever. Something a little more subtle or perhaps not quite as over the top as what was featured would have been better, but as it is, it did not take all that much away from the finished product. Overall, Death Screams was a fairly average movie, the subject having been treated better and with a little more care in at least a dozen other films and yet it was not all that bad and is worth a shot if one is ever given the chance.