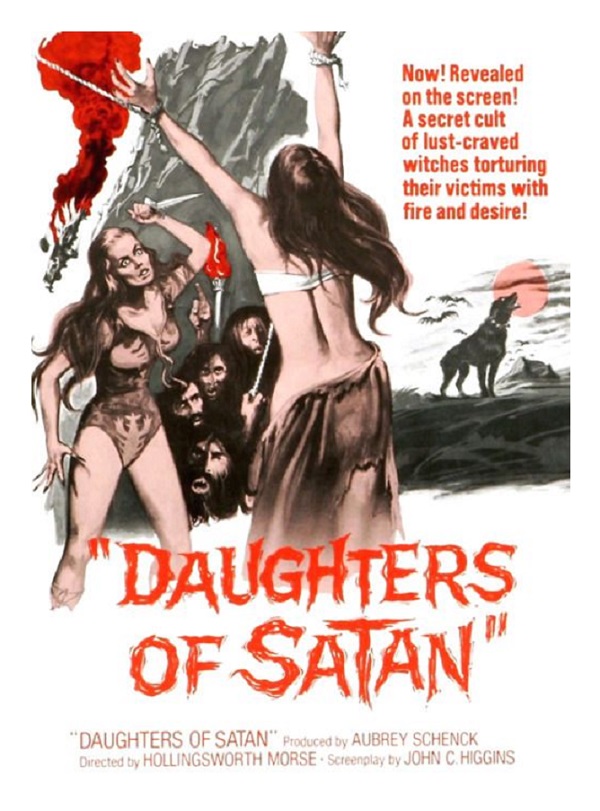 Future Magnum P.I. star Tom Selleck stars in this horror film about reincarnated witches who are out for revenge against the man that burned them at the stake and lo and behold, that man just happens to be Selleck himself. Made on a relatively cheap budget one has to assume, there is no gore or blood present even when at times there is the opportunity to show it, and that is perfectly all right as the picture

has more in common with movies like The Omen rather than the average slasher. The film rides along on suspense, the ability of the actors and by giving the viewer a constant feeling of unease. It is by all accounts, a pretty satisfying movie though the ending could have been a bit stronger, the payoff adding a touch more horror rather than finishing like the television film of the week.

It all begins with a painting that Selleck sees in a shop and he of course needing to buy it due to the fact that it is not only interesting historically featuring the burning of three witches, but also because the woman in the painting looks like his wife. Bringing it home, his wife is uncomfortable around it and soon, strange things start happening centered on and around said painting. Eventually, all of the witches in the portrait are made manifest and things escalate from there, director Hollingsworth Morse upping the quotient of abnormality and creepiness exponentially. Soon Selleck realizes that he might not make it out of this alive,

the past coming alive with consequences he could never imagine.

Though movies featuring creepy paintings are not exactly a new subject to tackle in the horror world, The Picture of Dorian Gray immediately coming to mind, Daughters of Satan managed to be quite entertaining, due in no small part to Selleck. The man could sell a person poison and they would happily drink it, Selleck being so affable and charming even when his life is threatened from reincarnated witches. While there was little in the way of special effects needed, those that were used for the painting were good and it gave the movie that subtle undercurrent of tension and horror that would be present throughout. Adding in a big black dog also did not hurt matters and honed in on the Satan part of the movie’s title though the horned one would not appear, instead the picture focusing solely on those deadly women within.

There are many who will probably never have heard about this film, never mind having seen it, but if given the chance, Daughters of Satan is worth at least one watch, if only to see Tom Selleck in something out of his normal wheelhouse.