Devious, Devilish and Dangerous – The Spider Woman Strikes Back (1946) 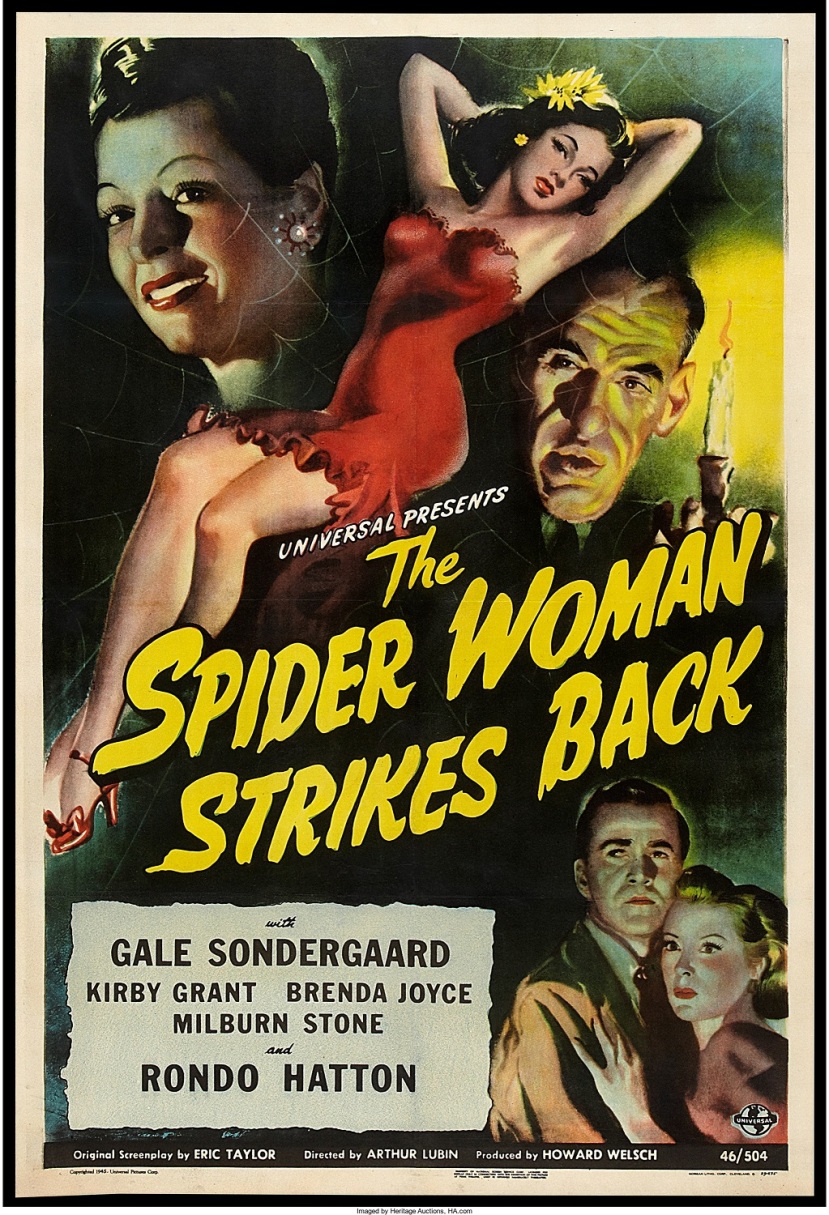 The Spider Woman Strikes Back is an entertaining chiller from Universal that finds a young woman named Jean Kingsley move to a small town to take up a job as a secretary for a blind woman known as Zenobia Dollard. Unbeknownst to Jean, Zenobia has had many previous caretakers who have never seemed to work out for one reason or another. As it turns out, the previous women have been fed to her 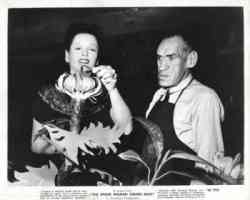 carnivorous plants while Dollard uses said plants to poison the local cattle in order to scare the ranchers off. Things of course, never go quite according to plan as Jean and a local man are kind of seeing each other and when he gets worried about her, he starts to investigate and the entire evil plan unravels.

Brenda Joyce takes the lead as Jean, a young woman who looks to be searching for something in her life without knowing exactly what it is. Looking after Zenobia as played by Gale Sondergaard is just a stop along the road to finding that something, but it ends up being far more than she bargained for. What is quite interesting about Joyce’s character is that she seems to understand that something is happening to her soon after she arrives and that those around her are responsible for it. She is in fact being poisoned and it is all so that the plants in Zenobia’s arboretum get their daily dose of human blood. When everything goes wrong towards the end of the

picture, it makes one wonder why Zenobia would insist on using human blood when she most likely could have used animal blood. It is not as if the plant could tell, at least one would assume so and it would have give Zenobia a far greater chance at success in her plans. Also starring in the film is Rondo Hatton as Zenobia’s servant Mario, a man who does those things that she simply could not, and not because the woman is blind – for she is not in the slightest. Hatton does a great job of slinking around the house after Jean, doing Zenobia’s dirty work, but it is Zenobia who is the real villain and Hatton just another victim.

While the title itself is quite misleading as there is no ‘Spider Woman’ present, Sondergaard does a great job of playing the villain. Though the horror in the film is more low-key than anything else, an actual scare or two would have been appreciated at the end of the day. When all was said and done though, The Spider Woman Strikes Back turned out to be a nice little gem from the heyday of Universal’s horror machine, a movie most would probably have overlooked amongst the more famous monsters of the day. 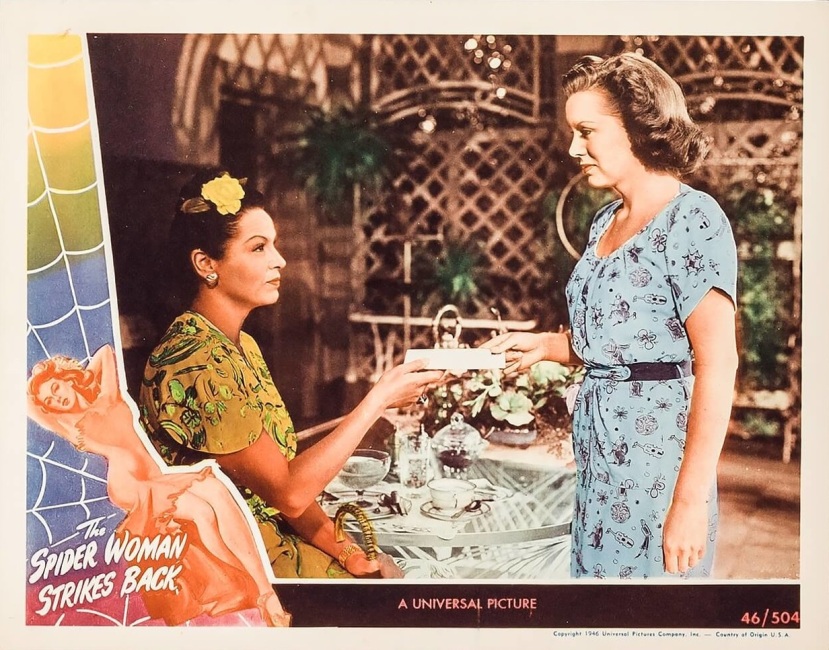